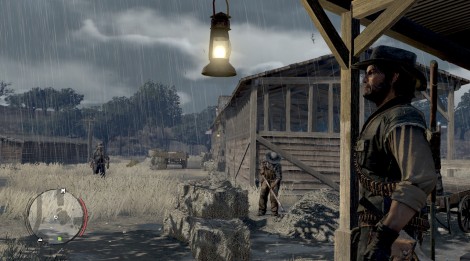 It’s safe to say that Red Dead Redemption exceeded the sales expectations of just about everyone. It is a massive experience that took years upon years of development from the dedicated team at Rockstar San Diego. Recently, Rockstar announced that 4 more packs of downloadable content will be heading to the title in the next 6 months. It would seem that business is good in the Dying West.

However, game development reality has struck again and this week 40 members of the RDR team were laid off. In an industry still defined by development crunches, the fact remains that it takes a much larger team to develop a game than to support it. Add to that, no new project has been announced for the San Diego studio.

Despite these facts, as a converted fan of RDR and, through that, Rockstar Games, this news is pretty disappointing. It’s sad to see such a flagship game for the industry still being managed in such a way that they cannot foresee layoffs like this. I can’t help but wonder if contracting a 3rd party studio for a defined length of time to get the game out would have been better for those involved. It’s hard to say what exactly happened and if people knew this was coming all along. Either way, the situation has been publicly handled with dignity to this point, and we wish the departed team members the best. Just a troubling reminder of the maturity of the business behind the games.