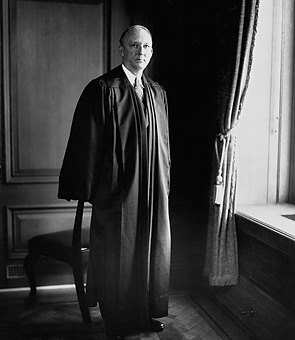 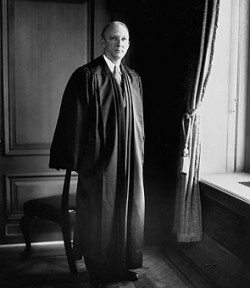 According to this justice, "No," suprisingly, means "No."

I hesitate to call this “news,” since that tends to indicate it’s “new,” but it looks like our honorable elected representatives are (yet again) trying to apply speech-restrictive legislation to games, regardless of the ever-growing list of state and federal case law confirming that video games are a form of expression and, therefore, protected by the First Amendment to the U.S. Constitution.

Representatives Joe Baca (D – California) and Frank Wolf (R – Virginia) have decided to give it another go by co-sponsoring legislation that would force games to come with “clear and conspicuous” labeling indicating levels of age-appropriateness. Interestingly, the “clear and conspicuous” label would be none other than the already ubiquitous ESRB rating with one minor change: it would require the additional language, “WARNING: Exposure to violent video games has been linked to aggressive behavior.”

Now, if you haven’t been following the research, Jack Thompson, or Brown v. EMA, don’t worry – we have. When it comes to the so-called “research,” the U.S.  Supreme Court applied something called Federal Rule of Evidence 702, which requires that, among other things, “expert testimony…is based upon sufficient data that is the, ‘product of reliable principles and methods.'” It’s not restricted by the application of peer review, but it does require that the original observations and experimentation are sound. The research that Representative Baca refers to (and the State of California relied upon) was that of Dr. Craig Anderson and a few others, “whose studies purport to show a connection between exposure to violent video games and harmful effects on children. These studies have been rejected by every court to consider them, and with good reason” (Scalia, J. 131 S.Ct. 2729 at 2739 (2011)).

If you translate Justice Scalia’s statement into colloquial speech, what he said was, “the ‘research’ that Congressmen Baca and Wolf would have referenced in this mandated labeling is crap and we don’t rely on crap as evidence in the Supreme Court.” To add insult to injury, the required warning would show up on all games not labeled EC, for early childhood. As the Electronic Frontier Foundation points out, “…games like Tiger Woods PGA Tour 13 or Carmen Sandiego Adventures in Math would require the warning, but you could get away without for Dora’s Ballet Adventure.” 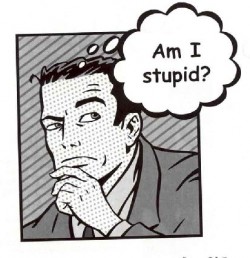 Not only is this ridiculous legislation based on questionable, if not outright worthless pseudo-science (a pet-peeve of mine), it’s a waste of time and money, particularly if it passes, because you know that the EFF and EMA and other industry and free-speech groups will immediately challenge it in court. There’s a famous line from Justice Hugo Black about the First Amendment. It goes “No law means no law.” When you add in that the Supreme Court opined, “[v]ideo games qualify for First Amendment protection. Like protected books, plays, and movies, they communicate ideas through familiar literary devices and features distinctive to the medium,” in Brown v. EMA, there are two conclusions that a reasonable person could be left with. The first is that video games are not a special medium that can be restricted just ‘cuz. The second is that certain legislators like Congressmen Baca and Wolf (as well as lawmakers in Louisiana, Illinois, and Massachusetts) have serious problems with their reading comprehension skills.

If you’re as disgusted by this as I am, you can contact your legislator at this handy EFF link and let them know that H.R. (House Resolution) 4204 is bad law, likely to be struck down, a clear violation of the First Amendment and, if you want to throw in some buzzwords, “a waste of taxpayer money.”