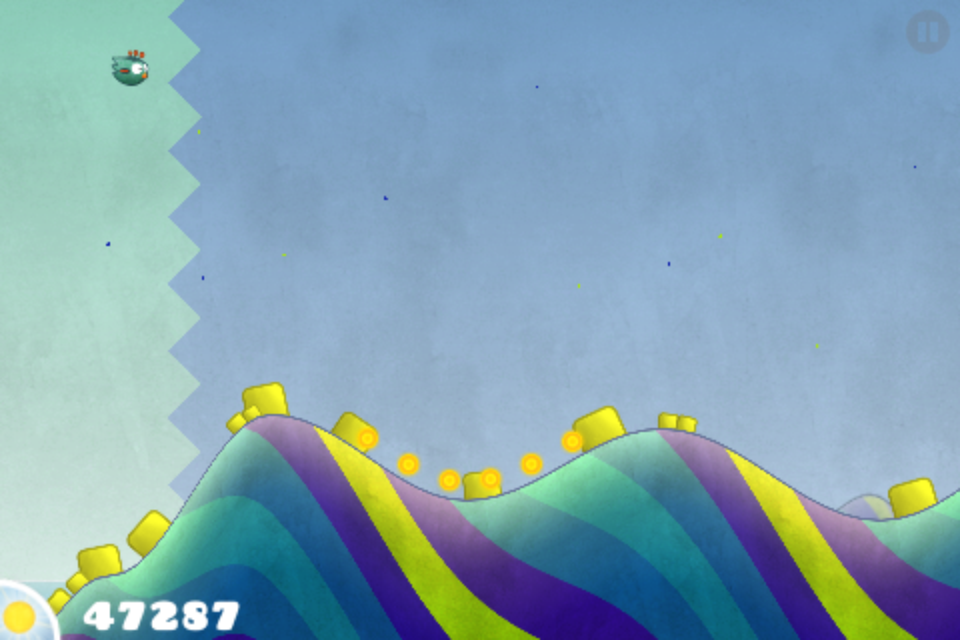 Ever since I dumped my Droid X at the beginning of this year and sprinted back into the loving arms of an iPhone 4S, I have been enamored with a simple iOS game called Tiny Wings. It’s been the go-to-game at the doctor’s office, road trips, and during the horrible television shows that my wife enjoys. In fact, it is the third-most used app on my phone outside of Facebook and Tweetbot. For being such a simple premise, I have logged more time in this game than any of the games that came out during last year’s “Mega Release Fall.” 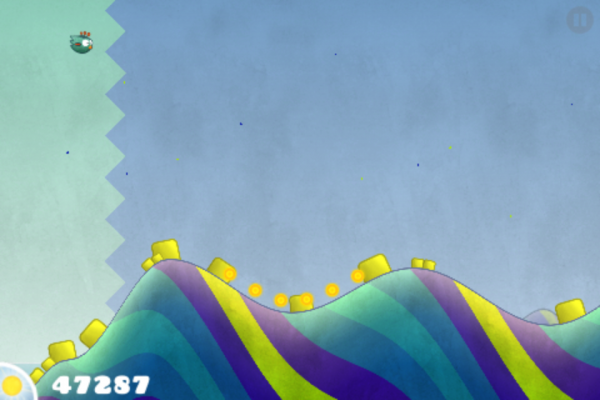 Every day, a new set of levels greet you in the morning.

If you haven’t heard of Tiny Wings before, then shame on you. It’ s a $0.99 app in the App Store, so if you own an iOS device you really don’t have an excuse to not buy it, unless of course you have your eye on a delicious McChicken. But that’s more expensive and insulting to a game starring a feathered friend. You play as a bird who just can’t seem to stay in the air for a long period of time (probably due to the size of his wings, but I’m just guessing). The game basically has you racing against the sun to see how many different islands you (and the bird) can reach before nightfall. For some reason, birds who dream of flying can’t do so at night. Each island has a different conglomeration of hills and valleys that you want to use to propel ol’ Tiny Wing as far and as fast as you can go. Like I said, it’s so simple and yet so addictive.

If you people thought that other bird game was addictive, try this one on for size. It has a collection of challenges/achievements that keep you engaged and entertained even though the gameplay is repetitive. After defeating each challenge, the reward permanently increases your score multiplier. For all those high score chasers, it’s pertinent that you get all the multipliers. Some of the challenges, like “do 20 cloud touches while not in bonus mode” are damn near impossible, but others like collecting 100 coins are pretty easy to do.

After two months of playing Tiny Wings nearly every day I finally got all the “cheevos” and could try my next and final goal of getting the highest score possible. After doing some research on GameCenter I found out that the highest score possible is 400,000. I’ve yet to even reach 300,000 but it hasn’t stopped me from playing daily. Probably the coolest thing about Tiny Wings is that it changes levels every day. Each day you fire up the game, the level layout is different. Adding a different feel to a one button game is important and the German creator of Tiny Wings, Andreas Illiger, realized that. 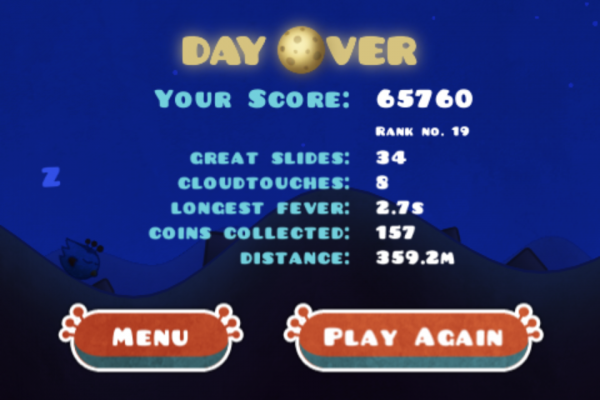 The draw is in the stats.

There are many impersonators of Tiny Wings on all the different app stores, as well as some on the Indie channel of Xbox Live, but don’t go for those bad knock offs. Stick to the original. It’s been out for a little over a year now and still is one of the best options out there in terms of mobile gaming. I can’t wait to see where Andreas Illiger goes from here.