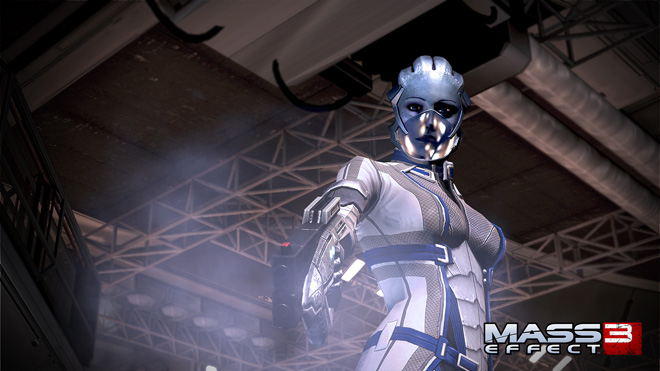 Meanwhile… we’ve actually been playing games. Each week we recap our recent gaming experiences and tell you what we’re looking forward to, so you can use your time more wisely than we have. Surprisingly, not everyone is hanging out in space. Although some of us are hanging out in space times two. 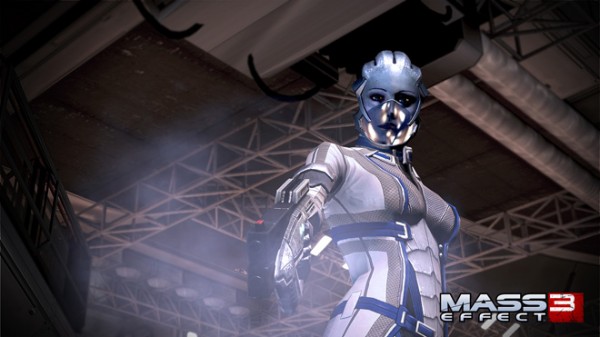 Right now, I’m playing the “Stay Awake” game as a result of a marathon session of Mass Effect 3 last night that ended sometime after 1 am. However, when I’m not playing “don’t take a nap on your keyboard no matter how comfortable it looks, you’ll get fired,” I’ve been working on a New Game + of Dead Space 2, which I think is the better of the two Dead Space games. The sheer amount of upgrading and unlocking you can do in that game is insane. Also, I dismembered 2,500 limbs recently. Yes, that’s an actual achievement. Hard though it may be to believe, I even found time to start in on Vessel on PC for a couple of hours (check out my Reflex Review).

And then, there’s Mass Effect 3. Despite what Raptr says, I’m only about 5.5 hours in – it goes without saying that I love it, especially the story. The early reservations that I have aren’t unique to me – we’ll see how I feel about it when I’m 40 or 50 hours in. The Kinect integration, though, is solid…I like yelling at my TV, anyway. I’m sure I’ll have more on ME3 later, but right now, I’m going to get coffee. 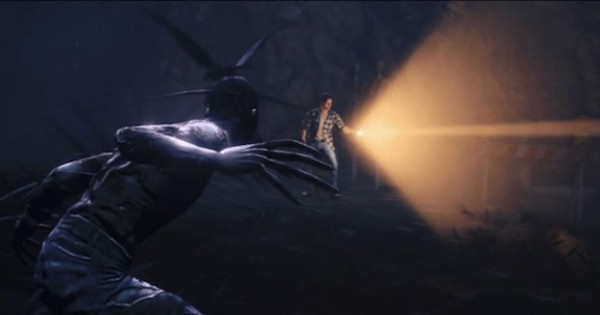 I’m finally freeing up more time to get a little back into gaming, and what a time to do it too! I just completed Alan Wake’s American Nightmare, and I was really impressed with the game. Once I started it I couldn’t stop until it was finished. I should also mention that Steam is growing on me, and I recently picked up The Binding of Isaac. I’m having more fun with that than I thought I would, and I’m happy to be playing that for some good ol’ fashioned awkward humor and gore.

I also picked up Mass Effect 3, and I have been traversing relays and battling Reaper scum. I’m still trying to withhold my judgment of that game as I’m only 6 hours in which is really probably like 4 because I take my time talking to everyone and finding everything I can.

Upcoming, I’m hoping to get some more quality time with Mass Effect 3, and I just picked up MLB 2K12 (360) so I’m going to start getting amped up for baseball season in my own way. 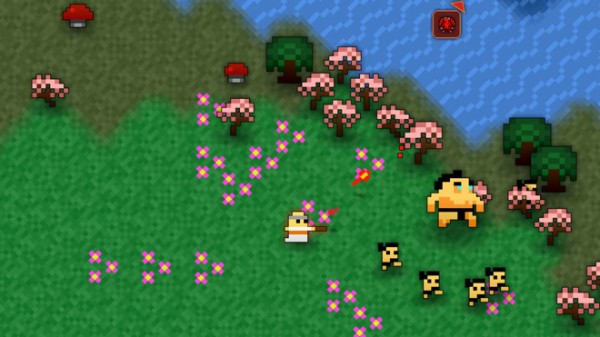 I’ve been sick as hell the past few days, but it didn’t completely stop me from gaming. When I’m sick, I usually crave games that are somewhat mindless and enjoyable. My pick of the flu has been Realm of the Mad God. I’ve unlocked a few new character classes, reached Raptr’s coveted “Elite” status, and taken the top spot of my Raptr friends list.

Before I got down with the sickness, I was getting more game time while running errands thanks to the ol’ smart phone. In this case, however, my mobile gaming has been a game that was never intended to be mobile. I’ve been playing through an old favorite from the 90’s, Shining Force. Like most of my old 16-bit favorites, it’s still as fun as the day I plugged the cartridge into my Genesis.

I don’t want to be the only person that doesn’t mention Mass Effect 3, so I figured I would mention that I haven’t picked it up, yet. I didn’t pre-order it, and I don’t have money for a new game at the moment. In fact, if it weren’t for Ethan’s Cheap and Dirty Gamer series, I probably wouldn’t be trying new games at all until I get some of these bills paid off. 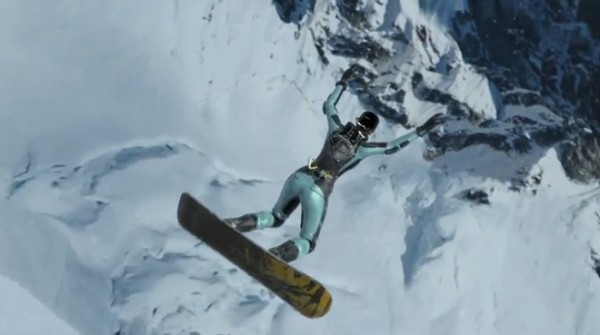 May need a wingsuit

First of all, I have to mention the most important game I’ve been playing over the last week. It deals with defying gravity and creatures taking over the planet… by carving snow and ice on some of the sickest slopes they’ve ever seen. SSX, as I’ve proclaimed over Twitter, just might be my favorite game of the year this early into 2012. I hope to eat my hat before this leap year ends, but it’s been a long time since a game had me willing to do the same thing over and over for hours at a time just to beat my records and earn cred. I don’t regularly play a lot of sports games, but there’s always room in my heart for more snowboarding.

With that out of the way, I do currently have Mass Effect 3 set to spin in my xbox. Oddly enough, I’ve mostly been playing multiplayer with my cousin and I can’t say I expected that. I’ve got a busy life schedule at the moment and just haven’t had the time to just hide away and get my Shepard story rolling to the finale with no distractions. Not that gaming with family is a distraction. Or is it? I don’t know, but we have fun and shoot things so that’s gotta count for something. 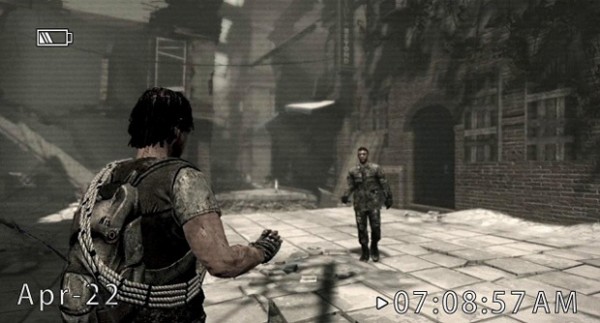 You came at me, bro. Remember that.

After a few marathon weekends, my Mass Effect focus strangely let up a bit when 3 was released this week. I think it was a combination of indecision about if it was worth seeing through my new playthroughs before jumping in or not. Plus I did get a new sound system our living room this week and that took a night to set up. Once all of that was in order though, I finally jumped in to save Earth with my forgotten Damien Shephard. I may not know the man anymore (especially since his appearance failed to import), but Mass Effect 3 has a helluva start. Also, the game is just gorgeous (I recommend checking out ME1 just to see how far the game has come). I do think that I will finish up Mass Effect 1 as I am right at the end. Jumping into 2 could take a bit more motivation than I have.

I’ve also been really intrigued by I Am Alive and part of me wants to finish that game before it gets completely lost. I played about an hour of the game and dug the atmosphere. I gotta say though, even though my first kill was technically self defense, I felt a bit guilty holding a guy up with an empty gun and then kicking him off a ledge. I do have a nice knife now though. 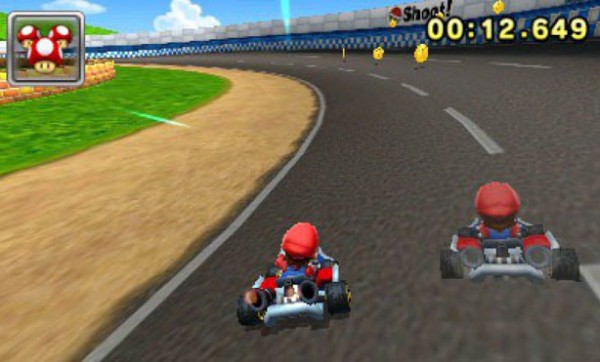 Ghost pictured is actually from the 90's.

Playing games and building games. I’ve actually been spending more time building games over the last few weeks than playing them, which is a strange but welcome change of pace. There are a couple of projects in the works that I can’t wait to talk about!

On the playing front, however, I did finally pick up Mario Kart 7 on the 3DS and I frikkin’ love it! I never got around to playing Mario Kart on the Wii so it feels good to be back behind the wheel. I also pre-ordered my first iPad yesterday so I can’t wait to jump in to all the awesome games it will have to offer with its shiny quad-core graphics chip. Also, it’s not a game, but I DID start reading the BioShock novel, Bioshock: Rapture that tells the backstory of how Andrew Ryan came to build his underwater fortress of freedom.

Sadly though my AAA backlog continues to expand as I’ve had almost no time to sit down with my 360 as my baby is still working on getting a normal sleep schedule! 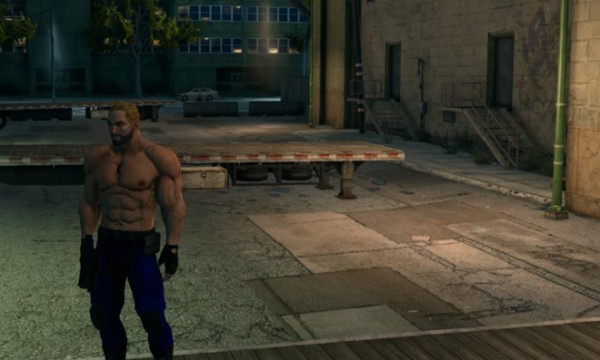 I’ve really struggled to get real deep into games this week, due in part to a pretty busy work week and quite a few Horrible Night themed projects (more on those later).

However, like James I stuck to the simple and took Josh Lee of JoshLee.com fame into the wild and whacky world of Realm of the Mad God for a bit of live streaming. If you watch that video, you can see that the game didn’t exactly appeal to him, so I may holler at my boy Copperskull the next time I want to play.

Sticking with my theme of co-op gaming with Mr. Lee, we also played quite a bit of Saints Row: The Third and had a heck of a time. I wont go into much detail because you can watch our session on the Twitch.tv channel, but that game is even more fun to play cooperatively than I ever thought possible. This past week I checked out the DLC Gangstas in Space and was really disappointed. I bought the season pass because I’d had so much fun with the game, but the DLC is really not all that fun and the little joy it brings burns out pretty quick.