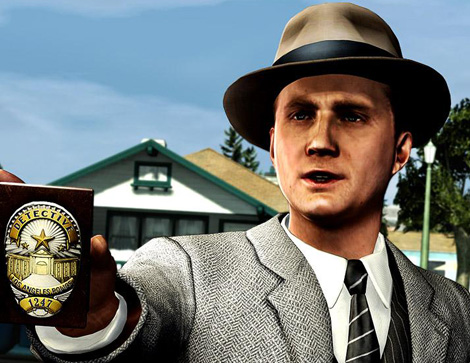 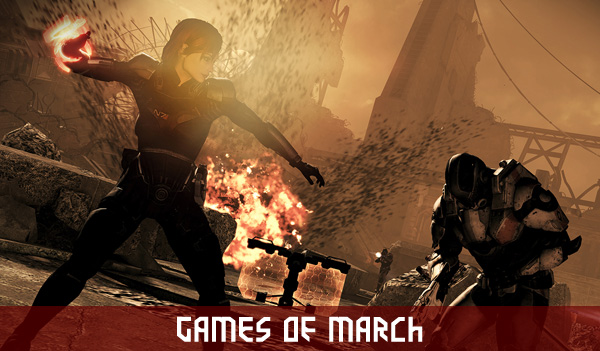 March is no slouch. At least four of gaming’s biggest franchises have releases this month, plus a few indie titles also have a chance to shine. Add to that the spring sports releases and there is a little something for everyone. Here are the release dates for the titles that had our attention and a few previews of the games we are sure to be playing:

Here’s what has our attention this March 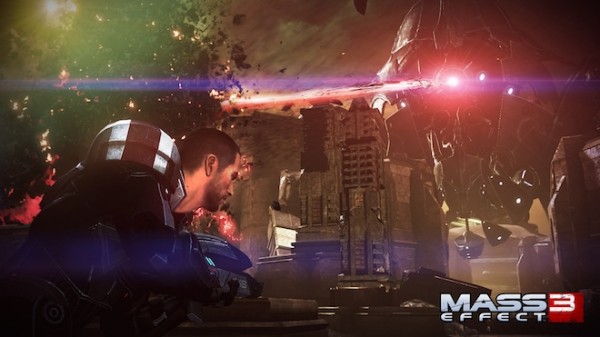 Justin L – Yes. What do you want me to say? There’s no franchise this generation that I’m more invested in, and there’s no franchise this generation that has rewarded me for my dedication as much as Mass Effect. Shepard and I are going to finish the fight, defend earth, and do whatever BioWare has in store for us. And we are going to do it like the asshole that has taken care of business to this point. Then, we’re going to come back and do it much nicer the second time. Then, we’ll come back one more time when we least expect it just to try and screw everything up.

Justin G – There are other things I’ve been more excited for, but they’ve all involved a thorough round of calisthenics followed by nudity. I think I will be more excited on my wedding day and the day we have our firstborn child. Our second child will probably take a backseat to the day I got my copy of Mass Effect 3, just to put it in perspective. Don’t expect much out of me during the month of March because I’m going to be doing nothing but playing ME3.

Brandon – As if this was any mystery. I was late to the ME party in late 2010 and 2011, but I have been thoroughly in the corner of fan-dom ever since. My expectations are high because BioWare traditionally puts out some great work. I can already foresee that I will be locking myself in a dark room, with my headphones on, and completely oblivious to the world.

Aaron – Oh Commander, my Commander… it’s time to defend Earth! Mass Effect 3 is a given for me with my track record of getting the first two games at launch. There’s no way I’m going to postpone seeing how my Shepard’s story ends, but I hope it involves Wrex and me high-fiving. The co-op multiplayer should also provides some hoots and chuckles here and there. In all honesty, this might be all I need this month.

JP – Well, it is finally time to rekindle my relationship with Miranda Lawson, and oh yeah I have a planet to save. I can’t wait to close this this trilogy. Mass Effect has been one of the true gems of this generation. I hope that this is a series of games we continue to talk about well into the future. The first two games were almost perfect, and should be used to teach game design theory. All I know is when people ask me what I did over spring break, I will proudly tell them that I saved Earth from the Reapers.

Josh – Miranda or Ashley? I’ve been with both of these chicks, but neither one knows about the other. Surely this is going to become an issue. Like any smooth bastard, I’m going to play this one down to the wire. Whoever doesn’t slap me in the face and walk out, or whoever is still alive by the end of this journey will be my soulmate. Until Mass Effect 4, of course. 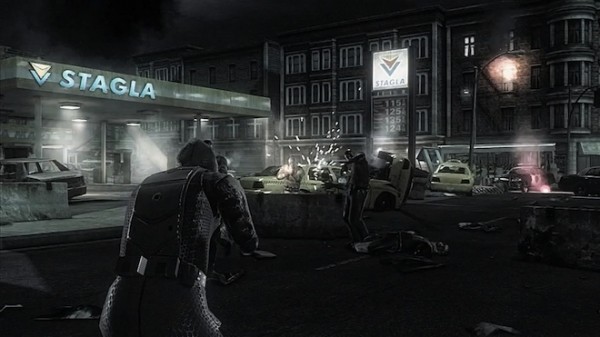 No time to get scared.

Ethan – My lovely wife actually already preordered this for me and I am really excited to revisit Raccoon City. I am not too familiar with Slant 6, but am trying to avoid the troll flames being spouted about how they’re going to ruin the best survival horror game eva because I am smart enough to realize ORC is NOT SURVIVAL HORROR! It’d be one thing if this was the next Resident Evil, but being that it’s an additional experience for, I’m all about it. Plus, I am pumped to play alongside my buddies because the multiplayer modes look crazy awesome. Three way battles aren’t done enough and I am very excited to see how shooting at people is impacted when a couple Bunters are bum rushing your team.

Brandon – I’ve been secretly rooting for this game to do really well. I want to say it’s going to be good, and that I’ll get it. To be honest, I haven’t really liked any of the Resident Evil games since Resident Evil Code: Veronica. The reason I’m so hopeful for this game is it is a brand new formula that is a co-op experience and even has some interesting versus elements in there. I want this game to be good, and I also want more money to accommodate for all the potential purchases March is presenting. So, March, I hate you for pouring this all on me at once.

Josh – This game looks awesome… and dumb… and awesome. I’m going to grab it on the PS3 so I can play with the Moses Bros, despite my ineptitude with shooters on the dual shock. This is the moment where I realize I’ll buy anything that says Resident Evil on it.

Justin L – I mean this as a compliment, but Raccoon City doesn’t look like a Resident Evil game. It looks like a western developed squad based multiplayer shooter, and different enough from Left 4 Dead that I’m going to have to give it a shot. If it comes together from the promise in action at PAX, Capcom may not know what they really have here. Awesome potential. 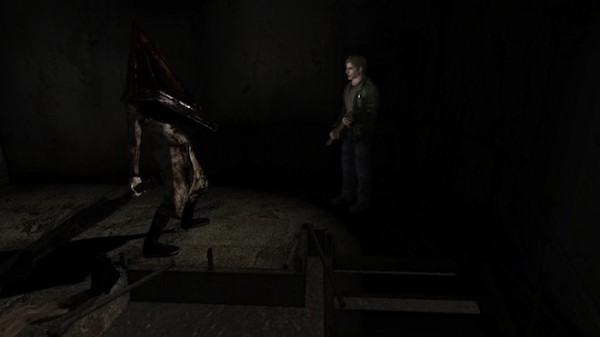 Because he wasn't terrifying enough in low resolution.

Brandon– Ah, the memories plus the bonus of Silent Hill 3 which I never really got to play because I didn’t have the PS2 when it came out and was strictly an Xbox player. I really want to relive the second game as well as find out more about the story and experience of SH3.

Josh – I have a deep love for Silent Hill 2, and I feel guilty for never finishing 3. Still, I’ll probably wait until this guy is $20 to buy. If this had come out earlier as originally planned, I might be singing a different tune. Unfortunately, there’s only one Silent Hill in my shopping cart this month.

JP – I have not played every Silent Hill game, but I know that these titles helped define the early 3D horror genre. I will consider picking this game up during the dog days of summer. I would like to see how these games hold up for the story and the visuals. To me it would make more sense to release this title before the new Silent Hill. 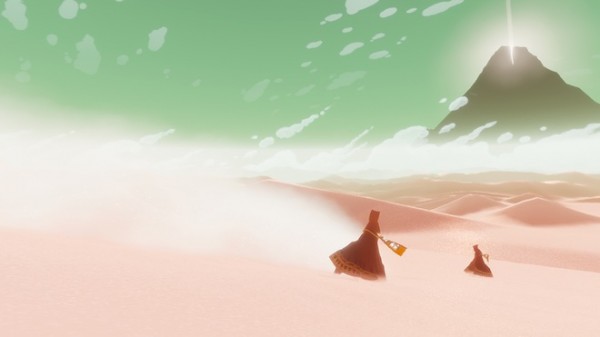 Journey – Aaron: I was lucky enough to snag a beta key for Journey last year and it was certainly an interesting experience. There’s no way to communicate with other places who happen to appear around you, save for the few actions the character is allowed like jumping and vague noise-making. Even without the ability to humanly talk, I had a brief yet memorable experience jumping around an area with bridges with another person while collecting items and found myself growing attached to my anonymous companion. If the entire adventure is full of moments like these, count me in.

Major League Baseball 2K12 – Brandon: I found myself going back and forth on deciding whether or not I’ll be making this purchase, and I believe after careful deliberation an a few Sam Adams beers I will be making this purchase. I’ve seen a lot of things coming out that I makes me believe that this will be a good purchase. I will not be purchasing this on day one (as I will be Reaping the hell out of the Reapers), but I will be purchasing this likely around opening day.

Myst – JP: Yet again another title that should appear on more than just a handheld device. To be fair I do not, nor plan to, own a 3DS. If this game appeared on XBLA I may actually buy it for the right price. I’m just sayin’. 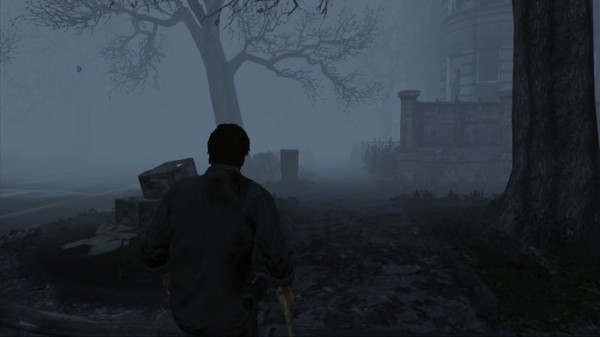 Just because it was raining you thought the fog would go away?

Silent Hill Downpour – Josh: I have a feeling about this game, a good feeling. With the combat changes to increase the importance of fight or flight decisions, and the new larger, more open Silent Hill to explore, this game might have the right ingredients for a great new start for the series. Plus, if Valtra uses the water theme in interesting ways, and with interesting mechanics, Downpour could give people real hydrophobia.

I Am Alive – Ethan: I’ve survived zombie attacks, alien invasions and egg stealing pigs but this game seems to place players in a more realistic scenario, which is pretty tempting. I’m a pretty nice guy, but would I still offer up rides to my bros or a night or two on my couch in a future where food/supplies are scarce? I have a feeling this is going to be a really dark game and perhaps a contender for Educational Title of The Year.

Tiger Woods PGA Tour 13 – Rob: I’m sort-of on an every other year cycle with the Tiger Woods games. 11 is the last one I picked up. 12 had me really close to breaking the cycle with the addition of The Masters, but I’m glad I held out. 13 is looking really nice… I’m just hoping they didn’t try too hard to gear it for Kinect. I don’t have Kinect, and don’t plan on getting it any time soon. 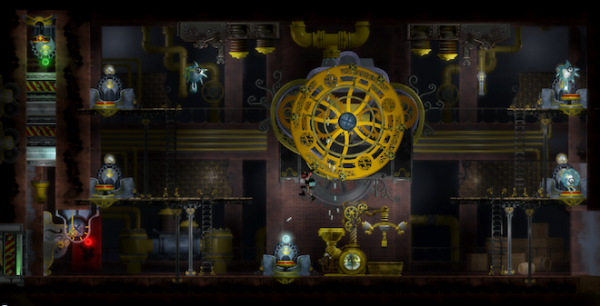 How the water works.

Vessel – Andrew: Vessel is definitely on my list of games to pick up in March. It was high on my list of demos I enjoyed playing at PAX. The puzzle genre is always tricky for me. I’m not a huge fan of them unless they’re unique and done very well. Vessel accomplished both. I was definitely challenged by the puzzles, but not so much that it was frustrating. I was very impressed by the ways they make you manipulate fluids in the environment to move on to the next room. I’m excited to play through the whole game.

Street Fighter X Tekken – Justin L: Really curious about this one as I was hooked on Street Fighter IV for a long time, and I’ve had a passing interest in the Tekken franchise. Although, I’m ticked I can’t get fat Mega Man on the 360. Of course, this one all depends on if I have anyone to play against as I’ve burned recently by fighting games and a lack of follow through by the Horrible Night crew. AHEM.

Sine Mora – Justin G: Another hands-on from PAX, Sine Mora has a lot of bright visuals and (another) steam-punk-made-a-baby-with-R-Type vibe coming off of it, so if the price is right on XBLA, you can pretty much guarantee I’ll download it as I’m a sucker for side-scrolling shooters and bright, shiny colors.

What will you be playing this March?