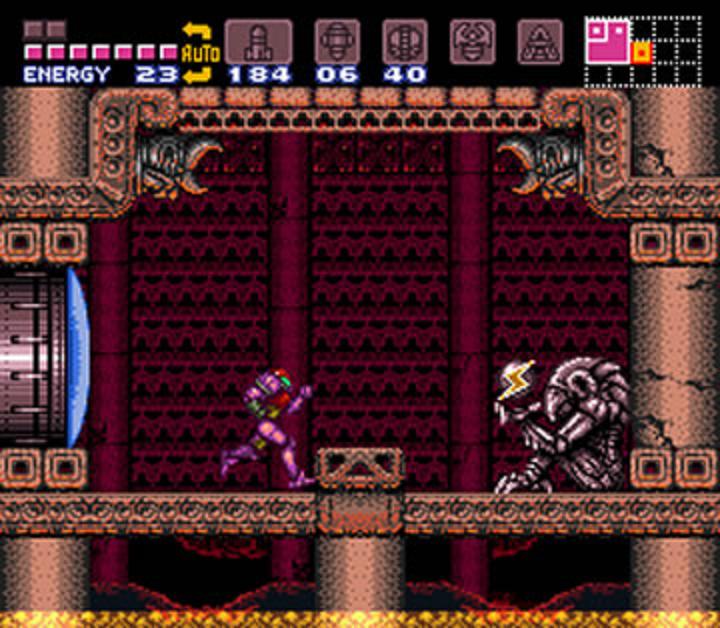 Alright, I’ll come out and say it before I start rattling off excuses and justifications: all of those classic Nintendo and Super Nintendo games that we talk about as genre-starters or so-good-they’re-still-fun-to-play? With the exception of Contra (which I beat on XBLA), Bionic Commando (which I beat in my first all-nighter), and Super Mario World (which I beat in college) I’ve never beaten a one of them. Let’s do the list, so my secret is completely out and I’m open to public shaming, shall we? Schadenfreude, engage! 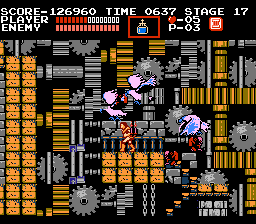 Even I've played this game enough to know that this level SUCKS.

Now, at this point, readers have been split into two camps. Camp one, which we’ll call Camp Hair Loss, is aghast and is reconsidering reading any further articles with my byline. Camp two, which we’ll call Camp Zitsville, is totally unmoved and doesn’t see what’s so shameful about these admissions – they haven’t played these games, either and as long as I stick to writing about new stuff, they’re happy to keep reading in light of my existential struggle.

Before you get all haughty and dismissive (we’re geeks and this is the internet), consider two things: I had a Commodore 64 with a hundred or so games until I was 11 and unless you had a Genesis too, you missed out on enough classics you’re bordering on throwing some stones. When it comes to the C64, I was the beneficiary of a variety of factors. My dad thought a PC would be cool, but he’s generally tech-inept and early PC’s were about as user friendly as a buzzsaw; the guy he bought the computer off of was a geek generation ahead of me and included all of his games with the purchase; I had Pac-Man. If I tried to get into the nitty-gritty of all of the great games I played that you’ve never heard of (disclaimer: not a hipsteresque statement) this would get real boring, real fast. On the other hand, this was the golden era of arcade gaming, so there were ports of Dig Dug, Congo Bongo, Pac Man, Centipede, Pole Position, Frogger and Road Blasters that were pretty passable for the time. In addition, I had Archon and Archon II. If you’ve never played them, here’s a link to an emulator – you missed out.

As far as the Genesis goes…look, there were some great games on there (Sonic 1 & 2, Kid Chameleon, Ghouls ‘n Ghosts, Golden Axe, Joe Montana’s NFL Football, Shadow Dancer). I didn’t have the Super Nintendo, but I did have blood in my Mortal Kombat, dammit. 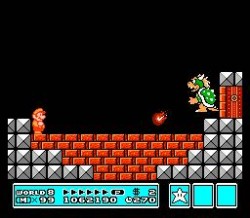 See that "World 8" up there on the left? Never been there.

I know it’s really easy to dismiss all of this stuff as “old games with bad graphics,” and, therefore, unimportant. You’d be wrong and if you need further evidence, check out what’s coming from the Indie sector, how there’s an entire class of games called “metroidvania” (see: Shadow Complex) and how awesome platformer/shooters are today (Rayman: Origins, Hard Corps: Uprising). Gaming has certainly progressed technically since then and some of the retro style graphics are probably more of a fad and affectation than something that’s going to stick around, but the reason that these games are standing out (and the reason I am ashamed I never beat them despite growing up when they were new and shiny) is because they were the progenitors of where we are today…and they’re still fun to play! If you get into them, you’ll quickly notice how high the default difficulty level is (usually without an option to change it) but you’ll probably also notice how tight the control schemes are and how much attention was paid to making sure the games were made right when they shipped since post-release patches weren’t an option.

The other reason I’m ashamed that I’ve never beaten these games is because most of them are still around in new forms, often hewing very close to the gameplay of the original and, if not, the quality. Castlevania’s had two recent releases, people can’t get enough Mega Man, and although it’s shifted to 3D, the guts of Zelda (and the overall excellence of the series) hasn’t changed in 25 years (longer than you’ve been alive). Also, almost all of the other guys at Horrible Night have beaten them, or at least poured hours and hours of their lives into them, and they’re mean to me because I haven’t completed Dr. Wily’s Castle.

What it comes down to, in the end, is whether my shame is enough to drive me to fixing the problem. As much fun as Super Mario Bros. or Castlevania are, they’d require re-honing gaming skills I haven’t used regularly for years. It would also include either buying or borrowing someone’s emulation system and the cartridges so that I could get the whole experience and, with some of the games that are coming out in the near future (e.g., Mass Effect 3, which owes some of its origins to The Legend of Zelda and the metroidvania games, I’d say) I’m not sure that I have the time (or reflexes, anymore). Still, I know that the only way I’ll get that faux-friendly smile of the dragon on Mega Man 2 out of my nightmares is to take on the task and, hopefully, find redemption in beating the games of my childhood I missed out on. 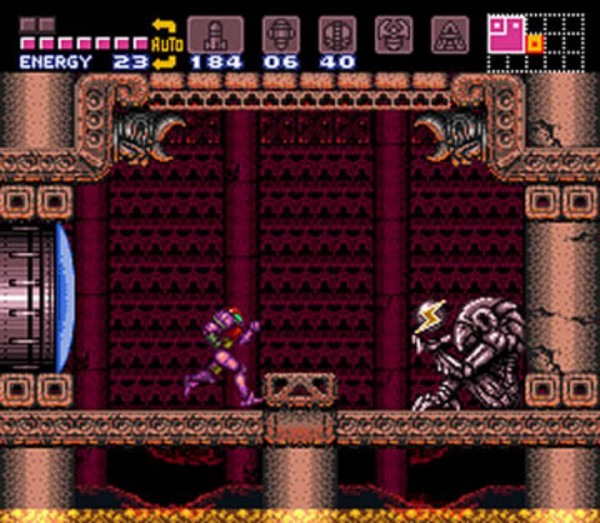 Your father's screw attack. This is the weapon of a bounty hunter. Not as clumsy or random as a blaster. An elegant weapon, for a more civilized age.

I Confess – We can’t get to every game, and even the ones we get to, we can’t necessarily see them all the way through. Forgive us for we have forsaken these “classics.”