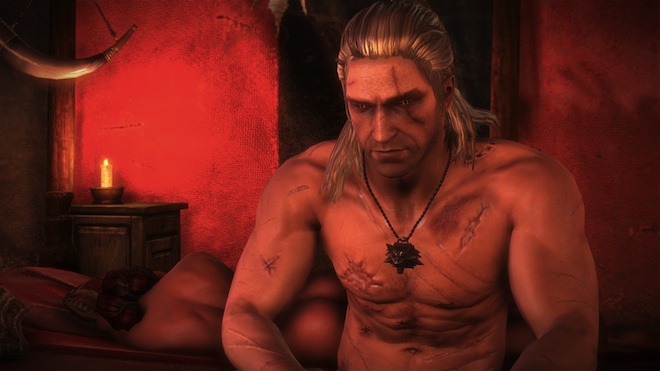 I’m a huge supporter of video games pushing the boundaries of humor, drama and horror, as there is time and a place for just about anything. However, with my video games being in a centralized location in my home, those boundaries do not necessarily need to be pushed when small children are running around. I take pride in being very conscious of what games I play when I’m around the young and impressionable. So much so that, when the kids are away, I let my guard down completely and I have found myself in a few awkward situations of trying to explain just what is happening on my TV screen to other adults. While I personally enjoy all of these games, let’s just say I fell a bit flat when trying to defend them when they had been witnessed out of context by other people. 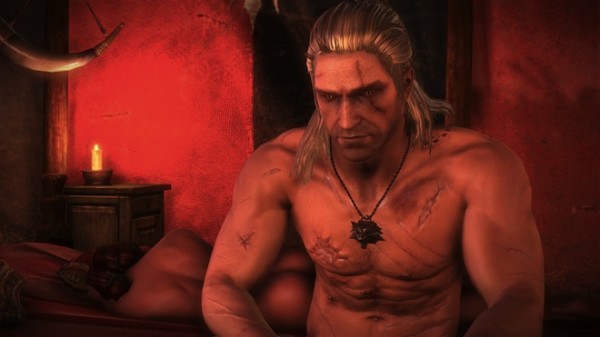 The Witcher is talking to a naked woman after sex – “No, you don’t understand. This is one of the deepest role playing games in recent history. The Witcher and the people in this world are very complicated. You’ll see when I get passed the beginning here… Well, ya this is how the game starts, what is your point?”

Commander Shepard gets intimate with his crew – “No, you don’t understand. I’ve been playing this game for dozens of hours, and these two characters have built up a serious relationship… The goal of the game is to save the galaxy… No, I don’t need to have sex with her… Well, it’s not like I’m pushing any buttons and interacting with the sex scenes like in all of the God of War games… Yes, I own all of those games, too.”

I just killed my wife and abandoned my child in Fable II – “No, you don’t understand. My character is evil, it’s funny… No, that’s what makes this game so cool, I chose to make him this evil…. Sure I could have made a good character… No, I didn’t have to get married and have a kid… Yes, sex is optional… No, I am not seeing a pattern here.”

Something about a big gun.

The Big Boner scene in Shadows of the Damned – “No, you don’t understand. The innuendo throughout this game is funny… No, I don’t know why he just keeps saying the same phrase over and over again… No, I just died I have to replay this section… No, I can’t skip it… Hehe… No, I didn’t laugh, I promise.”

Pick any conversation from Bulletstorm – “No, you don’t understand. The writers are very self aware at how ridiculous this all sounds. It’s funny because it never stops. No, seriously it is like this the entire game… I wouldn’t say it makes the shooting better, but I mean, I like to talk trash when I kill things. It’s fun… No, I’ve said much worse to actual people.”

Symphony of the Night intro – “No, you don’t understand. This is one of my favorite games of all time. It’s a classic… Games back then were just getting used to voice acting… Yes, voice actors get paid to do this… I’m sure they had theatrical training… I’m sure it’s just a bad translation… No, that conversation actually didn’t change anything… It really does get better.”

Picking flowers in Red Dead Redemption – “No, you don’t understand. He’s actually a former outlaw, hired by the government to take down his former gang leaders… Well, I’m trying to improve my survivalist skill by picking flowers… No, I don’t know what that means… Well, sometimes people in the game ask you to pick flowers for them and they give you money… No, no one asked me to pick THESE flowers… I just kinda like it.” 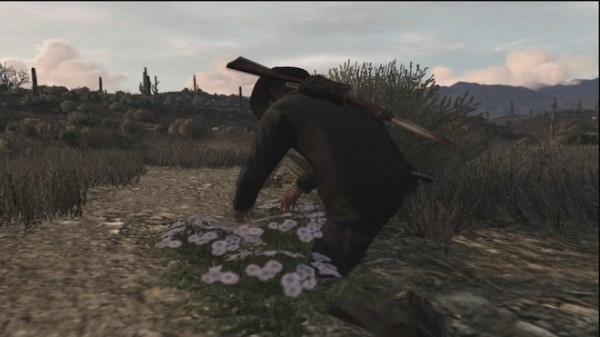 Picking flowers and everything else in Skyrim – “No, you don’t understand. I’m a dragonborn and I have to save Skyrim from dragons. I can use these flowers and mix them together to make stuff that makes me stronger… Well, no I don’t really use the stuff, I just sell it… Because I want to buy a house… So I have a place to put all of these cheese wheels.”

Office Banter in Deus Ex: Human Revolution – “No, you don’t understand. I’m the head of security in this office, it’s ok… Sure, I’d probably have codes to every one’s doors, but sneaking around in vents is safer… Yeah, I just stole money from his desk… Well, I need money to buy stuff so I can bring down these evil corporations… First, I want to get to know the people I work with… It’s easier if I just hack into their computer.”

Chainsaw deaths in Gears of War – “No, you don’t understand. This is the iconic weapon of this game… No, I don’t have to kill everyone with it… Yes, there are probably much smarter tactics than running around and trying to chainsaw everyone… No, I will never get tired of it.”

I'm ready for 3D gore that splashes in my face.

Mortal Kombat fatalities – “No, you don’t understand. Fatalities are what makes Mortal Kombat, Mortal Kombat… Sure, they’ve gotten a bit more realistic looking over the years as technology has improved, but they are still pretty tame and fake looking… Ok, THAT is messed up.”

A baby just crawled out of a the nipples of a boss in Dante’s Inferno – “No, you don’t understand. It’s Hell. Yeah, I got nothin.”

What’s going on in Saints Row: The Third

Adding tattoos to my near naked Angelina Jolie inspired character – “No, you don’t understand. I have to add tattoos so I can get more street cred…”

Streaking with my naked Angelina Jolie inspired character – “No, you don’t understand. I have to go streaking to distract rival gangs…” 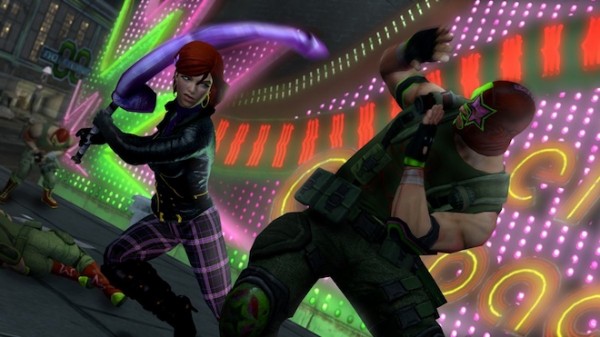 I just tugged the nearest weapon.

Maybe I’m not the greatest defender of some of my guilty pleasures, but next time someone walks in on you enjoying the unthinkable, let me know how you handle it.