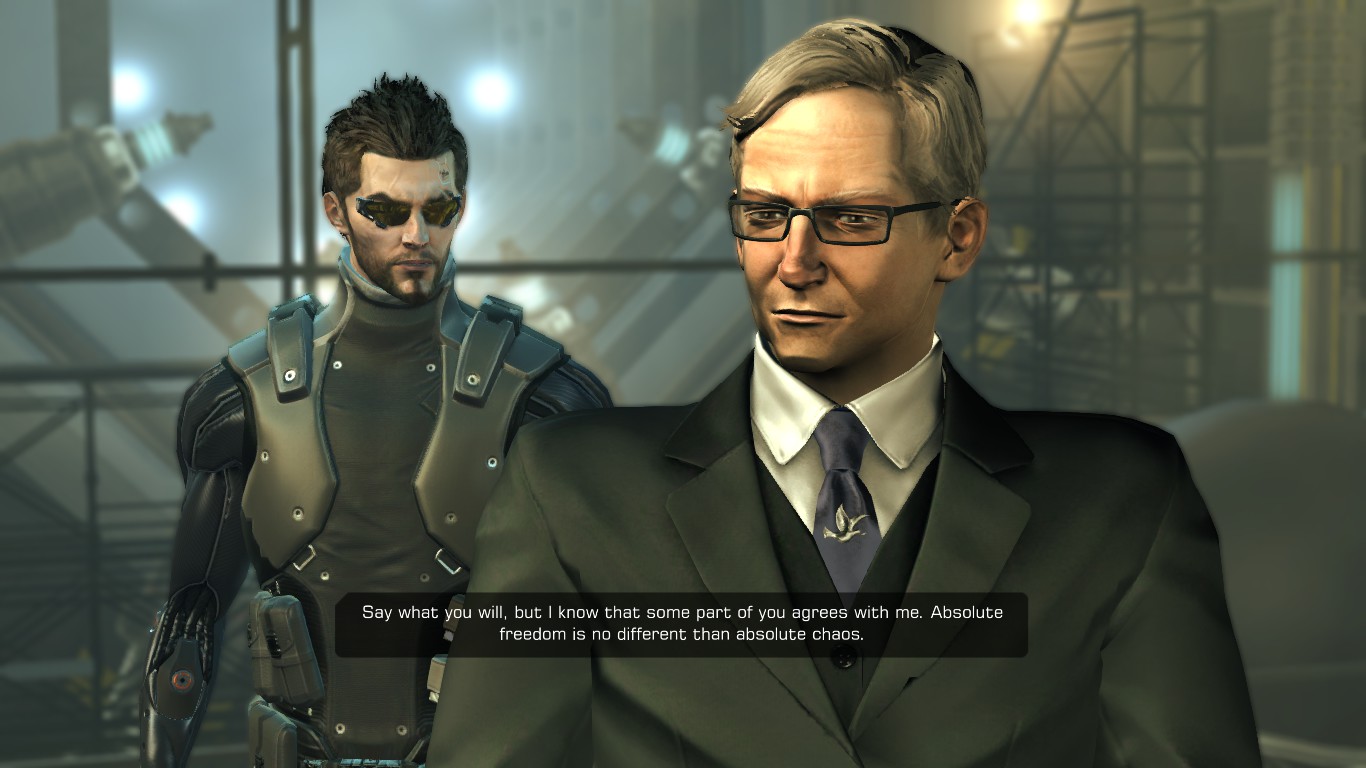 I’m being honest when I say I didn’t anticipate ever wanting to play Deus Ex: Human Revolution. I never played the first, heard the second sucked and frankly thought a cyber-punk world full of cybernetic enhancement and dirty little secrets was the last thing to ever interest a guy like me. I tend to like my battles face to face, my enemies supernatural and my progression centered around easy to fathom skill sets like ninja fighting, huge gun shooting and explosion mania. Then, Steam came along and discounted the freaking game and I quickly fell in love with it, then promptly got really pissed off about the whole experience.

Despite preferring the meat-head approach to conflict resolution (throw grenades first, ask questions later), Deus Ex: HR made me stop and think about the way I was going to achieve the multifaceted goals that lay before me. Balls to the wall lead flinging was possible, but with all the tactical options that were available within the geeky-but-awesome techno abilities and the environments themselves, I felt like I was playing the game wrong. So instead of “kicking the tires and lighting the fires,” I “opened the ducts and through buildings I snuck.” I started slinking around like a little weasel, knocking dudes out with shock darts and doing the whole espionage thing like I was the love child of Solid Snake and Sam Fisher. It felt good, real good. Once I figured out the whole hacking process, I found myself dreaming about the life of a super secret cyber spy (SSCS), and in that lay my real problem. 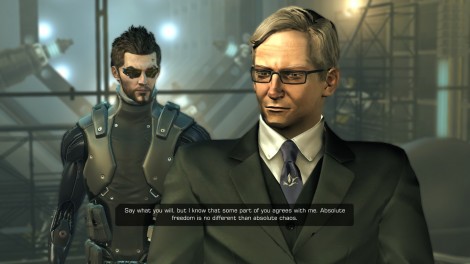 Why'd you turn your back on me? You mad, bro?

Unlike most rational minded people, I really haven’t grown out of the whole unrealistic-childhood-fantasy-career mentality and am still very easily influenced by the awesome things I see on TV and in video games. My wife has had to deal with countless ramblings centered around the educational costs of becoming a private detective, a wizard, or a combination of the two and fortunately for me has stuck around. Seeing that part of being a super secret cyber spy was keeping things secret, I decided to save her the frustration by keeping my ideas discreet and pursuing these tasks on my own. I quickly found out that the pursuit of such a career was a lot more difficult than I thought.

Strike one – short but not stylish 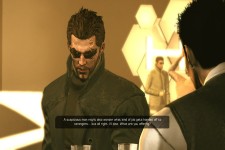 When I look sharp, I feel sharp.

First off, I am way too short to wear a trench coat, which, based on the game, is an important wardrobe element when wandering around looking for cyber clues. I did my best to look cool with one on, but it just wasn’t working. I figured that no one would really notice once I took it off to reveal my ultra buff cyber arms, but remembered that I didn’t have those either (they look expensive). I understand that it’s not just about the look, but it’s pretty embarrassing to maintain super secret cyber spy legitimacy when I’m wearing a pair of dirty Asics and a v-neck sweater that I accidentally shrunk in the dryer.

I didn’t want to get discouraged based entirely on not looking the part, but my attempts at hacking were met with just as much failure. I decided that a good target would be some sort of government-run facility, but decided to smart small and attempted breaking into my wife’s laptop. I didn’t have any sort of hacking device, so I was forced to just guess the password based on things I thought she liked. After “happycats”, “shoes” and “Ethan” didn’t work, I got a bit impatient. What I needed was the mini-game from DE:HR to pop up but I wasn’t sure what button to press and finally figured out that some kind of tool was needed. After a few internet search queries, I determined that such a device was not entirely easy to come by. How in the heck does Anonymous make it look so easy? They could hack blenders if their mission required it, yet I struggled with an item that is located within my own home. Ultra fail, bro.

My last real chance was to develop some intense sneaking skills, something that I was pretty confident was more of a possibility to come by than the previous items. I’d witnessed my cats lurking around plenty of times and had personally hidden in closets, under tables and even in boxes while trying to scare my wife (it’s a really weird activity but she always screams and that’s funny). I assumed it was going to be a piece of cake and my first attempts were pretty successful. I was a natural and figured my inherent ability to sneak would make up for the deficits in the other two areas. Everything was going great until I tried crawling into one of the many air ducts in our home. Fact: air ducts are way smaller in real life and the weight I put on after injuring my ankle didn’t help matters at all. It’d be tough for even the most agile of babies to make it through air ducts and without being able to travel behind walls and above ceilings, it was going to be pretty difficult to listen in on meetings and bypass locked doors (if you hadn’t gathered by now, I pretty much suck at picking locks as well). My wife eventually shooed me away from the duct work, fearing I’d get stuck and be featured on an episode of Rescue 911, thus ending my last shot at emulating my newest man crush, Mr. Adam Jensen. 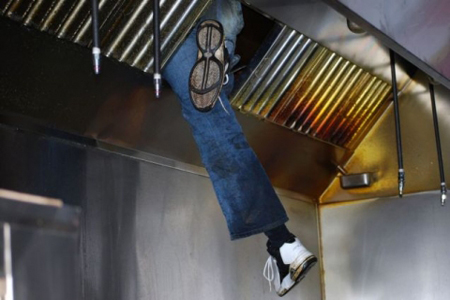 This is not what it's supposed to be like

I know blaming Deus Ex for my inability to live the lifestyle it glorified is pretty outrageous, but why the heck did they have to make it look so cool? Perhaps I’m not far enough into the game to see the coolness unravel, but it’s going to take quite a few crappy scenarios to convince me that cruising around with x-ray vision and shades implanted in my face has a downside. Is there a scene in the game where Jensen’s cyber penis malfunctions and gives him an embarrassing boner at a security convention? I could live with that, heck I could live with taking a couple of bullets to the noggin if it meant I’d be able to release conversation altering pheromones.

Hopefully I can deal with the fact that I’ll be forever cast in the complete opposite role that Deus Ex: Human Revolution so beautifully illustrated, but don’t be surprised if my ingestion of Muscle Milk reaches an all time high as I work to counter the disappointment my irrational way of thinking has caused. If any of you out there reading this happen to be super secret cyber spies, maybe it’d be cool if we could hang out every now and again? I’ll do your laundry or make you snacks during movie nights with your family. You know where to find me.