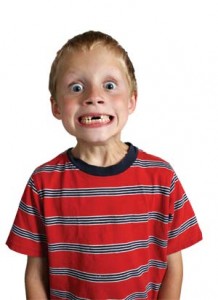 What do you mean ADHD? This is my attentive face.

The unknown terrifies us, makes us paranoid and often causes irrational behavior (Salem Witch Trials anyone?). Humanity wants answers and if they can’t have answers they want something to blame.

Video games have been the whipping boy for a couple decades now, historically for their violent nature causing players to supposedly become violent themselves and more recently as a cause for everyone’s favorite mental affliction ADHD. With the number of electronic distractions available to children these days, it’s no surprise that blame could be placed on them for causing a disorder that has been on the rise, but just how accurate are the studies relating to the connection? Are the true findings being seen in context or are they just the bastardized versions that modern media has made so prevalent these days?

Most anti-anything debates seem to start with childhood. For the most part, parents are obsessed with raising an astronaut or the next president. They spend money for all the things they didn’t have and raise their kids to be upstanding citizens. When this doesn’t happen, they look to anything that may have steered their child off the path to perfection. Perhaps the child ran with the wrong crowd or got too many hugs. Maybe they shouldn’t have been forced into sports or perhaps they should have been. There is a myriad of reasons for a child to not amount to what the parents expected, but for some reason it usually comes down to something concrete, such as mental disorders. ADHD has risen above the rest as the number one cause of producing under achievers. 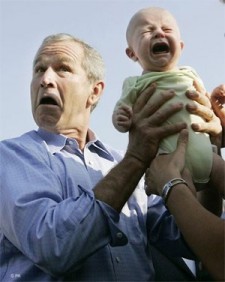 This baby is being a jerk, has it been playing Contra?

The National Institute on Mental Health (NIMH) did a study in August of 2009 called “Television and Video Game Exposure and the Development of Attention Problems”. In the study, a connection was found between those that played video games and who also suffered from attention related problems. The almost year old study has emerged recently and could contribute to the launching of another blitzkrieg on video games if the study itself is misconstrued or taken out of context.

The findings were quoted as being “small to moderate”, but that may be enough to set the stage for a stake burning. People tend to read the headlines while skipping the content and within the world of parenting that often leads to overreaction and misguidance. Remember Jenny McCarthy’s quest against immunization? If a former Playboy bunny without any sort of medical background can start a movement, think about what a politician with an agenda could do?

There have been multiple studies done on the causation of ADHD with a variety of potential contributing factors, such as chemical imbalances and brain damage. However, there isn’t one blatant cause for this disorder, making the link with the electronic medium seem questionable at best. Edward Swing, the main author of the paper even went on to say there isn’t enough research to throw video games under the bus and he is actually more interested in specific types of games and their influence as opposed to games on the whole.

Behind the Smoke and Mirrors

The reality is that children people believe got ADHD through playing video games were more than likely dealing with the disorder since birth. NIMH lists that factors associated with ADHD as occurring through genetics or prenatal problems. It’s obvious that an individual that has trouble concentrating would be drawn to a source of entertainment that is defined by excitement and visual stimulation, while also allowing said individual to stop at any moment when their attention lapses. Because people with ADHD also tend to have a higher possibility of developing addictive behaviors, (drugs, alcohol and week long World of Warcraft sessions) video games seem like the perfect scapegoat.

Like anything, video games can contribute both negatively and positively to person’s life and it’s quite obvious that certain people are more prone to edge down that negative path. Not everyone becomes an alcoholic after a few beers nor does every gamer lose themselves in a sea of artificial existences. To blame video games for something such as ADHD is blatantly deceitful and until the acquisition of further research, is about as accurate as earthquakes being caused by too much cleavage.