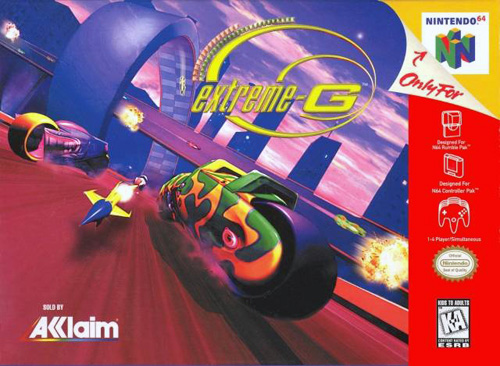 While I wouldn’t call myself a hardcore racing game fan, I do dip my toe in the genre from time to time. I gravitate more towards the arcade side of the genre with the Burnout series being a particular favorite of mine. However, even this side of the genre has gotten a bit too traditional for my tastes as I haven’t gotten a great new futuristic or sci-fi racer to satisfy my tastes in a while. F-Zero and Wipeout have been the front-runners for a while, but haven’t given gamers anything truly new to be excited about. Futuristic racers need a resurgence, and I believe I have the answer in an old contender that never got its due. It is time for a new Extreme-G game. 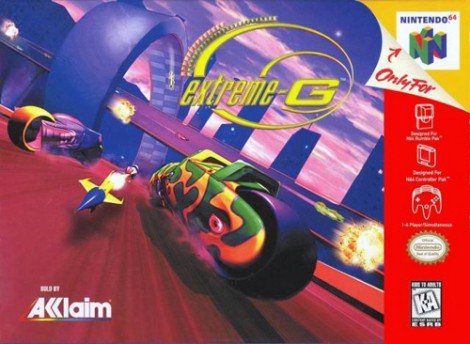 Originally developed by Probe Entertainment and published by Acclaim, the Extreme-G series started on the Nintendo 64 back in 1997. The most recent release was in 2003 as the 4th game in the franchise, XGRA: Extreme G Racing Association, was released for the Xbox, Gamecube, and PlayStation 2. Personally, my experience was focused on Extreme-G for the N64 and XG3 for the PS2 while my nostalgia for the series definitely pulls from the Nintendo 64 entry. Acclaim has since gone bankrupt and ownership of the franchise currently resides with Throwback Entertainment who picked up a handful of Acclaim franchise at the time. (Wikipedia) Franchise rights aside, allow me to lay out my vision for a new Extreme-G racing game.

See the speed of the future

Futuristic racing games shine in high definition. The first game I jumped to to flex the graphics power of my PS3 on my brand new 1080p TV was Wipeout HD. Running at a crisp 60 frames-per-second, it is a sight to behold. Extreme-G pushed the boundaries of the Nintendo 64 and, at the same time, pushed my imagination to fill in the foggy gaps of what the game was really trying to show me. Extreme-G was one of the first games to convey a true sense of speed to me as a player that became benchmark experience for me for years. Since then Criterion’s racing games have arguably been the best at capturing the sense of an insane amounts of speed while allowing to the player to feel in control (at least slightly) of their vehicle. While control and handling is another issue entirely, utilizing a powerful graphics engine focused on style, speed, and a high framerate would allow for a new Extreme-G to both be and feel like the fastest race around. 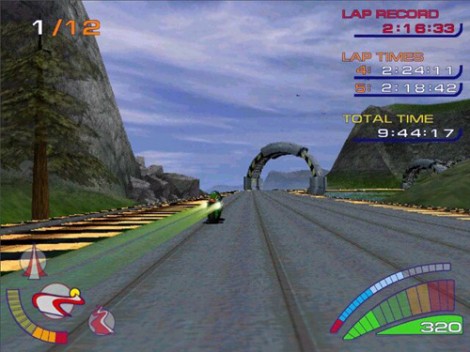 Gonna have to use your imagination.

Now, back to those controls. Extreme-G needs to walk a fine line of risk and reward when it comes to handling these futuristic cycles. The players should just barely feel in control of the vehicle. While the most skilled racers should be able to navigate the courses at ridiculous speeds, at top speed the vehicle should have a constant threat of careening dramatically out of control. The player will need to choose between more speed and more risk versus more control and finding environmental rewards like power-ups, weapons and shortcuts. At slow speeds these vehicles will turn on a dime, but at high speeds every turn needs to be precisely planned out. Skill should feel thrilling, and mistakes should be just as punishing.

Extreme-G races need to embrace two separate leagues: the speed league and the battle league. While power-ups and weapons exist in both leagues, the speed league’s weaponry focuses entirely on sapping the energy (speed) from opponents vehicles to power-up (speed up) your own. Crashes in both leagues are dramatic and will take place over an enormous distance, as wrecking at speeds that would be the envy of today’s aircraft will not be pretty. The battle league needs to include races and battle arenas featuring various weaponry like missiles, lasers, and light-cycle inspired walls. Some battles are purely free-for-all survival battles and races, while others may include teamwork of trying to catch opposing vehicles that are attempting to escape. 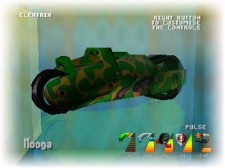 May need a new paint job

The cycles of Extreme-G should remain the focus, as should the long roller coaster-inspired track design. That isn’t to say that Extreme-G shouldn’t branch out. Larger cycles, hovercraft, and even spacecraft will be able to enter into Extreme-G racing. Tracks will not only be road based, but hover vehicles will be able to race above volatile watery terrain. Up above, spacecraft will be engaged in daring asteroid belt races. All environments will include short cuts, multiple track layouts, multiple interactive set pieces that when timed right will benefit the racer who triggered the event or when timed wrong will punish him severely.

All of these features are nothing without a sense of competition. Extreme-G will encourage both highly competitive solo time trial runs, and chaotic multiplayer races with plenty of means to derail your opponents as you take your chances when surging into the lead. As with any modern racing game, leaderboards, activity updates from your friends list, as well as ghost downloads of top racers are a must to encourage players to play events multiple times to improve their score and times.

The racing genre has stood the test of time, and continues to find unique ways to reinvent itself. It well overdue for the futuristic racing games to once again push the genre and these new features to their limits. While other franchises have had their chance to take the genre to the creative limits that inspired their creation, a new Extreme-G would not only fulfill on the promise of the original franchise but would serve well to shake up the genre all together.