Despite their reputation, I’ve never had issues with remakes or reboots. In an age of dwindling originality, I don’t mind seeing someone else’s take on a beloved series or a graphical upgrade on a cult classic. With all the push to bring these oldies back to the limelight, a stalwart of my gaming past has yet to emerge with a fresh sheen of paint and a new lease on life. 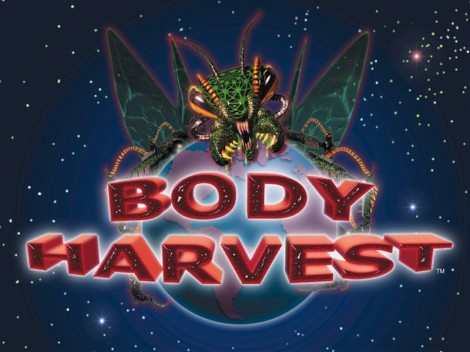 Body Harvest was a game produced by DMA in 1998 that some of you may have heard of, but many more overlooked due to the plethora of titles the Nintendo 64 had to offer. If you’re in the latter group, let me shine a bit of light on the subject. 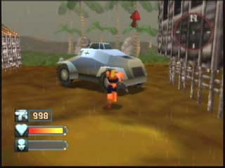 Body Harvest was one of the first “sandbox” style games I ever played and came far before Grand Theft Auto 3. Speaking of GTA3, DMA would later go on to be renamed Rockstar North after the success of aforementioned game. The king of sandbox games has this little nugget in their back pocket.

The graphics were relatively weak for the N64 and the story wasn’t exactly stellar. However, the concept was a conglomeration of B-movie goodness that would make Bruce Campbell vie for a role. You were tasked with traveling back in time (ala the Terminator series) to certain key dates to prevent time-traveling bugs from destroying history and farming the human species. Time travel and giant bugs, what could be better? How about a huge arsenal of time period specific vehicles to help you on your missions?

The game was a rental, but soon found its way into my permanent library when I came to find out I could drive, fly and even sail any vehicle strewn about the area. Sure the 1918 level didn’t have a whole lot to offer, but by the time I got to the 40’s and on, I was flying fighter planes, steering tanks and even leading lost children to safety via ice cream truck. Before this game, the only driving experience I had was on racing games and even then it was essentially the same car with different paint jobs. 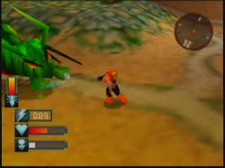 Body Harvest is a game that would greatly benefit from today’s graphical engines and the storage capacity of computer hard drives and/or blu-ray discs. Imagine adding the Geomod 2.0 engine seen in Red Faction Guerilla to a whole city, or the individual limb destruction as seen in Dead Space? You’d have giant insect limbs flying off and crashing into large buildings, causing a delightful palette of destruction that would make most any gamer smile. Lets not even get into vehicle customization or level alterations based on the time traveling piece. I can imagine accidentally leveling an entire city, only to find that future scenarios were adversely affected by a lackadaisical approach to preventing an infestation. The possibilities are endless, which is where the huge difference between a cartridge and today‘s storage medium would really show through.

The single player portion would be great, but imagine what multiplayer could offer? It’s about time things got shaken up a little bit and Body Harvest could be the game to do so. One team could consist of giant bugs the other a rag tag group of time travelers attempting to save some unnamed city before the insect exterminators close the book on the human race forever. It’d be frantic fun that would deviate from the FPS and RTS dominated multiplayer landscape. Add in a progressive leveling system and user created levels and you’ve got yourself multiplayer gold. 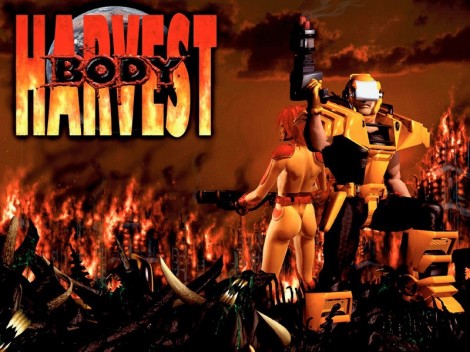 We must get organized

Searching Body Harvest remake, sequel, etc on the internet yields multiple threads from gaming forums showing substantial interest in this game finding its way back to the fields of modern gaming. I can only hope these cries are heard or a dedicated fan decides to take on the task themselves. Either way, here’s hoping that we’ll have the opportunity to smash some giant insects in the near future.