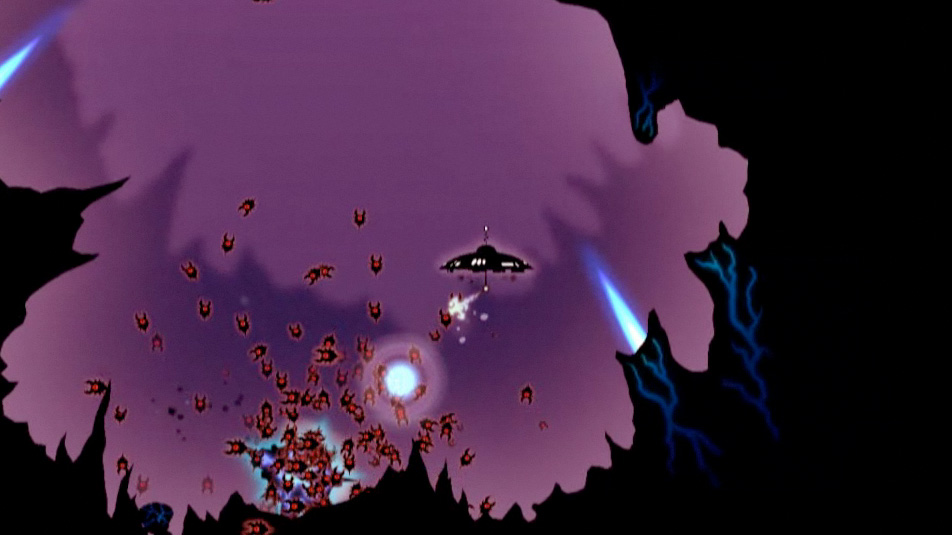 Meanwhile… we’ve actually been playing games. Each week we recap our recent gaming experiences and tell you what we’re looking forward to, so you can use your time more wisely than we have. It suddenly looks like we don’t have so much in common these days, but that should give you a few new ideas if you are looking for something different to play these days. 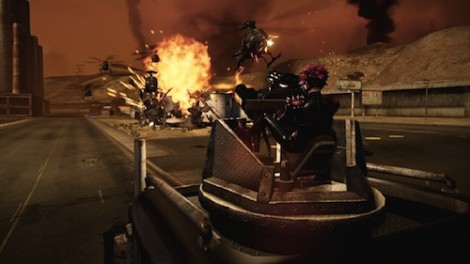 Twisted Metal arrived into my life yesterday and made an impact that I wanted but did not necessarily expect. It plays just like the original but with an added layer of insanity and chaos. I am not in love with the single player campaign but I’m ok with it as a means of training for the big show. This guy is really pumped.

Besides that, I’ve been playing Robokill 2 way more than I should be, most likely because it’s addicting and incredibly accessible. I also love games that give you the ability to arm yourself with multiple weapons, then shoot them at the same time. I’m also pretty obvious with my distrust of space lizards (though I don’t hate them like I do Orcs). 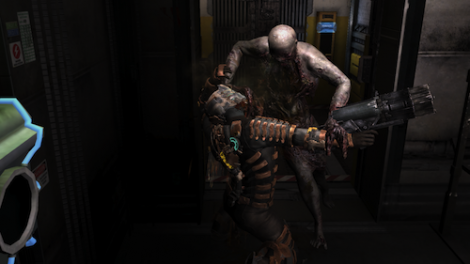 I needed a little something to tide me over in between my evil, female Shepard game in Mass Effect 2 (how I had never played as “evil,” I’m not sure, but it was pretty cool) and Mass Effect 3, so I picked up Dead Space 2, which is pretty darned awesome. I think the game gains something from being in a space station where people clearly lived and worked – it makes it scarier and more disturbing. Another very cool thing (aside from the reasonably priced DLC weapons and armor, which I’m glad I downloaded) is that it’s clearly meant to be played more than once since upgrading one weapon or your RIG all the way during one play through would be problematic, if not impossible. On the downside, though, is that there have been several places where I’ve gotten stuck (currently, I’m “stuck” at the near-end-game). The reason I’m stuck? The game’s friggin’ cheating. Okay, probably not, but it does have a couple of places where the difficulty ramps up so quickly, either due to lots of guys or places where, even if you know what’s coming, it’s nearly impossible to avoid taking cheap damage (e.g., you open a door and even if you’re ready for it, some monster that blends in with the background jumps you). It’s a definite hit to the “fun” factor – I don’t mind having to replay a part multiple times because it’s hard and I need to do better (think General RAAM in Gears of War on Insane), but when it seems that a segment was designed to be more difficult by hitting you with “cheap” damage, it’s just irritating. /rant. Anyway. Good game. Mass Effect 3 needs to hurry up, though. 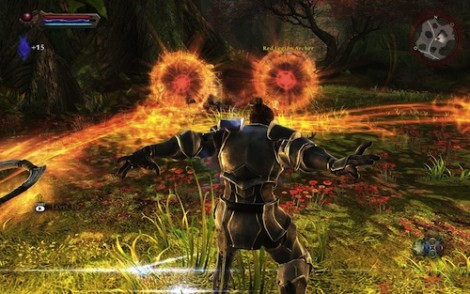 I was pleasantly surprised with how easy it was to jump into Kingdoms of Amalur: Reckoning. I hadn’t lost myself in a game that quickly for quite a while. I’m pushing myself to play as a mage as that is far from the norm for me when it comes to RPG’s, and obliterating my enemies from a distance is becoming very satisfying. I’m not exploring as much as other open world RPG’s, but I’m enjoying the game more for it. I’m just kicking ass and moving right on through since the fun factor of the action compels me to keep things moving at a fast pace.

Who knows how far I would have gotten in Reckoning had I not seen the FemShep Mass Effect 3 trailer. I couldn’t help it and I don’t know what my end goal is, but as I found myself taking breaks from Reckoning and starting a new female character in the original Mass Effect. Even though I’ve advised other gamers to move past the first game as it is so slow at the beginning, I found I didn’t mind it at all. It’s almost scary how lost I can get in the Mass Effect universe, I couldn’t be more excited for 3.

I’d like to say I’m going to put in some time into Twisted Metal, but look at those two games above. Not gonna happen. 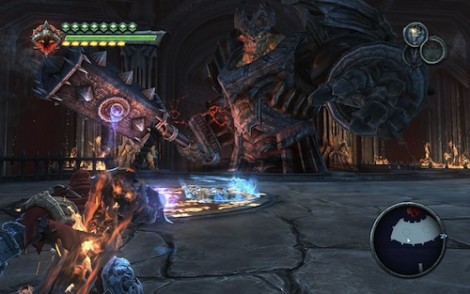 You were expecting the Hero of Time?

This week I decided to jump head first back into Darksiders. I just defeated the the final Chosen demon and would assume that I am in the home stretch of the game. I know it has been said many times, but this is the best Zelda game I have played in a long time. I am playing the game on the Apocalyptic difficulty setting, and it is not just a clever name. Some of the encounters in the game are a gauntlet of true endurance and skill. I find myself dying A LOT, but I’m ok with that. The difficulty setting forces me to be smart in the way that I fight each individual enemy. The game is great and you should do yourself a service and play this game before Darksiders II comes out. Trust me, the game will not let you down.

Also, for the first time in a long time I have a hefty demo queue. I want to see what The Darkness II is all about, considering that I have no frame of reference to the first game. Mass Effect 3‘s demo is also staring me in the face, but I am faced with a large conundrum. I know that this title will be my first purchase of the year, and I am avoiding all media related to the game until launch. With that said should I really play the demo? I know I will like the game and don’t want to be in a situation where I think to myself ,”Oh, I remember this from the demo.” I want my experience to be as pure and genuine as humanly possible once I unwrap the game.

I have also been playing a lot of NBA 2K11 since I have a ton of boring online lectures to watch. I play the game while I listen to the lectures, because who really wants to watch someone talk over a power point? All I have to say is that it is a good thing EA cancelled NBA Elite because this is hands down the best basketball game I have ever played. Add in the Jordan challenges and how can you argue with the experience? Now if you will excuse me I have more demons to slay … 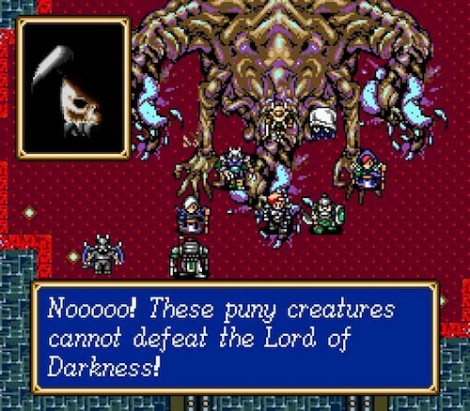 I haven’t been on very much and it saddens me. This February is the worst month for me in terms of gaming just because I have way too many things in the fire. Anyway, I was able to sneak some time in to play Battlefield 3 with our platoon. I failed at my attempt to drag Justin into the fray, and I will be making another attempt hopefully before ME3 comes out because I’m certain none of us will be looking at BF3 at least for a month after that. I’m rambling. I also spent some time playing Sonic’s Ultimate Genesis Collection with my son. There are some great, and not so great, games there that he can get into which gives us one more thing to do together.