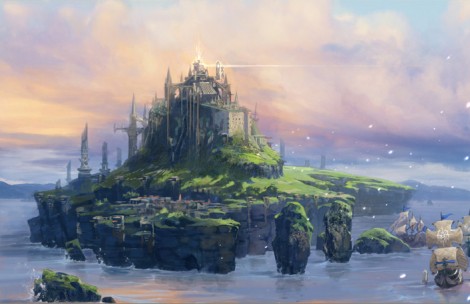 Mistwalker may not stand out as a development studio to you at first, so how does the studio of the creator of Final Fantasy, Hironobu Sakaguchi, strike you? Good, I’m glad we are on the same page now. Sakaguchi has been dedicated to one project recently, and the trailer for that game, The Last Story , has just been released. Take a look below and see if you can guess which console gets the exclusive rights to this gorgeous game:

That, ladies and gentleman is a Wii exclusive action RPG. Hard to believe, but very promising. The game will feature speedy real-time action with a cover system. Personally, having played both of Mistwalker’s other titles, The Lost Odyssey and Blue Dragon, The Last Story looks like a new welcomed new direction from a team that has stuck with traditional Japanese RPG standards. We’ll keep an eye on this one and let you know if it’s worth dusting off your Wii to play when it comes out.