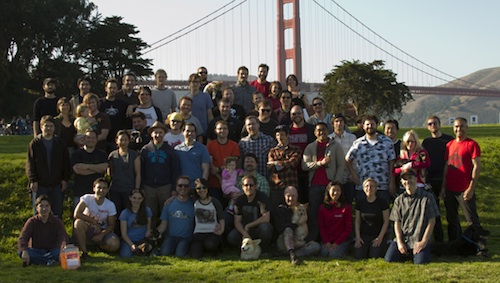 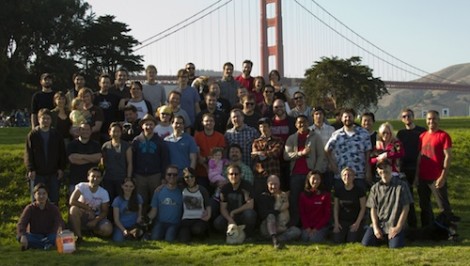 Sure, I grew up as a huge fan of adventure games. There is no doubt that The Secret of Monkey Island shaped my love and appreciation of video games as an entertainment medium. Regardless of any of my nostalgic history with the roots of Tim Schafer and his team at Double Fine, being witness to their recent successes of has made me respect what they are doing to ensure the future of their company. It just so happens that in doing so, Double Fine may be changing how video games can get made.

Before we get to changing the industry, a history lesson is due on why Double Fine stands apart in the landscape of video game studios in my eyes. Let’s start with the beginning of Double Fine and its last two traditional releases, Psychonauts and Brütal Legend. The first game served to wake me up as my introduction to Double Fine and reconnecting with Tim Schafer with a memorable and hilarious adventure that contained some of my favorite moments of last generation’s consoles. While not the greatest platforming experience at times, the story of Psychonauts and its characters showcased the true talents of Double Fine epitomized by the game’s central focus of literally going inside of the minds of these weird characters (only to reveal an even weirder setting once inside). From a paranoid milkman to Godzilla reenactments with lungfish, Psychonauts had no limits as to where it would take you. Similarly, Brütal Legend’s incredible interpretation of heavy metal lore into a roadie adventure for the rock ages demonstrated the endearing genius behind Double Fine. The ambitious Brütal Engine that powered Legend allowed for everything from third person action-adventuring to vehicle battles to real time strategy scenarios. Unfortunately, the depth of content and breadth of experiences available in both game did not translate to commercial successes for either Double Fine or their publishers. The future of the studio appeared to be very much in limbo after Brütal Legend was complete. 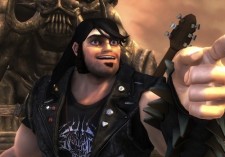 Thanks for being huge.

After the long development cycles of their previous game, I was not sure when/if we’d see from Double Fine again. Luckily, the studio was more agile than most gave them credit for as behind the scenes Tim and company had a few ideas up their sleeve. The first savvy move was recognizing just how powerful the Brütal Engine was after so much time/money had gone into developing it. Double Fine saw that the engine could be used for more than just Brütal Legend and there was no good reason to start developing a new engine for a new game.

How could it make the best use of the engine? Well instead of going big and taking a huge risk, Double Fine decided to go small and shift its focus. After Activision backed off of publishing duties for Brütal Legend while the game was still in development, Tim split up Double Fine into 4 teams and tasked each team with creating a prototype for a smaller game in a two-week period dubbed an “Amnesia Fortnight.” (Source: GamaSutra) In the meantime, EA picked up Brütal Legend, but after its lackluster sales it ended up canceling plans for a sequel. In order to prevent the downsizing of Double Fine, the prototypes from the fortnight were pitched to a variety of publishers and all 4 ended up being picked up. We know these games today as Costume Quest, Stacking, Iron Brigade, and Sesame Street: Once Upon a Monster (which in itself spawned the Kinect “game,” Happy Action Theater).

I’m not sure if it was luck, genius or a perfect combination of the two, but the fortnight saved a lot of jobs and changed the way that Double Fine approached game development. Not only did these smaller games allow for Double Fine to be more nimble and have less pressure on each game, the games showcased a lot more of the culture and capabilities of the company as a whole. In one year (2011) we saw as many games (3) from Double Fine as we had in the previous 5 years. Instead of this untouchable and perfectionist-seeking powerhouse that seemed to be behind Psychonauts and Brütal Legend (my interpretation), Double Fine revealed itself through its XBLA releases to be whimsical and dynamic while giving fans a glimpse of the other creative minds in the company aside from its revered founder. The future was wide open for Double Fine coming into 2012. 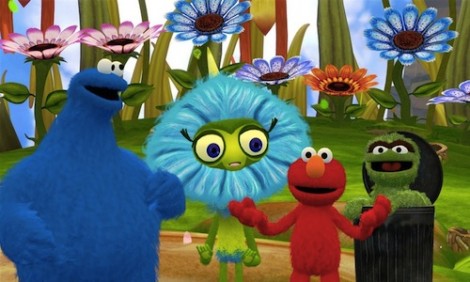 Through the success of the Amnesia Fortnight, it was obvious that Double Fine was exploring and very open to a wide range of projects. Shifting its focus from AAA titles to shorter, low-risk but highly-creative projects just seemed to fit. This also allowed Double Fine to explore different means of publishing its titles. This approach showed up subtly at first when Double Fine teamed up with Steven Dengler to extend the reach of its game library. The internet has been kind to Dengler financially, and he was looking for fun projects to invest in when he took notice of Tim Schafer tweeting about how costly it is to port existing games to new platforms. A few business conversations later and Dengler helped Double Fine port Psychonauts to the Mac, and bring Costume Quest and Stacking to the PC. (Source: Giant Bomb) Suddenly, Schafer’s openness about Double Fine’s ideas and hurdles of accomplishing them were starting to take on a life of their own.

Honestly, that’s where I thought the story would end. I mean, I had already been converted and was in awe of Double Fine’s transition. The company seemed to be set for its next chapter and had positioned itself well to combat the changing landscape on the business side of the video game industry. On top of that, it owned and was finding ways to extend the life and success of previous titles. I found myself awaiting their next game announcements knowing that even if it didn’t fit my tastes (however unlikely) that there would probably be another project right around the corner that would be even more appealing. This was a development studio that I quite simply could not wait to see what it would do next. Then, the week of Feb 13th 2012 happened, and the entire industry may have been changed.

The smaller story started first and, not surprisingly, it started again on Twitter. In a recent interview with Rock, Paper, Shotgun, Tim Schafer had discussed that publishers were not on board for a Psychonauts sequel even though he was interested in developing it if only he could “convince someone to just give me a few million dollars.” Enter Markus “Notch” Persson, fresh off the explosive success of Minecraft, who tweeted to Schafer that he would like to “make Psychonauts 2 happen.” He also added, “I’m serious.” (Source: ShackNews) Cue an internet explosion that would dominate just about any week’s worth of headlines especially because the two parties have since been confirmed to be actively discussing the project. 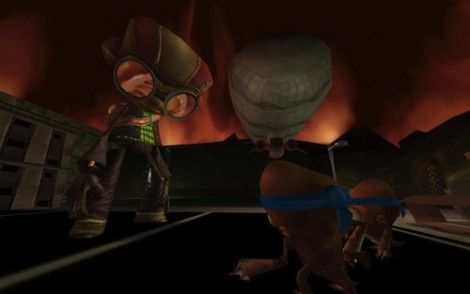 The Psychonauts 2 story is just the icing on the cake after Double Fine ended the week on a much more historical note. Naturally, Double Fine has gotten a lot of requests over the years to develop a new graphical adventure game much like Schafer’s classic titles. Publishers, however, were not interested. Double Fine decided to take the idea to the fans and set a goal of raising $400k on Kickstarter to fund the development of an adventure game and a behind-the-scenes documentary on its development. The Kickstarter project was set up to attempt to raise money directly from the public in 30 days time. It took 10 hours to fund the game and broke just about every fundraising record the site had. As of this writing, the game has exceeded $1.6 million in funding and has more than a few industry folks taking notice.

While not everyone has the fan base of Double Fine, it has shown that there are alternatives for game companies that have good ideas and who have built up a trust with their audience. It is important to note that, while the Kickstarter project may end up having the biggest impact on the industry as a breakthrough moment in funding game development, Double Fine does not have all of its eggs in the adventure game basket. Psychonauts 2 talks prove the company is also seeking the AAA projects that they believe in, while the success of their downloadable titles have laid the foundation for more smaller creative titles for the company.

There appears to be no limit to Double Fine’s future and all kinds of roads to get there. While Double Fine’s goals may have just been the creative dream of working on the projects it believed in while keeping the together the team that it believed in, Double Fine may have inadvertently written a blueprint for success for larger independent development studios in a pivotal time in evolution of the business of video games.