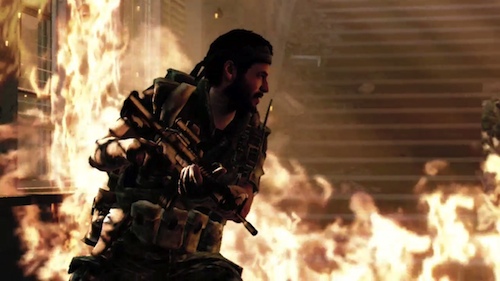 We take a break from our normal weekly REPLY TO ALL conversation and shine the light on what has stood out to us individually in the video game industry. 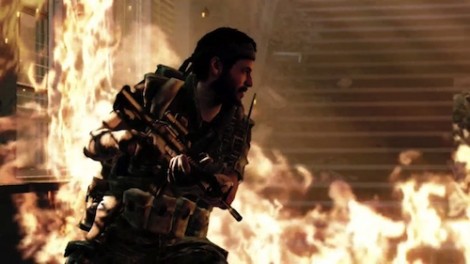 Technically a best ever.

My shout-out goes to the Guiness Book of Worlds records and the community of gaming journalists and their resulting irratation at Call of Duty: Black Ops being ranked number 1 for the best ending of all time in video games. I’ve gone back and forth in terms of how I feel about that game, but after much soul searching and some interal dialogue, I kind of have to agree that while perhaps it’s not the best, it was pretty darn sweet. I mean come on, it was patriotism at its finest coupled with an exploding underwater base and a massive sea battle. Perhaps best end sequence is what they were going for, but I recall being pretty happy. This may sound hyportrical considering how miffed I was about COD being on the Art of Video Games list, but I see this as a different debate point. Sorry folks, but despite the saturation, explosions still rock!

I’d like to give a shout-out to all of the video game soundtrack composers out there. I feel like people are paying more attention to game soundtracks to the point where they’re starting to get the recognition they deserve. It’s not an easy task, and a soundtrack has the ability to either make or break a game. It’s also very cool to see video game music at the top of the sales charts in Bandcamp, and the number of supporters this ever growing genre of music has. Keep rockin’ it.

I’ll admit to being reticent to say it, but my shout-out this week goes to EA’s Origin service. Carrie wanted a new mod for The Sims 3 and, without any fanfare or difficulty, I logged into Origin and let her roll with it. Although she’s not, by any sense of the word, techno-illiterate, I don’t think she’s spent much time getting DLC digitally and getting it installed on a PC, but after I set the account up, I didn’t hear from her again except to show me how cool the third floor she built on her house was with the new swag. So…well done, Origin, for being easy to use and making my fiancé happy. 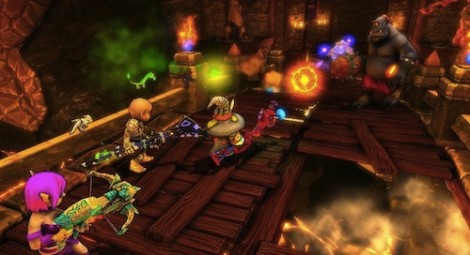 Probably a million satisfied downloads, too.

Congratulations are due to Trendy Entertainment and Reverb Publishing on Dungeon Defenders hitting over 1 million paid downloads. The game seemed to surprise all of us around here (other than Ethan who already knew it would be great apparently) and it has been really impressive to see the amount of DLC support the game has had since its release. Looks like that hard work is paying off, and if you are looking for a great action tower defense co-op experience you’d do you and your co-op buddies well by checking out Dungeon Defenders.

I know it’s probably late to the party, but I want to shout-out Naughty Dog for the awesome co-op missions in Uncharted 3. Got the chance to play a few of the levels with a friend of mine while our significant others went to a girls only party. Not only did we have more fun than the girls, we shot a lot dudes in the process. My friend had never played any of the Uncharted games (he’s not a big gamer) but picked up the controls right away and embodied Sully better than anyone could. He texted me the next morning telling me how much he liked Uncharted and that he wanted to play some more. And he hadn’t even seen any of the single player game. Kudos to you Naughty Dog for making another extraordinary Uncharted.

My shout-out goes to 2K Games with the release of The Darkness II. The first game came as a bit of a surprise with some room for improvement, and the new release seems to put itself firmly in the world of the graphic series. It seems as though they really tried to stick to its roots. I think that’s commendable instead of going into sequelitis and breaking out into something in bizarro world. It’s nice to see publishers and developers try their hardest to stick to the roots of great subject material. 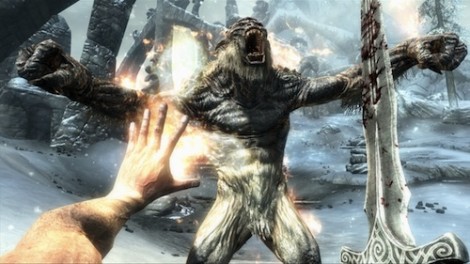 I’d like to give a shout-out to awesome free stuff. In particular the free High Resolution Texture Pack DLC for Skyrim on Steam. It’s not like they needed to make the game any more awesome…. but they did it anyway. Also the workshop that basically simplifies adding mods is pretty great. You should see all the details in my cities now. I don’t know how many mods I’ll really get into, but I do think it’s great that Steam is open to making it easy for everyone. Also… a shout out to all the people who have already contributed to the workshop. There are already over 1,000 items for Skyrim and over 3,000 for TF2 in the workshop. The modding community is one I’m not all too familiar with, but the workshop has opened my eyes to its significance.

My shout-out goes out to Fallout: New Vegas Ultimate Edition. Before a little game called Skyrim came out and ruined everything, New Vegas was my game with the most hours invested into it during 2011. Now that all the DLC is readily available, more people need to get shot in the head (not for real) and explore the Mojave wasteland. There’s no guarantee that all of the expanded content will sink its hooks deeply into your brain, but my personal recommendation is Old World Blues. That one coincidentally deals with the player character’s brain. Hooks might have been involved. Anyway, Obsidian has worked out a lot of the kinks by now and there’s no excuse not to check this bad boy out. If you’re feeling extra badass, lead designer Josh Sawyer has developed his own mod that makes the game insane levels of difficult. If you’re not afraid of your own tears, the extra challenge might be worth it down the line.

Let’s give a big shout-out to Remedy for standing by their IP. It’s nice to see a developer listen to their fans and react to them in a positive manner. I am looking forward to American Nightmare, and the future adventures of Alan Wake. I just wish that more developers would follow suit and at least humor their fans (Square Enix). I’m hoping for a positive reception to American Nightmare so we can see a proper sequel in the future.