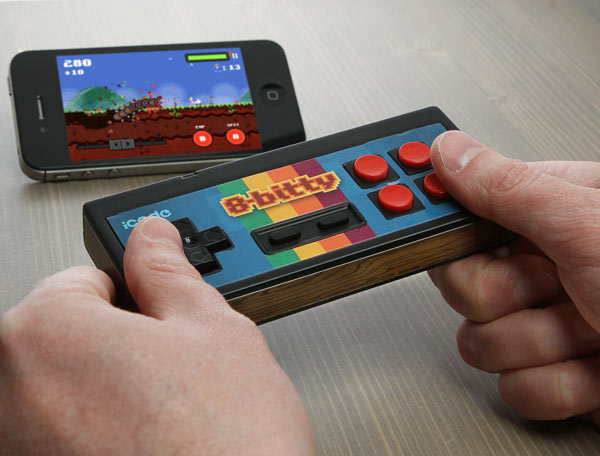 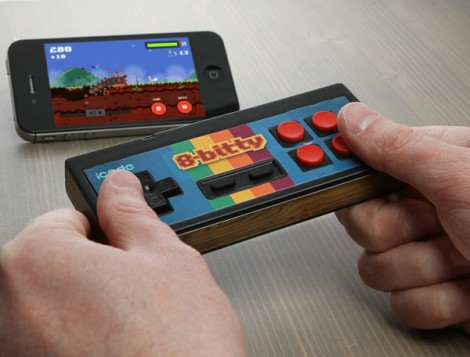 You know you were thinking it.

That iCade April Fool’s joke keeps on getting less funny and more useful. Now that the iCade is actually a reality, ThinkGeek has revealed that they will be releasing a retro Bluetooth controller that works with iCade interface later this year. The iCade 8-Bitty controller has a classic NES style D-pad along, 4 face buttons, 2 shoulder buttons, as well as start and select buttons to along with a classic wooden Atari design. The 8-Bitty will work iCade supported games on the iPad, iPhone, and Android devices.

There’s nothing that frustrates me more as a mobile gamer than bad touchscreen controls. While a few standout games have made the controls work to their benefit, most either do not work or cover up too much of the gameplay. The 8-Bitty seeks to solve this keeping making your smart device hands free for gaming.

The 8-Bitty will be available later this year for $24.99 and it makes its debut at the 2012 Toy Fair in New York City this week.