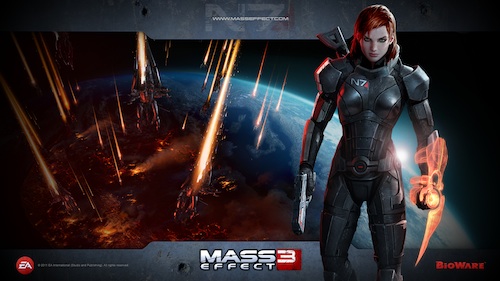 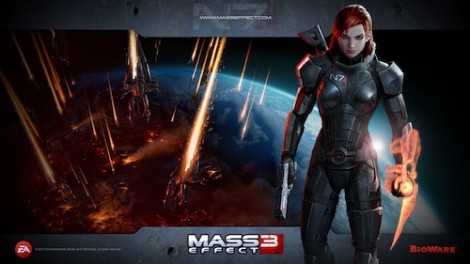 For a series that prides itself on gameplay options, Mass Effect advertising has been surprisingly dominated by the generic male version of its hero, Commander Shepard. BioWare and EA recognized that gamers did not identify with the default character model of the female Shepard to the point that it prompted them to conduct a Facebook campaign where fans could vote for the new “FemShep” for Mass Effect 3.

With the voting complete, it was time for FemShep to star in her first official trailer:

I can’t overstate this enough, as there have been a ton of trailers and media for Mass Effect 3, but the FemShep trailer is easily the best one in regards to raising my excitement level for the game. Not only am I still picking up my jaw from the floor and cleaning up a pool of excess saliva, but it has made me question my own Shepard. I’ve heard in the past that Jennifer Hale’s voice work for the character is the best in the game, but witnessing FemShep in action makes me question if I’ve been playing the game wrong all of this time. Personal opinions aside, Mass Effect 3 is looking intense and Commander Shepard is ready to kick some Reaper ass.