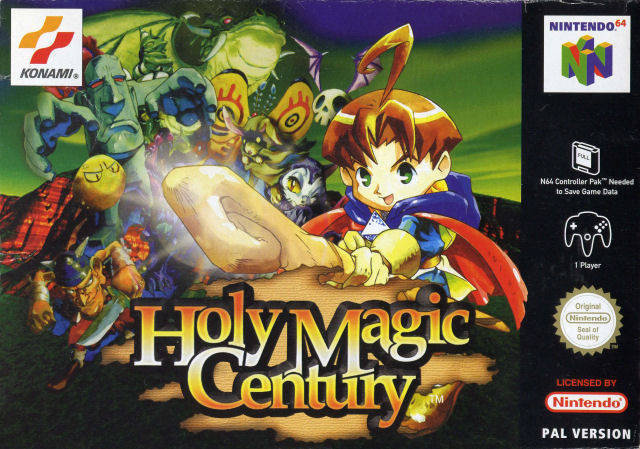 I’m almost sorry I’m not around to see Justin L.’s reaction when he sees me explaining that, in secret, I have a crush on RPGs and quite a few of them are bad RPGs. You see, over the years, I’ve casually spurned the well-received RPG powerhouses from Square Enix and Sierra and even the RPG/action mix of the Kingdom Hearts games wasn’t enough to get my attention (I just can’t get past Cloud’s stupid hair). To be completely honest, with the exception of The Legend of Zelda: The Wind Waker, I’ve never really even been a huge fan of the Zelda games. But when you take into account that I prefer crappy horror & sci-fi to lionized genre-leaders like Blade Runner and The Exorcist, maybe my forbidden love makes a little more sense.

See, in secret, I’ve got a crush on RPG’s that didn’t quite hit the mark – Sword of Vermilion for the Genesis, Quest 64 for the Nintendo 64, Lost Kindgoms for the Gamecube… I loved them all. I’m not even really sure how the rest of the world feels about it because I’ve spent so much time hiding my affinity for RPGs with quirky approaches to gameplay behind shooters and platformers and the occasional sports game, but now the world is going to know how I feel because I love mediocre RPGs.

It’s NOT a hipster thing 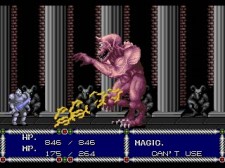 Don’t worry – none of these are secret, underground games that you missed out on that I’m going to lord over you as Secret Master of Super Quality Games You’re Not Cool Enough To Have Played. No, the best of the three was probably Quest 64 and even it wasn’t that good. The one thing that all three of these games do have in common is that they had some intriguing quirks compared to other RPGs of the time (even if, like Lost Kingdoms, they stole the idea from somewhere else) and…well, I think I probably bought the latter two on the cheap.

Sword of Vermilion, on the other hand, may be the very first game I ever rented. It claimed over 300 hours of game time, which was a: ridiculous and b: probably a good indicator that a 11 year-old GiffTor shouldn’t rent it when a two-day rental consumed his entire allowance. Although it was pretty straightforward in terms of the standard RPG trope for most of the time (top down view, wander around, talk to moronic NPCs who misplaced their necklace/dog/firstborn child), it employed not one, but two different views for combat – an isometric 3/4 view for normal combat, triggered when you walk into monsters in the overhead-world, and a side-view for fighting bosses. It’s the side-view that really stood out to me and made me love the game despite its clunky inventory management, impossible-to-aim combat magic and really stupid cover. Still, like your real-life first love, Sword of Vermilion is always going to have a special place in my heart.

If I had told you I was loving playing an adventure game with some magic spells and a boy-hero who was mostly silent on a Nintendo system, your first guess would have been wrong. And since your second guess would have been wrong, too (Majora’s Mask sucked), you never would have known that I was having a hell of a time with spirit tamer apprentice Brian in the world of Celtland. Probably the best, quality wise, of the bunch, Quest 64 adopted the zeitgeist of early Nintendo 64 games and plopped you in a 3D environment, but it wasn’t the environment that made me love it – it was the simplicity of the turn-based RPG. 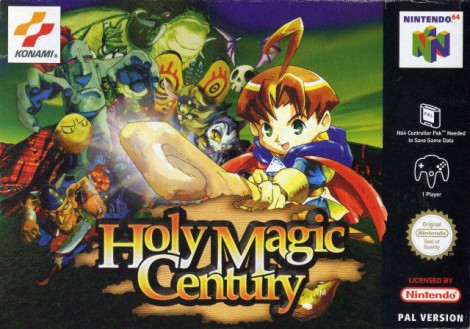 You could probably call it “dumbed down,” but the four-element magic (earth, air, water and fire), and the lack of an actual leveling system or inventory management made Quest 64 a standout in my secret love. Like that secret girlfriend you don’t want to tell your friends about because she’s not quite pretty or smart enough for you in the long run, I didn’t even bother explaining my attraction to my Zelda-loving brother. I just enjoyed our time together, never switching weapons or armor and beating Mammon to a pulp with my shepherd’s staff until it was time to move on to games I wasn’t ashamed to introduce my friends to.

It’s not Magic: The Gathering, dammit

By the time I got into Lost Kingdoms, I really was old enough to know better than to get involved with this trashy mash-up of card-based magic, real-time combat and unimaginative story. Still, there was something about it that attracted and warned me at the same time, like the girl sitting in her 70’s muscle car sporting a nose-ring and smoking Marlboro reds. You know it’s going to be trouble in the end, but it’s gonna’ be a helluva’ ride. 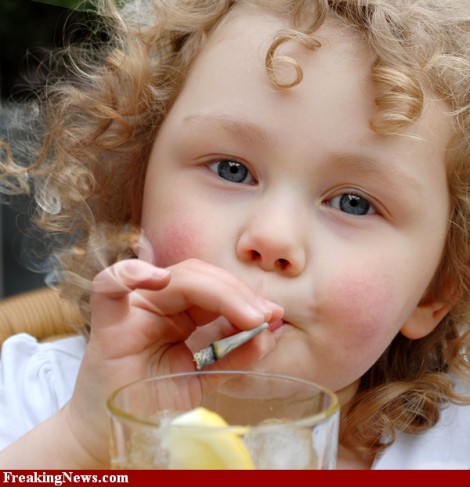 Not exactly what I meant when I said "Bad Girl," but all of the other images were a little...risque.

Hey, it was summertime and I was house-sitting and bored; it’s not really a surprise I hooked up with Lost Kingdoms like it was the bad girl in the Dairy Queen parking lot. It probably doesn’t come as much of a surprise, either, that our relationship was on the DL and ended with broken things. I had an entire house to myself and no one else was around, so for the first week or so, I spent way too much time battling the Evil Fog [not the real bad guy’s name, but close enough] carefully balancing my armory of summon, attack and trap spell cards and trying to track down red fairies to trade in for even more powerful cards. By the second week, things were turning for the worse. I was starting to notice the game’s rough edges and the fact that we had no future together as the mid-late game started to drag and the difficulty cranked up without commensurate increases in my cards’ abilities. The stench of bad story-writing and overwhelming grinding was wearing on me like cigarette smoke and cheap perfume.

Finally, at no surprise to either of us, we broke up. I got pissed and threw my controller and she…er, the game stormed off back to Family Video, but I’ll always remember our summertime fling and the scars I got from pouring so many hours into what was, in the end, a mediocre-at-best game.

Confession’s good for the soul

Although there’s nothing wrong with being a fan of RPGs, it’s still embarrassing to admit that the ones that I love and stand out in my memories are the rushed, the mediocre and the also-rans, but it’s part of what made me the gamer I am today. Don’t judge me too harshly – even if they were poor choices, we spent a lot of time together and the ongoing crush I have on quirky experiments in the RPG realm, even when the games don’t shine, is just who I am.