Meanwhile… we’ve actually been playing games. Each week we recap our recent gaming experiences and tell you what we’re looking forward to, so you can use your time more wisely than we have. Just because the holiday threw us off and we are a few days late, doesn’t mean we aren’t gaming. We’ve even got a new contributor that you should be hearing more from soon. Let us know what are you playing this week, we want to know, no seriously, we are running out of games this summer. 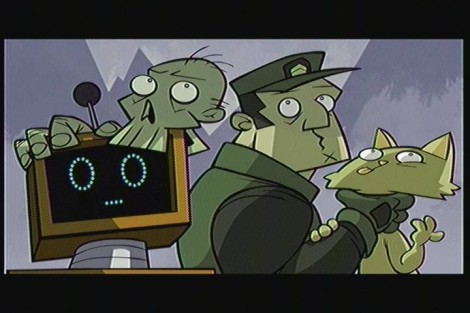 Nothing to see here

JDevL
I’ll be spending my week trying to talk people into playing quick games of RISK: Factions. The game is just fun, cheap, hilarious, and apparently I was in the mood for a strategy game. Inbetween throwing my controller at the screen and screaming about loaded dice, I’ll be losing hours of my life to Puzzle Quest 2. It’s funny, I have all these expensive boxes of video games laying around and I can’t pull myself away from XBLA titles. If I do put in a disc, it will be Demon’s Souls because that world is just too eerie to ignore, and I’m taking a week off from being a cowboy.

Colefacekilla
I beat Shadow Complex this week but have yet to 100% it so I’ve been working on that. Plus I’m still chugging along on Mass Effect even though I had a no save setback of about an hour of gameplay. Might get back into Red Dead Redemption to try and finish that this coming week

EndlessBen
Last week, our podcast discussions about upcoming 2010 releases got me thinking about Fable 3 and how I hadn’t played through the second installment yet, even though I loved the original. So this week will remedy that situation. See you on the other side of Albion.

Pixelmixer
I had an issue with closing one of my checking accounts the other day. Little did I know, the account being closed was still hooked up to Xbox Live. When the Modern Warfare 2 Resurgence Map Pack came out, I decided that $15 probably wasn’t all too much to pay for a few new maps that would be pretty fun. In order to get $15 worth of MS Points I had to do 2 transactions; 1 for $5, and one for $10. Since this was hooked up to an account that I was closing, both transaction were overdrawn from my account. Unfortunately, my (ex)bank charges $35 per overdrawn transaction. Those extra $35 charges meant that I had just paid $85 for a $15 map pack. So, this week I’ll be trying to get my money’s worth out of Modern Warfare 2. As far as other games are concerned, that little oversight cost me a couple of new games that I was hoping to get my hands on, including Red Dead Redemption, which I’ll probably end up borrowing from someone for a while this week anyway. 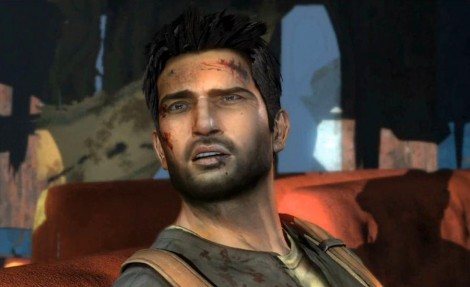 Why the hell haven't you played Uncharted 2 yet?

Jadetiger CG
This last week I finally got to play Uncharted 2 and very much enjoyed it. Beautiful environments, funny dialogue, and it had everything that would have made it an awesome summer blockbuster action movie. My friend Scott is a PC gamer and has been trying to get me to play Left 4 Dead for a year now, and this last week he gifted me Left for Dead 1 & 2. Very strange game. It doesn’t come very naturally to me, and its so different from the average first person shooter. Still, it’s pretty fun and I think if I give it some time,  I’ll get the hang of it. Picking up Crackdown 2 this week. Can’t wait!

The Prophecy
Last week, I didn’t get my Fallout 3 time in as I wanted, but I finished up Red Dead Redemption‘s main storay and am 98.7%  done with it now.  Just a few more bounties and gotta finish up the “California” stranger mission.  In addition, I was further delayed this weekend by the marathon of Star Wars Episode’s 1-6.  My wife and I did 2-4 Sunday and 5-6 on Monday.  Now I want to read all 500 books that occur after the movies…hello Woodland Library Card.

Robeque
I’ve not had a lot of game action this past week. The time I did spend playing was spent on the free copy of Dark Void that came with the video card I bought not long ago. I’m not too far along (I don’t think), but so far I think it’s been a fun game. All the reviews I read make it seem like a complete waste of time, but I’m enjoying it… so whatever. Maybe it’s because it was free… or maybe because my expectations were so low going in. We’ll see how it pans out through the rest of the game. I’ll probably keep at it when I have time this week. I also wanna try and get some outlaws co-op in Red Dead in at some point. Then there’s the slew of games I picked up on Steam’s stupid sale last week… who knows when I’ll get to all those… Trine and Tales of Monkey Island are the ones I’m most excited to play.