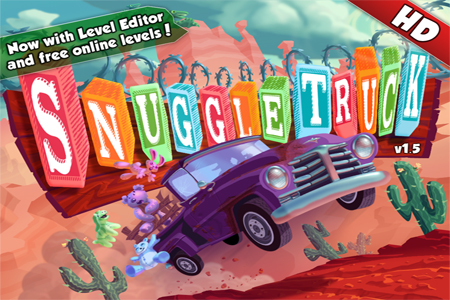 Nothing snuggly about barbwire

In addition to my expertise in video games, horror themed survival scenarios and dancing like no one is watching, I’m also a fifth degree black belt in snuggling. This may sound like a skill set that deals in cute 24/7, but I’m here to tell you that, as one of the foremost experts on the subject, I’m privy to some unsettling facts including the horrible reality of just how difficult and dangerous it is to transport the VIPs of the snuggle community. For every soft, squeezable bear you’re able to hug, 3 more died after being tossed from the bed of the infamous Snuggle Truck. 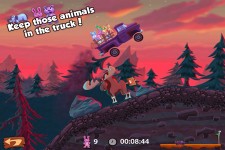 Moose jumping is impressive but not sensible when transporting little nuggets of love!

Don’t get me wrong, Snuggle Trucks are not the enemy here. Without them, we’d be knee-deep in snuggle debt and that’s just not acceptable. However, the bare bones approach these drivers take in their cargo runs is something that I’m shocked PETA isn’t up in arms about. Sure, Mario is because of  skinny, weird-ass raccoon dogs, but Snuggle Trucks continuously litter the ground with the broken bodies of their passengers. Would you want your child biking around on a cool spring morning, only to race back in tears after finding the future Mr. Hugsworth dashed to pieces on some jagged rocks?

The poorly equipped Snuggle Trucks would not be as much of an issue if not for the absurd routes the drivers continue to take as well. Mismanaged highway infrastructure aside, there’s no excuse for “getting air” and struggling to keep your cuddly contents from flying into orbit, I don’t care what kind of deadline you have to make. I don’t even get why “loop da loops” are even components of modern-day roadways or why you’d want to travel in such a fashion while driving around in a pick up truck full of adorable animals?! ARE YOU TRYING TO RUIN THE LOLLIPOP FILLED DREAMS OF OUR YOUTH!? 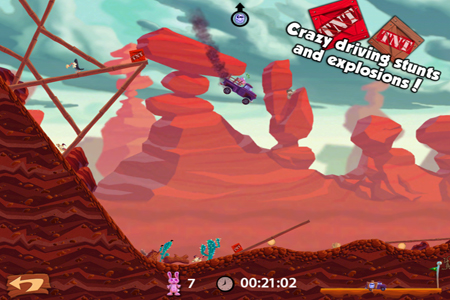 I get it, you love Mountain Dew but this is ridiculous?!

Look I’m sorry, I got ahead of myself. This is Cheap and Dirty Gamer not Loud and Angry Ethan, so I digress. Snuggle Truck is fun, but don’t play it because it’s a simple, low-cost game. Play it because you take pride in delivering animals to zoos and aren’t going to sit around and let reckless jerk-offs put the snuggle work load entirely on soft blankets, velvet pajamas and the bare, supple breasts of middle-aged librarians.

Snuggle Truck is now available on Steam and iOS