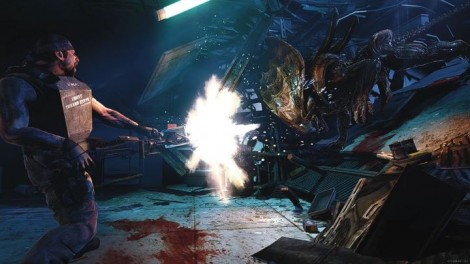 Cutting it a little close there, marine.

While I love the Aliens movies, the series has not translated well at all to video games. Aliens: Colonial Marines has shown promise and has a competent developer behind it that has more than raised a furor with our resident Aliens aficionado, Justin Gifford. Even after yet another recent delay, his enthusiasm for the game can not be held down, as seen in his preview from PAX. I, on the other hand, continue to approach this game with cautious optimism. But a funny thing happened when the latest gameplay trailer was released last week:

Now, I’m excited. With various Xenomorphs and marine weapons on display it looks like this often delayed game is finally coming together. This may actually happen. Not only does the action look intense, but the tension is almost palpable. These marines will have their work cut out for them when Aliens: Colonial Marines comes out in Fall 2012.