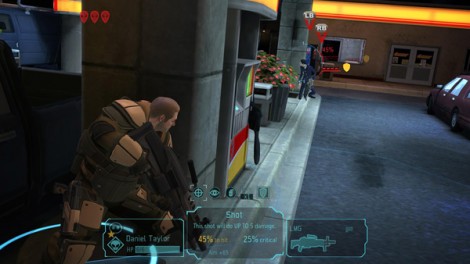 Perhaps this giant gun is a bit overkill but that suited tourist looks suspicious.

The XCOM series has been responsible for the rollercoaster of emotions I’ve been feeling as of late. Sometimes I’m happy, sometimes I’m sad and sometimes I scream at strangers for no apparent reason. With two XCOM titles coming out in the near future (one from 2K Marin and one from Firaxis), you’d think I’d be skipping with satyrs through a flowered meadow. The fact is that I’m not ready to commit to a state of excitement quite yet despite being pumped that the series that stole my middle school freetime is getting some modern day love. I’m happy to report that things have changed and all it took was an ant farm and some screenshots.

Game Informer is currently hosting an interactive ant farm of sorts for XCOM: Enemy Unknown, showing off the command centers you’ll be using to plan your alien defense strategies. Anyone concerned with a watered down XCOM experience is sure to breath a little easier once they see that interior decorating is still on the task list.

Additionally, if you’re like me, then you were a bit miffed at the strange, kind of crappy screenshot that came out for the game back a few months back. No worries as Rock,Paper, Shotgun has quite the screenshot gallery to show off as well as a three part interview series with Firaxis about the XCOM series and their take on it.

3 Comments → XCOM: Enemy Unknown Looks like my Kind of XCOM