A rift is forming within the game industry that some are beginning to notice. The souls of game developers and publishers are beginning to fall into the abyss and many are starting to search for answers and point fingers. One of the more polarizing examples would be THQ. This company has fallen under hard financial times after some failed ideas in the past year and so on. Our staff shared our opinions on THQ’s situation and what can be done in the latest Super Gaming Best Friends podcast. Others have their opinions and, in particular, this 1UP editorial placing the blame on gamers’ tastes reinforces my belief that focus is being placed on a false problem. 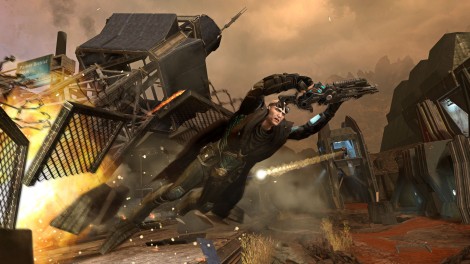 It just wasn't ready for the 'big time.'

I am hardly calling THQ out in this problem. I do believe it has great creative teams which have brought great games to our collections. I am only using it as an example in this argument as its the most recent and relevant as well as the focus in the opposing op-ed piece.

In the opposing piece, the focus is on the consumer in the game industry which is us – the gamers. It highlights three points:

While the list is abbreviated, these rules are true. These are pure and simple economics. The truth of the matter is that people eventually will gravitate to the brands and games they can trust. Call of Duty consistently makes more money each year because it has developed a trust and relationship with its fans they can count on. It didn’t start out this way. In time, this brand became the king of the FPS through its hard work to be the best. It reworked the FPS mutliplayer experience and made the barrier to get “in” very low. This exponentially created an atmosphere which allowed the game to explode. 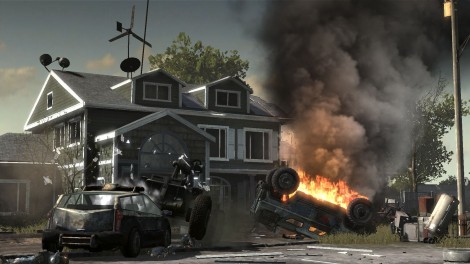 Homefront - I loved the concept. The execution was flawed.

This list, in all consideration, could easily look at the consumer as the source of problems, but I look further into economics to present this theory. The developers and publishers in the game industry themselves are the biggest threat.

Innovation is the key to future success

Every single AAA title we currently know has succeeded in the two basic functions above – marketing and  innovation. While there are only two basic functions, marketing only plays a small role after innovation. It was the innovation that brought the gamer in, and the marketing that told everyone “gamer X loves it, so will you!” Every successful recent indie developer that stole our hearts and the headlines used innovation to make a splash on the scene. The overall sales were definitively lower, but most of the “marketing” was word of mouth or spread via social channels. Indie game successes should lead to more successes down the road, which may lead to bigger games. This is how most companies or products got their starts.

The middle-tier of developers needs to stop doing one thing: stop trying to be someone else. Every new developer who comes out and tries to be the next Call of Duty will fail. It’s already happened. The same goes for any new MP3 player out there trying to be the next iPod. Give me a new experience. Make me crave it. Give the consumers and media something to stand on the mountain and shout about. Every clone of known and existing games does nothing more but saturate the market, and yes, it will push us to what we’re already comfortable with and has proven to entertain us.

The predictions made in the counter-article perpetuate the argument by being consumed with the AAA titles that release annual games which have little to no innovation. On the whole, I agree that this is a problem and should be corrected. However, I would like to present the point of view of the consumer. A good example is the Madden franchise. With every new Madden release, there’s very little in the way of new features or improvements, but who is to blame for such a trend? Is it the consumer who purchases the game year after year or the developer? Gamer choices are very limited and Madden for the longest time has held the only license to NFL games. So if you want an NFL game – Madden is what you get. Rosters aren’t updated for previous versions. So unless you want to go through the trouble of updating your rosters every year – you get the new Madden. Online passes have been known to expire after some time, and servers often lose their support after one or two iterations so if you want to keep playing with your friends – go get the new Madden. 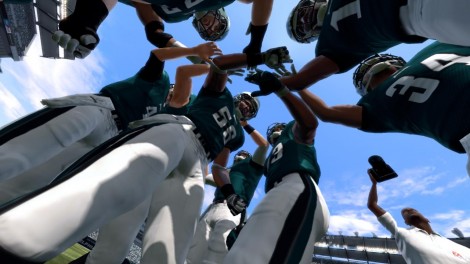 More 'innovation' has been put into scenes like this than gameplay as of late.

While Madden is a niche example, the practice of using online passes is spreading across multiple game genres as shown in some of 2011’s more popular titles like Batman: Arkham City, Skyrim, Assassin’s Creed: Revelations, and Battlefield 3. Online passes have been introduced to combat the used game market and I’m not arguing against this. What I am arguing for is that profits shouldn’t come at the inconvenience of the consumer. A Volition developer has come on record stating he supports the idea of consoles limiting the re-use of used games across multiple consoles (this idea has only been conceptualized in rumors and has not yet been substantiated as fact).

There’s another big rumor about the next Xbox console that could really start to shake things up…it won’t play used games at all!  Personally I think this would be a fantastic change for our business and even though the consumers would be up in arms about it at first…they will grow to understand why and that it won’t kill them.

Granted, online passes or the blocking of used games won’t kill me, but it would greatly deter me from what the console was originally designed for which is buying and playing video games. If I perceive the inconvenience of online passes as a major hurdle, it affects my game purchasing habits. This is regardless of whether or not I will buy a used game. The real issue is the perception of what the game industry is trying to impose. In an age when the internet is making everything more open and social, it seems that the game industry itself is trying to find a way to create a wild DRM scheme which overreaches the bounds of a business to consumer relationship. 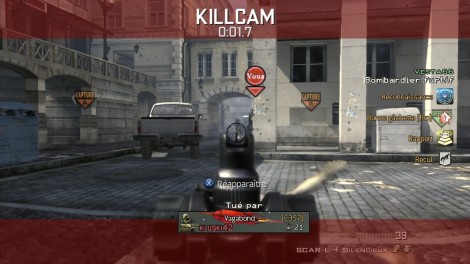 Stop targeting this and do something new.

If it doesn’t want to implode or pop its own bubble, the game industry needs to innovate new ideas that makes gamers want to play the games – not on ways to make gamers pay more money. Trust me. If the games are there, we’re going to be spending the money you seek and need to survive and innovate.

3 Comments → It Doesn’t Matter: The Lack of Gameplay Innovation will cost the Game Industry