Society is full of a bunch of strange crap, but nothing makes me fear for humanity more than the weird stuff that people are attracted to. Just take a stroll through the red light district of the internet and you’ll find a fetish for everything. From grown men in diapers and life-size cribs to the mysteriously screwed up world of “Furries”, it’s amazing that new ideas for sexual gratification are still being thought up. While disturbing, these are just examples of horny humans needing a bit of added excitement in the bedroom. My unease comes not from the no-strings-attached exploits of the depraved but the quest for love in the digital realm known as video game crushes.

I’m Not Coded For That

Graphics have come a long way since the days of 8-bit appendages and characters that were tough to differentiate from the monsters they fought. As flesh started to look more like flesh and humanity blossomed from the obscurity of pixel art, gamers started to forget that the ladies and gentlemen that were on screen weren’t ever going to come off to get them off. Let’s ignore the fact that the technology to reproduce digital life forms in reality is centuries away, those characters simply aren’t coded to do the nasty things some gamers want. Just look at the limited dialogue choices you have with characters in games like Mass Effect 2 or Dragon Age: Origins. I realize there was sex in those games, but there wasn’t a whole lot to choose from. It’d be like missionary every single day, but instead of looking up at the face of a human you’d see the lifeless, glazed over eyes of a meticulously crafted (but still sterile) Captain Shepard. 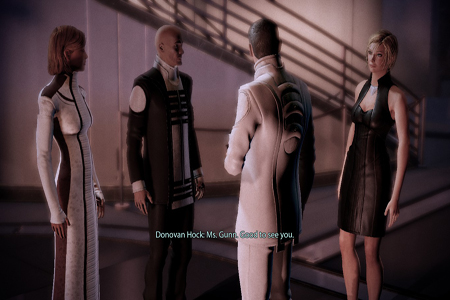 The dialogue choices you make after the initial greeting have a 1/3 chance of successfully landing you some booty.

Video game characters aren’t naked underneath those clothes anyway. Most of the dreams centered around ripping Princess Toadstool’s dress off would actually become a nightmare once you realize that what looks like a frilly Victorian outfit is actually more or less painted on to her body. Unless the skin ripping scene from Silent Hill gives you a boner (or bonette), you’d be best to keep your hands to yourself. Even when clothing is removable, the bits and pieces underneath resemble the bods of Ken and Barbie, no nipples, no schlong and no magical coochie cave. 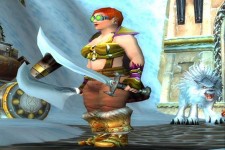 Sharp swords to go with an extra sharp vagina.

Even if game characters had their sexual organs intact, I fear for the consequences resulting in playing doctor with them. Humans, real humans, have smooth edges which facilitate the sliding motions needed to get funky like drunk monkeys. Video game characters, on the other hand are composed of polygons – hard, sharp polygons. This is the reason why robot sex is outlawed unless supervised by a professional. Can you imagine the crazy stories that ER technicians would tell if people were given the freedom and ability to screw their favorite tomb raider or fan-wielding princess? Zipping your junk up is bad enough.

So maybe it’s not about sex, maybe you want to have a relationship with a video game heroine like Samus Aran and don’t care that you’ll never be able to make babies. Ok, that’s very chivalrous of you, but have you ever thought about the life you’ll lead as the number two to the galaxy’s most popular bounty hunter? Get real, she’ll never be home and when she is, she’ll be too busy cleaning her freeze ray and petting her Metroid…not yours. You’ll have to find a job because her income will be gone by the end of the work week due to all the travel expenses involved with battling space pirates. You’ll be so depressed over the fear she’ll be consumed in a lava bath that you’ll be quite undesirable in the job market. Plus, everyone you meet will think you’re a crazy because none of that stuff sounds real and her not being around isn’t going to help sway their opinion any. 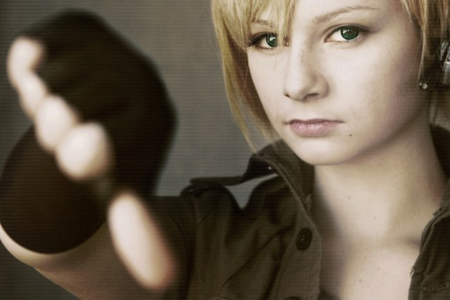 Samus doesn't have any sort of interest in you anyway

The real world is full of sexy, appropriately attired people who hold normal jobs and have skin that won’t sever your arms or legs. Why dream of a day that will never come when you can walk outside and mate with a guy or girl of your dreams? If the crazy sexcapades are evidence of anything, there’s something or someone for everyone in this nutty world, no matter your tastes or lack there of.