Hold on to your Ancient Nord Helmet, the Skyrim modding scene is about to blow up.

Bethesda just dropped a trailer (above) and some new info for the upcoming release of the Skyrim Creation Kit. The Creation Kit comprises the same suite of tools that the developers used to create the world and quests of Skyrim. A new wiki will launch alongside it, offering documentation and help for new users.

Arguably the biggest news in this announcement was the inclusion of Steam Workshop support. The Skyrim Workshop will allow easy publishing of your mods for the entire world to see and subscribe to. Once a user subscribes to your mod, the Skyrim launcher will download the latest files you have uploaded each time it is launched. Now your Shiny Horse Butts add-on will always be up-to-date and much easier for the Furries to find. While Bethesda promises that support for outside mods, such as those hosted at the Skyrim Nexus, will continue, it’s hard to imagine many users venturing beyond the new Workshop for their modding needs. 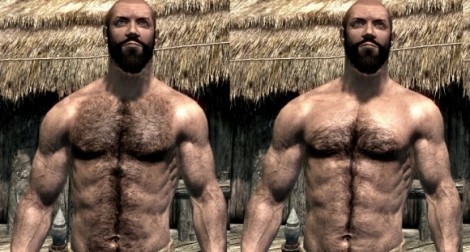 Just imagine what people will create with a real tool set.

Another interesting bit from the post was the mention of hope that these mods could one day reach console gamers, as well. Can you imagine Microsoft letting people download mods like this to their 360? I wouldn’t hold out too much hope, since Microsoft has never been very game mods-friendly on its console, although Sony did allow Unreal Tournament 3 PC mods to be used on the PS3, so there is some precedence.

No release date has been announced, but this post on the official forums states that after the game’s 1.4 update (which just went live) “the Creation Kit won’t be far behind”.