After a much needed day off after the holiday weekend, we are ready for some gaming. So let’s dive into the news highlights from last week to get caught up. 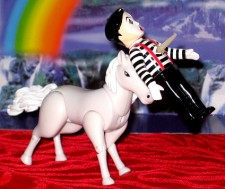 Someone needs to stop them

Escape with Your Kane and Lynch 2 Demo This Week – Co-Optimus
I get more and more excited about this game the more I read about it. Can’t wait to try it and forget the first one ever existed.

World of Warcraft movie an in-game affair – Gamespot
In-game? That better be a misquote. I don’t want to pay for a glorified machinima.

Rock Band 3 To Feature Real-Time Pitch Correction – G4
Is it cheating if auto-tune is used by real musicians too?

Xbox 360’s Kinect to Support Only 2 Players at a Time? – Industry Gamers
What? Your living room is big enough for 4 people waving their bodies around like crazy people?

World of Warcraft: Cataclysm beta begins… now! – Destructoid
Forgot the word Closed in your title there.

Quick Look: Limbo – Giant Bomb
We’ve had our eye on Limbo for a while now, see it in action.

ION releasing new ‘Drum Rocker Pro’ this holiday – Giant Bomb
The pedal was pretty weak on the original. Glad they are offering it standalone.