Meanwhile… we’ve actually been playing games. Each week we recap our recent gaming experiences and tell you what we’re looking forward to, so you can use your time more wisely than we have. There’s more than one way to play our favorite video games and this week we got a bit more creative. 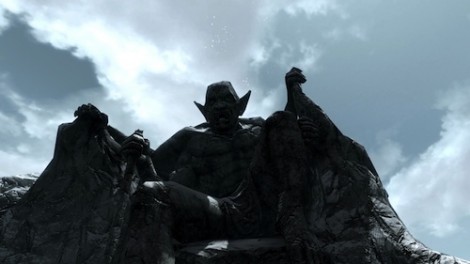 I’d like to take a moment to talk about a game many of you probably haven’t heard of…which is Skyrim. Yeah. I’m back into that little nugget of a joyride, and this time I’ve returned to be evil. I lost my data and was forced to start over. Since that loss of data I decided that 2012 would be a good year to change my MO and no longer play the good guy. Since then I’ve created a dark elf assassin with skull face paint named Lorkir. His only true motivation is the almighty coin, and he has also done a few killings and break-ins to further perpetuate his dark behavior. He has also decided the Imperials must be slain due to the near head-hacking he almost experienced if it weren’t for his good buddy Alduin to free him. There is something that Lorkir doesn’t trust in his new friend that leaves him questioning Alduin’s true motive for freeing him. Is Lorkir just a tool of Alduin’s? Was it an just happenstance that Lorkir was around during the attack? There was an awful lot of destruction going on. Was Lorkir meant to die? These questions swirl in his mind as he tries to rest at night which further feeds his insomnia and urges to pillage and plunder in homes and shops of unsuspecting victims.

I bet all of you were halfway through the paragraph by the time you were thinking, “Hell, Brandon, just say Skyrim and move on.” So I shall. Before I leave, my multiplayer go-to game is still BF3.

This week marked the first time (in a very long time) that I followed the sweet smell of evil in a game that I had a choice in my morality. Holy cow does Skyrim make murdering people in mysterious ways so freaking awesome! I felt bad after killing one semi innocent person, but then I decided that it was super fun! Jerkoffs never saw me coming, half of that clearly the result of some wonky AI and the other, my new found sneakiness. I went from playing as a mage to playing as what I’ve cleverly titled ‘Sneak Mage”.  I feel like sneak mage is the best RPG build and I’d like everyone to realize this by respeccing their characters, sneak around, and hit people with fireballs.

I also played with my balls a bit this week, my basketballs (I found two of them in a trashcan)! 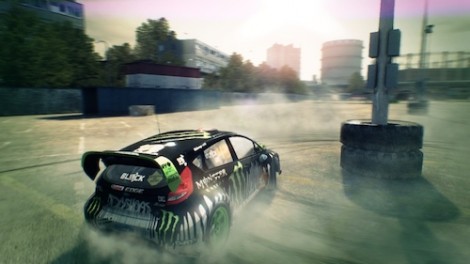 Gaming hasn’t had too much of my attention for the last couple of weeks, but I have managed to squeeze in some time with a few games. Skyrim… well “some” time in Skyrim equates to a LOT of time. You can’t really just sit down for 30 minutes and do a whole lot in that game. I’ve had a couple few sessions exploring some pretty awesome dungeons and getting completely sidetracked from the main quest. Turns out I really like Skyrim much better than Fallout 3 (which I never could get past “the hump” in.) I’ve also played a little bit of Dirt 3 which I got for dirt cheap during the Steam holiday sale. Talk about quality… what an awesome game. Oh and my buddy and I have put a few hours into Dead Island as well. Smashing zombie faces with a friend is always a good time. 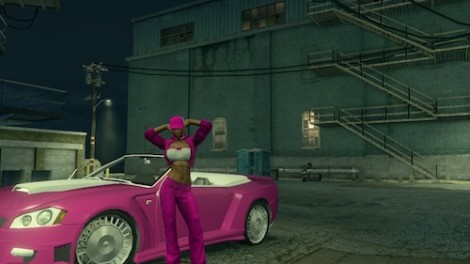 You're back for more.

I’m gonna blame Brandon for this, but I was a witness to the creation of his evil dark assassin and have since created my own second character in the vastness of Skyrim. My magic-throwing high elf also aspires to be evil, but is putting on a facade to gain friends, items, power, and more gold before turning on the Imperial-loving population. Oh, they’ll burn… They’ll all burn! Ooh, flowers!

I wish I could say the second game I’m still playing is The Witcher 2, but I’ve actually gone back to my old friend Saints Row: The Third for mayhem and the hopes of 100% completion. I felt I was long overdue for dropping airstrikes on the military’s dumb faces and selling stolen autos to the chop shop anyway. My original plan was to investigate the newly-released Genkibowl VII DLC, but word on the streets is that it’s a little light on content. My cash needs to be saved for something new and I’m getting a sudden itch for next month’s SSX. 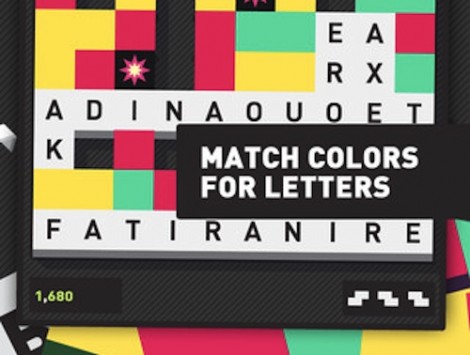 Much more fun than books.

Remind me at this time next year that gaming in January may as well be a myth. I have good intentions, but aside from isolated mobile games my console and PC have been left in the cold. That being said I’ve been on a roll on iOS, this week I had a lot of fun with words without friends. SpellTower and Puzzlejuice have both wowed me. My only issue is that I can’t play them both at once. Both games can be described as Boggle meets Tetris. Puzzlejuice is a bit ingenious in its mixture of block puzzles and jumbled letters to the point that it can be intimidating, but it has to be experienced. When that overwhelms me, SpellTower is much more easy going but just as satisfying for the brain.

I did have a breakthrough though, I will be returning to the Battlefield very soon as thanks to some Amazon sales I picked up both Battlefield 3 and Dead Island this week. I know for a fact the Horrible Night platoon has been active, so I’m looking forward to dishing out the rocket enemas finally. 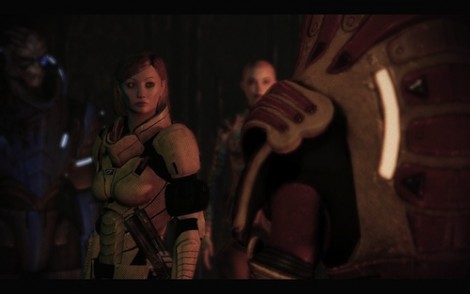 Lady Sheperds may be more dangerous.

I’m sure it won’t come as a surprise, since I’ve been playing for the better part of a week and a half, but I’m still in Mass Effect 2 world, making Commander Caroline Shepard a total badass. I actually tried to diversify, but it turns out that that PC gaming rig I built has allowed my Caroline to crank the settings on The Sims 3 and figure out that there’s a much deeper level of simulation going on there, specifically, that she can take over the entire town by buying shares in stores and such. (She’s also creating her own dynasty of smart and beautiful people; I suggested she “weed out” the ugly one by building a fence around her and letting her starve, but she wasn’t having it.) At any rate, all of those games I downloaded off of Steam recently, like The Binding of Issac and Civilization V and Battlefield 3? Yeah. Haven’t touched them. Help. Please. (Or at least help me convince her that if she loves the take-over-the-city part so much, we should get into head-to-head Civ V. Please? Guys…?) 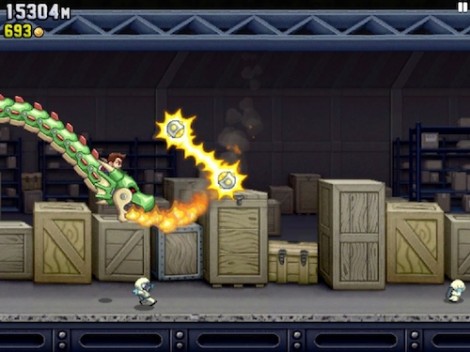 So it turns out that a 6 week-old takes a lot more of your time than a 1 week-old. My gaming efforts of the last few weeks have really focused on a couple of key areas. Besting my friends at Jetpack Joyride for the iOS, and finally getting through the first playthrough of The Binding of Issac over my lunch-breaks.

These may sounds like easy tasks, but they are far from it. All of this gaming must be done with a sleeping baby nearby, at my desk, or, let’s face it, in the bathroom. Some of the other Horrible Crew and friends of the Night have engaged in an epic battle to take the top spot in our GameCenter leaderboards for Jetpack Joyride and every time I think the score can’t be pushed, it does. It’s actually very cool. After my first day with the game I never thought I’d be able to touch 3,000 meters, and most recently I’ve bested all but two people on my friends list with a score of over 5,000. That’s dedication my friends… Also I have finally succeded in conquering The Binding of Issac‘s first playthrough. That game is straight up ridiculous. Old-school gaming levels of hard, but fun as hell! I’ll be heading back to that one for sure.

Looming on my gaming horizon is the gargantuan task of finding the time to beat Arkham City, and then deciding whether or not to buy the Spyro Skylanders starter kit since it’s on sale…