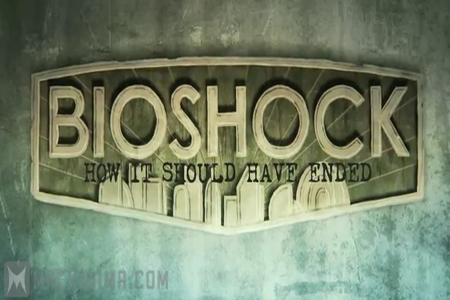 In all honesty, any ending would have been better

Video games don’t always end the way we’d like especially when things like sequels and depleted budgets make intense stories difficult to wrap up. Fortunately for the world of begrudged gamers, the kind folks over at How It Should Have Ended have taken it upon themselves to reimagine some of gaming’s least popular conclusions. It’s tough to argue that BioShock isn’t a prime candidate for an ending makeover, especially given that its first goofy ending was not intentional.

There are a ton of hilarious videos and comics over at HISHE that sample both movies and games so if you still feel spurned after a favorite flick or game finished up, perhaps it’s time to see how it should have ended.

How It Should Have Ended