Downloadable titles tend to slip through the cracks when it comes to showing up on typical release date calendars. Two recent titles managed to fly under the radar in the past few weeks, but after my initial gaming sessions I can definitely say they deserve a bit your attention. 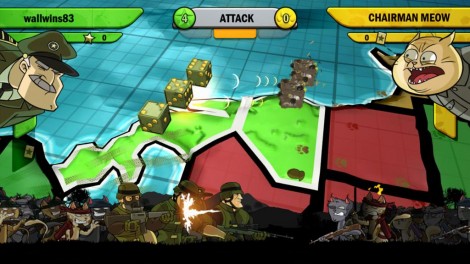 There have been a slew of board games converted to downloadable titles without any major standouts, so I expected nothing from RISK: Factions. Seemed like a large proposition to make RISK fast enough to be fun as a video game, yet still recognizable as its real life counterpart. However, throw in a new rule set along with ridiculous characters and animation, and you’ve got my attention.  Tell me that I can still play classic RISK, and I’ll nod appreciatively. Then, price it for $10 and you’ve got a no brainer deal. All that’s left is for me to convince enough people to play it with me. So, what do you say, you up for a quick game of RISK? Available now as an XBLA exclusive. (Giant Bomb Quick Look) 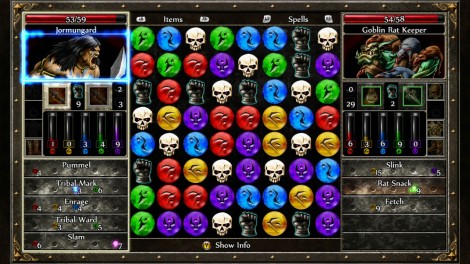 Fans of the first Puzzle Quest should stop reading and just go ahead and buy Puzzle Quest 2. Everything you like about the first game is back, and a lot of the tediousness of micromanaging your castle is gone. This is a puzzle game for gamers who want to pretend they are playing more than a puzzle game. The overworld map has been replaced with an isometric dungeon crawler type of view. You gather quests from NPCs as you explore the world, but all the action takes place in the gem based competitive puzzle that worked so well in the first game. Already have the first one? Don’t expect any major changes, just refinements. If you have to get one Puzzle Quest, this sequel is the better experience. It’s also cheaper on Xbox Live Arcade ($15) than on the DS ($30).  Available now for Nintendo DS and XBLA. Coming soon to PC, iPhone, iPad. (Giant Bomb Quick Look)

*Both of these games were played on Xbox Live Arcade.

2 Comments → On the DL: RISK: Factions and Puzzle Quest 2