Meanwhile… we’ve actually been playing games. Each week we recap our recent gaming experiences and tell you what we’re looking forward to, so you can use your time more wisely than we have. These games aren’t going to finish themselves because before you know it we will be back to complaining that there are too many new games coming out. Now is your time, make it happen. 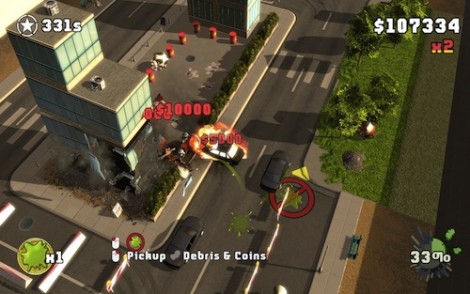 Ok, that does look fun.

Boy has it been a busy week in terms of gaming as the likes of Dead Island, Saints Row: The Third and Skyrim all competed for the coveted spot that is my short attention span. While I’m not even close to finishing Skyrim, I’m nearing the end of both Dead Island and Saint’s Row and am beginning to get the “I don’t want to finish yet” blues. This seems a bit stupid considering I never finish anything, but I’ve had a great time with both and am glad to have revisited Dead Island again. Such a creepy game and I can’t believe how tense it gets once you get into the city.

My goal is to get 100% completion on Saints Row: the Third, which is a stretch for me but my brain keeps telling me to go for it. My brain confuses me at times, but whatever I’m up for the challenge. I was hoping that I was the top PC SR3 player amongst my friends, but Aaron McNeal holds those honors. If he wasn’t such a nice guy I’d physically assault him.

I’ve poked around at a few other games including Demolition Inc. (which I struggled to explain on the podcast, sorry Zeroscale) and E.Y.E: Divine Cybermancy (which Mr. McNeal tells me is as strange and confusing as I thought upon first playing). Who knows where I’ll be in a few weeks with how utterly discombobulated my gaming has been, may boot up The Sims and finally design a house that suits my playful yet artsy personality. 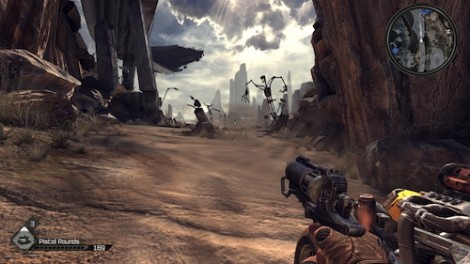 Here recently, I hit a pretty big milestone in my gaming career. I finally finished Fallout 3. I can’t remember the last time that I actually completed a game of that depth, so I guess that’s saying something. I didn’t quite make it through all of the DLC, but I played “Broken Steel” which was good for a better ending than the original one. I also finished “Operation: Anchorage” which I thought kind of sucked. It just felt like it was programmed by the D team and didn’t seem to feel as good as everything else. I have all of the rest of the DLC due to having the GOTY edition, but I’m still undecided on if I”ll continue the grind.

After Fallout 3, I threw Dead Island in which was a Christmas gift. It seems pretty cool, but before I spent too much time on it I decided to hit up Rage first, since it would be a shorter play. I’ve had it for a few months, but I wanted to finish Fallout before moving on, mainly because I anticipated that Rage would make it more difficult for me to want to play more Fallout. Not so much that I think they’re the same type of game, because they’re not, but because Rage is more my style. I couldn’t have been more right. It’s a great game and has definitely made it harder for me to want to go back to the Fallout wasteland.

Another random short play was Portal: Still Alive for XBLA. I’ve beat the first Portal on PC 2 or 3 times, but I picked it up anyway during the holiday sale just to play through the extra challenge rooms they added in that version. It’ll probably be my short break go to for a little while while I work through my stack that’s building up. 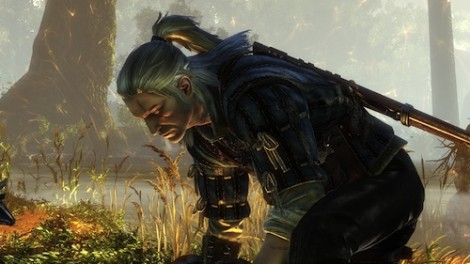 Don't you have enough flowers?

I’ve got the blues in terms of no exciting new games being dropped at my door, so the Age of Backlogs continues with more Battlefield 3 and The Witcher 2. I may not be feeling like I’m any more pro at dominating the online warzone, but my tactics usually keep me alive and unlocking new gear on the regular. I recently talked about making it over the hump of The Witcher 2 and it feels great to actually kick some monster ass for once. Just because I’m dipping into the backlog doesn’t mean there aren’t new indie titles popping up. I recently grabbed Dustforce and something about sweeping up debris in the hopes of a high ranking and finishing time is addictive in a scary way. It’s definitely my first real surprise of 2012. 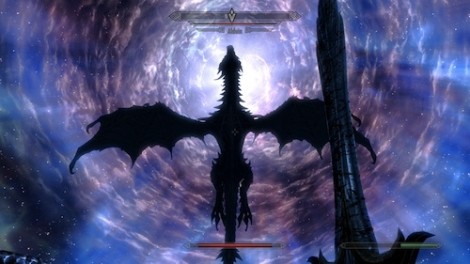 He's got a bit of a size advantage.

I’m having the same symptoms as Aaron. Right now my go to game has been Battlefield 3, and the great thing about it is I find myself teaming up with more and more players in our BF3 Platoon. There’s something about firing rockets into a crowd of unsuspecting soldiers or bringing a helicopter down to rain fire on a vehicle whose driver probably suspects it but can’t do anything about it.

I’ve decided on a persona and character for Skyrim after losing my previous game. I’m going to be playing a dark elf assassin with a thirst for blood and vengeance upon the empire. This goes against my usual “first playthrough” rules because usually I’m the good guy. Since my good guy was inexplicably stricken from the records of Skyrim, this new hero has come to bring hell on all who inhabit it – including the dragons. 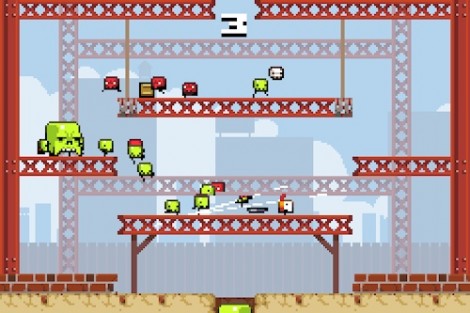 I love the look of this game.

It’s funny to see how I squeeze in games during the weeks that I don’t have much time to play. I thought I was done with games on my iPhone until this holiday season. Some of the games are really coming into their own while others just present simple addictive concepts like Super Crate Box. A platformer/shooter where the entire goal is to collect as many crates as possible, that’s it. Of course there are plenty of fast moving enemies in your way and each crate changes your weapon so you are constantly on your toes. Great for 30 seconds of gameplay or that 2 hour session I lost sleep over earlier in the week.

I haven’t gotten to play the Kingdoms of Amalur: Reckoning demo yet, but that is what my weekend gaming time will be focused on. If it is what Cole says it is, I’ll be preordering before the weekend is out.

I’m starting to have Skyrim withdrawal, but I’ve been having trouble picking the game back up because I literally can’t pick a quest line to focus on. I keep waiting until I know I have 2-3 hours to play and I never start, even if I procrastinate for 4 hours. 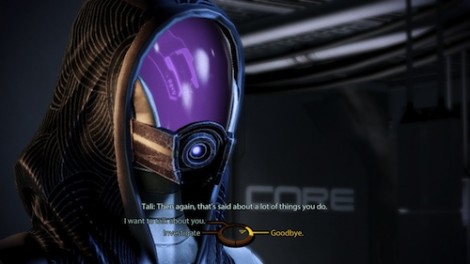 I literally don't see what you see in her.

If you’ve been following the Horrible Crowd on Twitter, you probably know that Justin L. finds my recent gaming habits comforting because, well, I’ve been playing Mass Effect 2. Again. Er, more. Whatever. I finally wrapped up my “perfect” Shepard that I want to carry over in to Mass Effect 3, which comes out in a little over a month. Unfortunately, I guess I killed Jack, but…whatever. That girl crazy. On the upside, I went with my heart and ended up with Tali, who is my girl. Now, just because I’ve never played as a female Shepard and everyone raves about Jennifer Hale’s voicework, I’m playing as a female Shepard and going for full-on-renegade. Just for lulz, I named her Caroline. After my wife-to-be. I sort of hope she doesn’t read this… 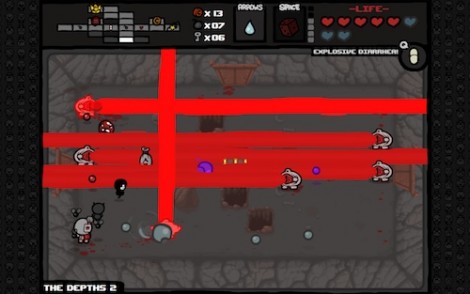 Lately I have been playing a lot of The Binding of Isaac. The game is a great throwback to Zelda and beautifully twisted. I really need to get back to the backlog. I need to convince myself to complete Darksiders and Alan Wake so I can conclude my Gaming Difficulty series. I also need to find time re-enlist in Battlefield 3. The good doctor needs to administer some rocket enemas.