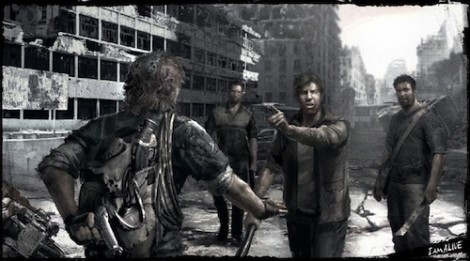 But so are they.

Not much is known about I Am Alive after its turbulent development cycle. Bursting back onto the scene with recent trailers and a fast approaching release date during the Xbox Live Arcade House Party (which starts on February 15th) has revealed that the game is still focused on surviving in Chicago a year after a devastating earthquake.

The most recent trailer (below) highlights the combat scenarios your character will face while traversing the debris filled city. Weapons are scarce, people are jerks, and you will need to defend yourself with knives, guns, bows, and the little ammo that there is around. Luckily the environment and your brain are your allies as bluffing and pushing enemies off of high rises is just as effective as a headshot.

If I Am Alive can fulfill on its promise of a true survival adventure, we could be seeing something quite unique added to the Xbox Live Arcade library in February.