As I understand it, this month is all about gaming regrets. And I’d love to join in and share my feelings about games I’m sad I missed out on or games I wish I liked, except I’m not a whiny, moping child. 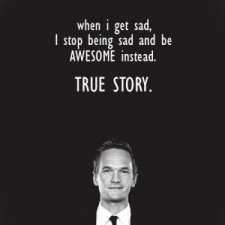 Have gaming regrets? NPH wouldn't do that!

I suppose that might have come across as a little bit harsh, but right now, I kind of want to re-imagine that scene in Almost Famous and shout from the rooftop, “I am living in a golden age of gaming!” Yeah, we all know that Ethan sits around regretting that there aren’t enough zombie games, but if you show him anything shiny, he’ll get distracted and buy another indie game without finishing the other 42 he has in his queue.  Justin L may gripe about the fact that there aren’t enough hours in the day for him to get through all of the games he already has but hasn’t opened since he buys every game that’s released, but as long as IKEA stays in business so he can buy more media shelves, everything’s copacetic.

All the games, none of the quarters

Although video games have technically been around since Tennis-for-Two, which was played on a 5″ oscilliscope screen back in 1958, they didn’t really get a lot of momentum until about the time that I was born (you’re welcome), so I’ve gotten to watch the medium’s rise from start to…well, today. If you were lazy and/or trending hipster, you’d probably bemoan the decline of the video arcade or the little game rooms at local bowling alleys, grocery stores and restaurants, but since I’m not lazy and I practice my zombie-slaying skills on hipsters, I don’t regret the decline. Sure, going down to the arcade after raiding my dad’s change bank (sorry, Dad, I think I probably owe you $100 or so…) with my little brother in tow was a good time and, unless bigger kids shoved you out of the way, the social atmosphere was cool and something that was hard to find at home. 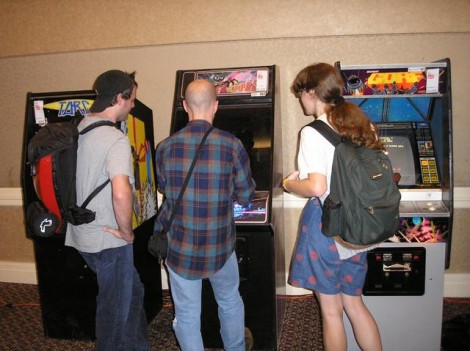 You know what I would regret? Protecting my virginity with a man purse.

But the real draw was the fact that these arcade cabinets, at least until the mid-90’s, were leaps and bounds above anything you had at home in terms of graphics and sound – if there’s been any single catalyst in the demise of the arcade, it’s been the advance of the home console (and likely PC gaming as well) in terms of graphical performance and online gaming. Now, you can be sad about that, but until you’ve had the whole arcade shut down for closing time right after you get to Magneto after pumping endless quarters into X-Men, you need to keep your sad face to your damn self. As awesome as it was to roll into Aladdin’s Castle and check out Numan Athletics, because it was unlike anything else and had such awesomely smooth and shiny graphics (for the time), it’s even more awesome to be able to scroll through hundreds of games I can download for the price I would have spent at Aladdin’s Castle (20 years ago!) from my couch and play against my cousin out in Oregon. So long, arcades, and good riddance.

While we’re on the topic of shooting hipsters in the face, let’s talk about indie/small studio games and how they’re further justification that if you’re regretting something about gaming, you have too much time on your hands and need to download some of the humble indie bundles. Based upon the models of movies and film and…well, just about every sector that produces a useful end product, you’d expect to see a straight-line increasing trend of mergers of smaller houses into bigger ones. Instead, whether it’s because of competition or a realization by the big boys that they can get talent on the cheap by licensing great games from small studios or what, we’re literally overwhelmed by a plethora of small studios creating great games at low prices! In bundles! And I’m supposed to have regrets? We’ve got retro beat-em-ups like The Dishwasher: Vampire Smile. We’ve got let’s-experiment-with-gravity projects from students in A Flipping Good Time. We’ve got incredible re-imagining of point-and-click adventures in Superbrothers: Sword and Sorcery EP. And we have a freakin’ Game of the Year contender in Bastion and you want me to complain that I missed out on something? I can’t even keep track of all the great new releases (oh, wait, yes, I can). 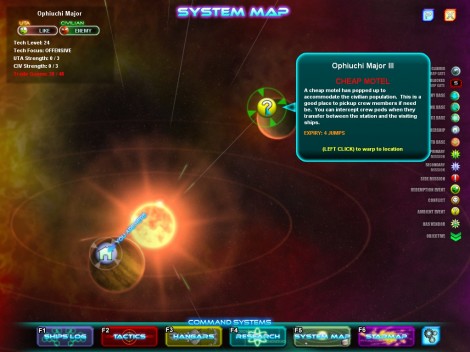 Right now, someone's probably coming up with something even cooler than combining Space, Pirates and Zombies.

Even PC Gaming’s not that scary

It used to be I rebuilt my computer every so often by piecemeal, usually just enough that I could play a game a year or two old, because it was expensive. Finally, after the transition from 32 to 64-bit processors happened, I gave up. It seemed too expensive to build my very own gaming rig, so I went ahead and bought a pre-configured system without even ordering it online. When it started to slow down, I was a little concerned about the cost of buying a new one and almost bought a low-end laptop, but then Josh Lee came through and let me know that the price of entry to build your own pretty-darn-decent gaming rig had come way down in recent years. Wait, what’s this? I can’t even be sad that I don’t have the cash to play new, great PC games, which have seen a strong revival between Steam (making access easy and coupling it with great sales) and Indie Bundles and I can get brand new games without putting on pants. I’m able to play games with the graphics setting pretty high, even stock motherboards support 5.1 without a $250 sound card and storage space has gotten so cheap that being concerned about loading up a drive with games is no longer an issue.

And one other thing…

On top of everything else, let’s see: I can take my save game with me to someone’s house without lugging my console with me. A lot of those old games that I missed out on are now available for download. There are games that make the concept of a playable movie laughable because there’s nothing that’s going to come out of Hollywood that’s going to come close to the experience and storytelling you get in a Mass Effect or Uncharted. There are games like Gunstringer and Fruit Ninja Kinect that I can play with a 5 year old or a 65 year old. This is the golden age of gaming and you’re not getting any, “Aw, gee *sniffle* I’m sure bummed that…” out of me, guys. If you’re looking for gaming regrets, go look somewhere else.