Hey, NFL Blitz is back! That is a factual exclamation. Licensed arcade football is something I’ve been missing since my Nintendo 64 and arcade days (PS2 and “The League” versions be damned). Needless to say I was thrilled when the rumors started churning that EA was going to push out a new NFL Blitz on XBLA and PSN. After getting NBA Jam right on round 2 of its releases, I was confident that EA would apply those lessons to Blitz. I’m so naive when it comes to my favorite franchises. While NFL Blitz is certainly competent, EA played it too safe this time around. If the original NFL Blitz games were fine paintings, then this new NFL Blitz is trying to use paint by numbers to get the same results. 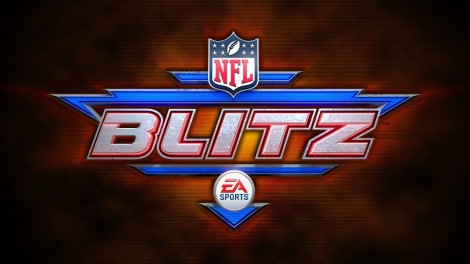 Then it must be true.

Let me state that I’m not really comfortable giving a full review of NFL Blitz for a variety of reasons:

Newcomers will have plenty to enjoy as NFL Blitz doesn’t really have much competition in the arcade sports game market, especially in the football category. As a prototype for a new NFL Blitz, this game is excellent and has everything NFL Blitz should have. The action is fast paced and the game has plenty of modes for a downloadable release. Not much has changed on the field, as teams still fight for 30 yard first downs ignoring pass interference penalties along the way. The playbooks are full of the same familiar offensive and defensive sets, so old quarterbacks will feel at home and new ones will be able to quickly get up to speed. Choosing a receiver is a simple as pointing in the direction of the one you’d like to throw to, and my favorite play of jump passing to a running back behind the line and having him throw a hail mary touchdown pass is still easy and satisfying to pull off.

Did Madden wear you out?

There are some slight modifications to how the ball carrier can defend himself as spins are harder to precisely pull off with the trigger buttons on the controller and stiff arms just don’t feel as effective as in past games. You will feel in control of your character and adjust your playstyle so I’m sure it is just a matter of preference or remapping your buttons if needed. 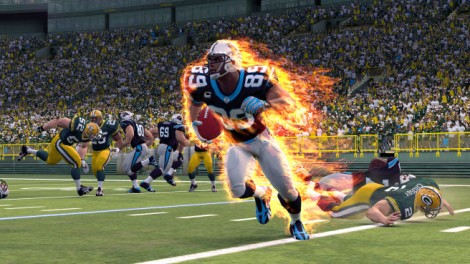 On the surface, NFL Blitz is a complete package and not a bad deal for a downloadable title, but it doesn’t offer anything new. If you have any other version of Blitz, even with the old rosters, you will get more enjoyment out of those titles. If this is your only Blitz option and you have friends ready to get to the gridiron with you, have at it. However, if you are on the fence at all, it may be worth waiting to see what EA’s next move is with this franchise. Whether it is DLC or a sequel in the next year or so, NFL Blitz feels like the shell for a better game. It pales when compared to the recent history and current features of its NBA Jam cousin.

Where NBA Jam offered new game modes and even a different feel with the Remix Tour, the addition of NBA legends, and multiple game modes, NFL Blitz’s Elite League mode just comes across as filler. Elite League users Blitz Bucks and player cards much like Madden and FIFA do to build player rosters and make an amazing team, but NFL Blitz has never centered around the abilities of individual players so its draw will only attract the most hardcore of Blitz fans.

Zombies are not what this was missing.

The biggest issue of NFL Blitz is not in its execution but in its impact. The hits feel toned down, the exciting plays feel awkward (the transitions on turnovers take too long), the computer’s AI has lost its sense of fun with the wild swings of momentum being much more rare, and the commentary is beyond bland especially when compared with the current NBA Jam.

Only smoke, no fire

NFL Blitz is not a bad game; it’s a harmless and mindless diversion that arcade sports fans can enjoy. It’s just soulless and lacks any real excitement, especially for for anyone who played previous versions. While certainly playable and amusing for new players, they will wonder what all of the fuss was about. All of the accents and over-the-top moments that took the original NFL Blitz from being just fun to being genuinely memorable are flat. What we are left with is an NFL Blitz that is a completely forgettable experience.