People tend to transform into big stupid animals the second crisis finds its way into their daily lives. This is no more evident than in the type disasters where immediate evacuation is required to insure the survival of a city’s occupants. In the last few years, those in charge of such missions have needed to evacuate people from wild fires, floods, and nuclear disasters but are they prepared to do the same in a zombie invasion? Fortunately, the folks over at Blendo Games created the perfect zombie evacuation simulator with their title Atom Zombie Smasher. 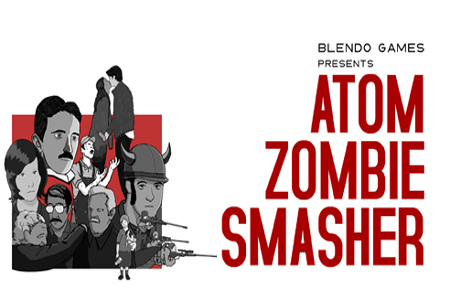 The Lessons of Atom Zombie Smasher 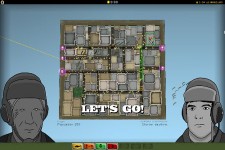 Ok, do you want to be the one to tell them they're too fat or should I?

I learned something today. Cities are filled with people, a lot of people, and it’s important to note that these people are more than likely not not going to all fit in one helicopter (the tried and true evacuation vehicle of choice). It would be too easy for a pilot to take risks and allow his helicopter to fill over capacity should he let his emotions get in the way when deciding who goes and who needs to wait. Such individuals may be cherished for their big hearts in conventional scenarios, but zombie invasions are anything but. One must insure that all helicopter pilots have had emotions like love and pity trained out of their souls, replaced with an eye for efficiency that would make robots uncomfortable. Sure, they may have to shoot people clinging to their chopper’s rungs as they desperately plea to be let in, but the needs of the many outweigh the needs of the few. Thanks, Atom Zombie Smasher.

I learned something today. In addition to pilots, there will also be a need for combat ready troops to assist with halting or slowing the lumbering undead masses. While it would be easy to simply arm a couple of groups with chainsaws and shotgun, one-dimensional strategies will only impede the evacuation process. The world of mercenaries is bursting with variety, so be sure to pick squads with different qualities that play well off each other. The impact of a minefield is magnified when combined with the zombie attracting power of zombie bait and rifle troops only benefit when they have a cool as a cucumber sniper backing them up. Thanks, Atom Zombie Smasher.

I learned something today. Before the undead arrived, it was rational to do what needed to be done in order to preserve the beauty of the one’s city or town. When push comes to shove, however, one can’t be too concerned with maintaining that same status quo, especially with zombies marching down the street and eating the residents. Mortars are going to go astray, gas lines are going to explode and the statue of that dead guy that founded everything will most likely end up as a mess of mangled brass. It’s fine, a rebuilding industry is big business! But in the meantime, nostalgia can’t obstruct one’s goals of saving those that still have heartbeats and decimating those that don’t. Thanks, Atom Zombie Smasher. 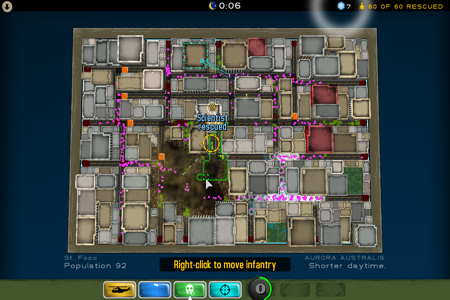 People are stupid and do not want help

I learned something today. Despite all efforts made by local governments, some people just don’t have what it takes to act in an intelligent fashion. Whether they wander into the path of a missile strike or completely miss the landing zone of the helicopter is not anything anyone can control, so don’t sweat it. Tracking down the risk takers and unaware will just lead to the deaths of others. Remember, monuments can be dedicated to both heroes and idiots that lack common sense. Thanks, Atom Zombie Smasher.

A zombie invasion is an event that we can only pray never occurs in our lifetime, but should a multinational bio-engineering firm “accidentally” release a few samples of their product into the local water source, we can at least rest assured that government officials have some form of training to rely on. It isn’t going to be perfect but should these lessons be considered, the probability for survival will be that much greater. Thanks, video games.