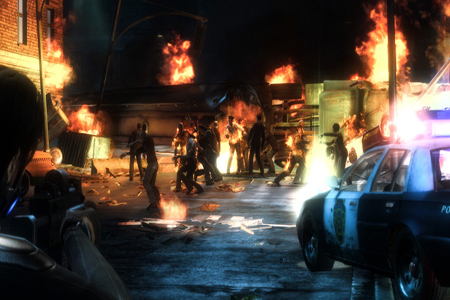 I'm excited, but will the same hold true for classic RE fans?

Being that Revelations is a handheld game and the squad based mechanics of RE:ORC couldn’t be further from the survival horror RE was founded on, anticipation for announcement of the sixth entry in the series may be all that old school fans have left. Then Masachika Kawata, producer for RE:ORC decided to make the following broad, cryptic and somewhat contradictory comment on Eurogamer:

“The series will see a complete renovation with the next entry on every level. But we can’t forget about all the previous entries that have led to the creation of many possibilities for the franchise. I can’t say if we’re going to make it survival horror or a shooter, but I can say that it’ll be totally new.”

Now we can’t tease very much information from that statement, like whether zombies will make a comeback (I hope they do) or if the speculated Chinese location is indeed factual, but it may not be outrageous to think that Resident Evil 6 might be doing some genre shopping in hopes of genre swapping. 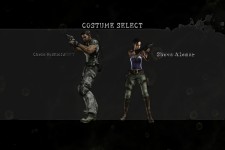 Well there is some tension, but it's mostly sexual in nature.

When an individual wants to hype a product that has lost a bit of steam over the years, they’ll often masquerade a slightly tweaked alteration as “totally new” in hopes that curiosity will drive initial sales and a solid product will overshadow questions about the authenticity of the aforementioned statement. While perhaps a bit misleading, there really is no quantitative measure to determine what “totally new” actually means, so I’m going to go out on a limb here and say that perhaps a throwback to the good ol’ days of survival horror is what they’re speaking about.

Gamers that first experienced Resident Evil through the Wii light-gun games or the fourth and fifth iteration of the franchise may never have experienced survival horror like some of us old guys did, and thus survival horror would be totally new to them. Now, I don’t think for one minute that we’ll be seeing static backgrounds and crappy controls, but the tension that defined the series may be making a comeback in place of the more action oriented and arguably tension free game-play of Resident Evil 5 (I think RE:4 was a decent happy medium). This means less ammo, a slower pace and a constant mental debate between the survival instincts of fight or flight. People may demand my head on a platter for saying this, but Capcom could take a cue from Dead Island on how to do this while also keeping action fans happy (and no I’m not suggesting Resident Evil with a melee focus).

Piggy backing off the Dead Island comparisons, perhaps totally new means a totally new perspective, and if you don’t count Umbrella Chronicles and Darkside Chronicles, the first person perspective would meet this criteria. Now, I don’t think I’d take as much issue with having a Resident Evil FPS as long as it didn’t alter perspective to validate over the top shooting, but I do think that the switch may send tremors through the RE super fan community. 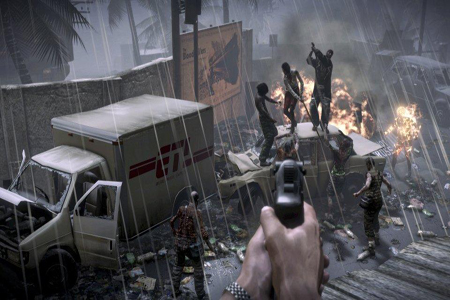 Historically, most FPS games have focused on action over immersion/tension and it was evident from the reception of RE:5 that action is not what people necessarily want from this series. However, in my opinion, it is easier to build tension and immerse players in an environment or scenario when they are experiencing it through the eyes of their character as opposed to watching everything from a floating camera. Dead Island did a great job of this and while the story and characters were pretty bland, the constant dread felt while moving throughout the ransacked island is very similar to that felt while exploring Raccoon City and the legendary mansion based Umbrella research facility. It’s just that much scarier when you can’t see what’s creeping up behind you. Additionally, games like Penumbra and the fantastically frightening Amnesia, proved that the FPS is capable of way more than simple run and gun tactics (don’t worry, I’m not suggesting taking the action completely out of the game).

What if “totally new” actually meant “totally new” and not the derivatives I’ve spoken about in the last few paragraphs? While I see this as unlikely based on the fan-base of the series and the risky nature of overpowering innovation in a franchise, I do see a few potential“left field” possibilities in genres yet to be explored by the Resident Evil series.

I think it’d be pretty interesting to see Raccoon City or another infected locale from the perspective of a mayor or other official trying to keep things in order while dealing with the horrendous after effects of a biological weapon gone mad. I realize it’s kind of a ridiculous prospect, but for fans of Sim games it could be pretty fun to deal with a crisis on the magnitude of the T-Virus outbreak. Do you evacuate your commercial district, thus cutting tax revenue or send in the STARS team to investigate the zombie themed shenanigans occurring outside the city? Do you take a gamble and accept aid from Umbrella or rely on your internal ability to better the daily lives of your citizens? While more of an evacuation simulator than city manager, Atom Zombie Smasher did a great job of providing a unique vantage point on a zombie invasion and could be a blueprint for certain components of Sim Evil.

What about a Resident Evil RTS game where armies composed of the BSAA, Umbrella (Tricell) and their grotesque creations could fight it out on a much larger scale? I’m definitely reaching on this one as there aren’t many vehicles highlighted in the series of games, but should the game operate more like Dawn of War II and its expansions then the smaller units would take the spotlight and make for an easier transition to the genre. Like the above idea, this would definitely alienate the core group of RE fans, but that arguably already happened after RE:5.

The Return of Online 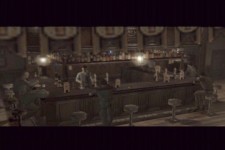 We like drinking together, fighting zombies and other mutants shouldn't be that much of an adjustment.

Finally, seeing as everything has to be online as of late, I can only assume that some sort of online functionality could be the core of the sixth Resident Evil game. Whether this is similar to what Resident Evil: Outbreak attempted or perhaps an REMMORPG would be contingent on what community Capcom really wants to target. I’d probably play both, but would prefer something in the middle that would make it easier to avoid the “stick and click” gameplay of most MMOs while also allowing players to feel like they’re changing a persistent game world as opposed to replaying an the same scenario with different people or new equipment. Project Zomboid would be a good place to start in terms of maintaining that survival horror feel in the context of a more open ended game space.

I’ll admit it, I’m a bit worried about the future of Resident Evil but I am also aware that I have to let go of the restraints I and other fans have placed on it. The RE universe and mythology are huge entities that should be allowed to explore other gaming territories. Regardless of whether the series stays survival horror or goes in a completely different direction, it’s kind of nice to know that biologically engineered monsters are still finding ways to make life difficult for the inhabitants of Earth.