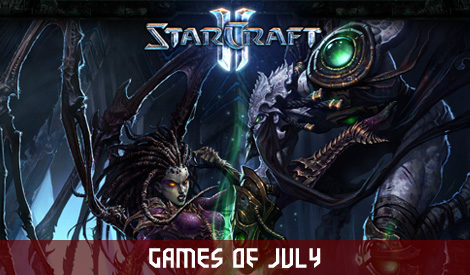 Summer is heating up, and the amount of quality titles is cooling off for July. However, that’s going to happen when Blizzard releases a sequel to a worldwide phenomenon. Most of The Cursed are saving their money, but we scoured the release lists and picked out our favorites so that you can use your summer nights wisely this month. Take a look at the releases worth talking about and a few select previews below: 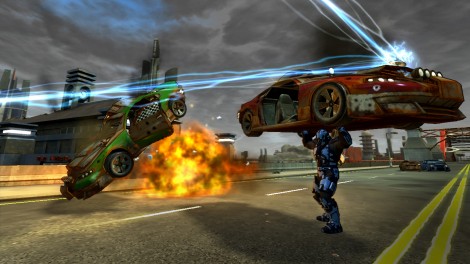 JDevL – The sequel to one of the early surprise exclusive hits for the Xbox 360. Your superhuman powered agent takes to the streets of Liberty City once again. This time you’re not only jumping over building to battle gangs, but The Freaks (think mutant zombie horde) come out at night just begging to be hit by (thrown) cars. If crazy sandbox shooters are your thing, it doesn’t get much more mindlessly fun than Crackdown. Demo Video.

EndlessBen – I’m actually really excited for Monkey Island 2: SE; The MI games are probably my favorite series of all time and I really enjoyed the first special edition. This one is adding commentary from the developers who are pretty funny in their own right so it should be a great incentive to play through again while listening to those guys yuck it up. Documentary Trailer. 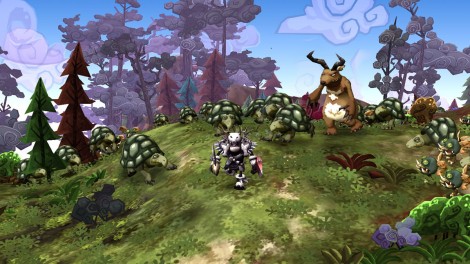 JDevL – Speaking of Monkey Island, one of the original creators of that series, Ron Gilbert, has been working with Hothead Games to produce this humorous action game. It has been described as “Monkey Island meets Diablo” and promises to be one of the most unique and hilarious titles for XBLA and PSN. Developer Walkthrough.

TheProphecy – I’ve always preferred NCAA football over the Madden series because of the recruiting system and dynasty modes. I get a new one every 2-3 yeras so that EA has time to make more significant additions to the gameplay. And actually, because I’m an RPG loving stat machine, I have more fun tweaking teams and improving players that I don’t really know rather than messing with the lives of the real named professionals. And besides, there’s nothing like taking Youngstown State to the National Championship. Plus, the improvements to the on-line co-op mode seem pretty cool. IGN Preview.

JDevL – I won’t pretend to be an experienced StarCraft player by any means, but when Blizzard releases a game I pay attention. StarCraft II will have it’s campaign split up into three releases (thanks to Activision) with this one focusing on the Terran race, but expect a highly polished and highly competitive RTS experience. On the single player side of things, I will be following any details dig up on the story, as it has been a while since Blizzard expanded the StarCraft universe and it will be interesting to see them apply their World of Warcraft story telling skills within it. Campaign Gameplay Trailer.