After developing a fondness for its puzzle-platformer Escape Goat (and a weird obsession with the game’s four legged protagonists), Ethan tracks down Magical Time Bean’s Ian Stocker and learns the ins and outs of indie game development. 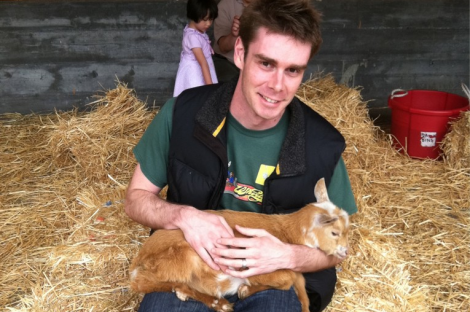 Magical Time Bean’s Ian Stocker is a self professed “Jack of all trades” when it comes to making games, a quality that comes in handy for a guy that takes on every aspect of game development for his titles. From programming and art design to crafting the soundtrack, Ian does it all and based on the popularity of games like Escape Goat and the Soulcaster Series, and he does it quite well.  A life long gamer, Ian’s development influence derived from his time with the  Commodore 64 game Adventure Construction Set back in the 80’s and from there he knew where his aspirations lay.

Whether you’re curious about the indie scene from the perspective of an up and coming designer or question the political motivations behind the Salem Witch trials, this episode of Checkpoint is here to provide a wide spectrum of insight as well as proving that despite being easily distracted, Ethan is more than capable of asking relevent questions 60% of the time.