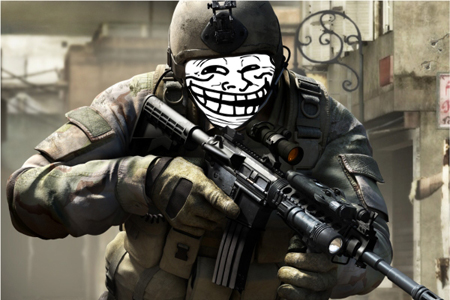 Lulz, I really have nothing better to do

Justice is a dish best served cold, but is that dish cold because it was intended to be cold or just cold because it got served a bit late? That is the question going through many Battlefield 3 players heads as the rampant cheating associated with the PC version of the game has made it difficult to partake in fair and competitive games and not a whole lot was being done to combat it (yes, Punkbuster is not as great as you may believe).  Even flagrant offenses were seemingly going unnoticed by both server and Battlelog  moderators, filling forums with frustrated gamers ready to call it quits.

On Wednesday, a DICE representative posted on EA’s Battlefield 3 Blog the following statement:

We have always taken cheating seriously. Starting today, we will further intensify our efforts to hunt down and rid Battlefield 3 of cheaters. Stats wiping and banning this disruptive minority is the only way they will understand that they are ruining the game for others. We do this for the millions of dedicated players out there who deserve a fair game, every game.

The representative went on to describe the  reporting procedure for flagging a cheater and the process so-called “analysts” go through in order to determine whether the report is substantiated. It’s good that they are making sure that skilled players are not penalized for being good at the game, but it’s fairly obvious when infractions are occurring, both in-game and on the leaderboard (over 100% accuracy, how does that even work?).

Should you be in a scenario where you believe someone is cheating but aren’t quite sure, here are some red flags to look for (some of these do not necessarily equate to cheating, though that’s more of an exception than a rule…nobody is that good):

-Long strings of kills by an individual player within seconds of each other.

-Small arm kills through vehicles (no, you’re not that good of a sniper)

-Knife kills from across the screen

-Profiles with the troll face as an avatar

And as a side note, the worst thing you can do is react to these guys. That’s their fuel and very few actually want to play competitively.

As of the date of this article, the leaderboard seem to be wiped clean of most the cheaters who had a strangle hold over the competition, though I’m sure they will find a way back, they always do.