Back when I was a child and unable to afford every cool game that was released, I relied on friends to get the opportunity to play a variety of games. We used to go to each other’s house and play for hours on end. When it was time to leave the negotiations began: “I’ll trade you this for that.” Sometimes, the trades would even happen at school though weren’t allowed by some teachers. Now that I’m older and don’t have many friends close by that I would trade with, it rarely happens anymore. Do kids still trade games as much as I did back then or is it a dying aspect of being a gamer? 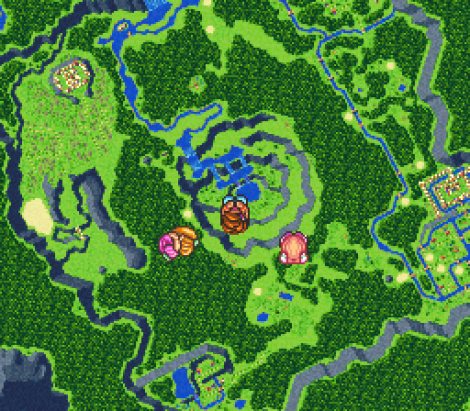 There are a few trades in my childhood that I remember more clearly than any others. My good friend Nathan (The Prophecy) and I never went to the same schools until high school. Most of our friendship was built during the summer through baseball and video games. If there are better things to base a friendship on, I couldn’t tell you what those are. One summer, I traded him Secret of Mana for Mortal Kombat II. I had played the crap out of Secret of Mana (enough for it to become one of my favorite games of all time) and felt that I could let it go for some bloody fun.

I had played a bit of the original Mortal Kombat on the SNES but grew disillusioned when I saw the Genesis version. When the sequel came out on the SNES, I wanted to give it another shot but couldn’t talk my parents into getting it for me. Once I introduced Secret of Mana to Nathan, I knew I had the chance to bring home Mortal Kombat II. You might not think it was the fairest of trades but I was done with Mana at that point. The funny thing is, we ended up having the other person’s game longer than we had our own. I think it was a good couple of years before we finally traded back. It wasn’t a big deal. We trusted each other to take care of the games. Except Nathan tore up the world map and box that I gave him along with Mana. I have never forgiven him for that (even if it was his dogs or brothers that did it). 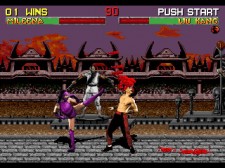 I might have mentioned somewhere before that I often made friends who were interested in video games. They might have not had any other redeeming qualities in my mind, but the chance to hang out and play video games was pursuit number one for me. I remember in elementary school, going to a new friend’s house a time or two just to play video games. He had this one game that I couldn’t get enough of: Castlevania II: Simon’s Quest. I ended up with the game without having to give up one of my own. I think the intent was that I’d bring a game for him to borrow next time we hung out, or at school. That never happened. I don’t quite remember my motivations behind the one-sided trade if there was any to begin with. Needless to say, I came out ahead on the deal and still have that NES cartridge in my closet at my parents’ house.

When I sold my NES at a garage sale to make enough money to afford the SNES, I held on to that game. I knew it wasn’t mine to sell so I never did. Now 20 years later, I still own it and don’t know what to do with it. Should I hire a private investigator to track him down and return it? Nah, too much effort. Maybe I’ll just donate it to Horrible Night, seeing as how it’s named after a quote from the game.

I don’t really trade games today. I can recall only one time when I traded a game in the last 10 years or so and that was with Justin G. We traded Borderlands for Enslaved. I also borrowed Red Dead Redemption from Justin L. without giving him a game in return (because he already owns everything). Red Dead was returned after I beat it, so I can’t be pigeonholed into the game thief category.

Why have I stopped trading? Is it because I value the monetary investment I make in each game now? I bought many of my own games back then, but I was willing to trade them. Do any gaming adults still trade games? Do kids today still trade games?  Is that aspect of being a gamer dead? Even if that aspect of gaming life is still alive, it will die soon with digital downloads becoming more prevalent. I guess when adults can afford to buy their own games and are very selective in doing so, it doesn’t make sense to trade with others. We buy what we want to play. Many times our friends are buying the same games we are so that we can play online or have discussions on a website.

Part of me misses trading great experiences with my friends, but I understand why it doesn’t happen anymore. It’s just something that is harder to do in this day of video gaming.