Ever since Gran Turismo on the PS One and the original Need for Speed: Hot Pursuit I can’t find a racing game that can grab my attention for more than a couple play sessions. Recently, I was looking through my library of older games and came across Rock n’ Roll Racing. I wasted many days of my youth battling aliens in awesome cars while listening to Black Sabbath, and I believe now is as good a time as ever to reintroduce the world to Rock ‘n Roll Racing with the graphics and soundtrack the game truly deserves. 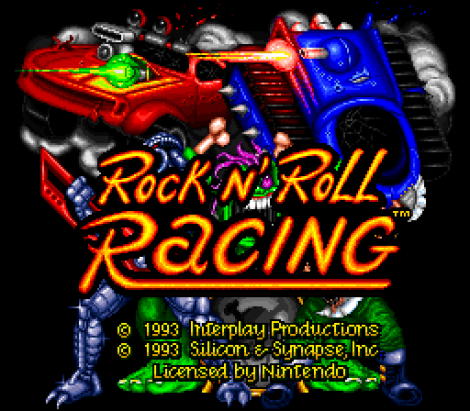 Futuristic Racing As It Should Be

The entire premise of the original Rock n’ Roll Racing is that you’re a new racer in an intergalactic racing league. You purchase a starting vehicle and tailor it with the weapons and armor you prefer and you’re forced to travel from planet to planet to battle alien racers in duels to the death. There was a heavy emphasis on battles as you could purchase rockets, mines, oil slicks and so on. You could also purchase what you needed to improve your car’s performance such as shocks, nitrous and armor. The game also allowed two players to play a single campaign together and battle the other racers, including each other, to add another level of competitive play.

Fast forward to today. While the game was generally simple it was also incredibly tight. How do we improve a winning formula? 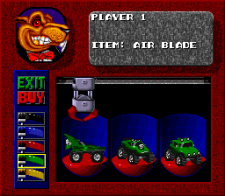 Pick a car in the claw game. 25 cents per credit.

The easiest approach is to try to tackle character and car customization. Like the original, customizing your car is incredibly important as customizing everything is the norm now.  Adding character customization is also a great way to add a little depth to your rockin’ racer. Customize your character’s basic skills and features such as if your racer packs more firepower or better accuracy it may drive slower and vice versa. Give your character a voice as well to do some trash talkin’ for you over the com device when your rocket takes out an enemy. Of course, the same could be done or said to you when you get taken out as well. Either way, a healthy banter between characters is welcome. 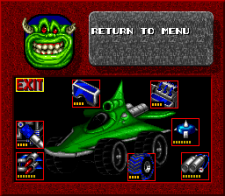 The original game allowed you to select a car type and color. You could only own one car. Expand that to be able to purchase as many cars as you can reasonably afford throughout your career and add varying layers to a car’s design to really give your car the customized look it deserves. This vehicle is an intergalactic death machine, and it needs to look that way. The equipment for the car can be expanded to varying weapons and improvements as well, but the equipment has to be purchased with the earnings you’ve collected along the way in your career. Weapons can now include everything from machine guns and mini-guns to rockets and lasers (we are in the future, you know). Expand your car upgrades to allow for varying benefits such as speed, nitrous, armor, cloaking, launching your vehicle through the air, flares, anti-gravity, gravity and so on. Instead of forcing players to unlock these items through gameplay, everything is based on winnings through racing. 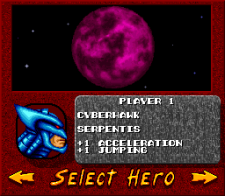 Imagine what you could do in career mode.

Players will be able to experience RnR with an enhanced multiplayer-infused career mode. You can play career mode alone in single-player, but you can also open it up to other human players who are working through career mode as well. Your earnings will go toward your car and the licensing rights to race on other planets. Limiting races to 8 players per race will add to the insanity of RnR without letting the game get out of control. Similar to the original, you are allowed to be destroyed in the race, either by the hands of your opponents or flying off the track, up to three times before being disqualified from the race. This gives you a chance to get back at your attacker. 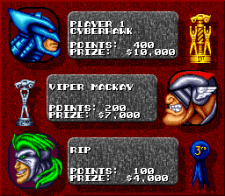 The top racers reap the rewards

The other planets you can race on will feature a number of tracks in alien-rich locales which may not only introduce strategic opportunities for racers, but some planets may also provide hazards such as low gravity, high gravity, volcanoes and other dangers. In career mode, if human players aren’t there to take up racing spots, racers are replaced by AI racers which often includes the boss racer of the planet much like the original.

Music and sound in video games have come an incredibly long way since the 1993-released version of this game. The MIDI soundtrack in ’93 made the game no less epic, but if you can take the stock of rock music in digital format we have today, you’re creating an incredible opportunity to be able to destroy aliens, win races and rule the intergalactic racing universe while rocking out to your favorite metal. A rich soundtrack can provide players the opportunity to customize the soundtrack to their liking, and today’s consoles can play music themselves so you could literally play any type of music.

I would take this a step further. In first person mode, you should be able to hear the music as it would sound if you were actually in the car. Create the appropriate acoustics and ambiance to make it feel as if you’re actually driving in the car. As you turn your head to look out your window or in different mirrors the music adjusts, and if you’re rocked by a rocket the music dies out as your ears ring only to bring back the sweet nectar of music. Let’s face it, as much as this game is about the car battles, it’s just as much about the music experience.

You cannot forget the voice of Loudmouth Larry to commentate on the race as it plays out. You can’t forget the wonderful one-liners:

In a World Where Sports Games Are Too Realistic

Sports games have been going by way of the realistic path. Every facet of every sports game is trying to find that edge which makes you feel like you’re actually in the game and changing the outcomes of sporting events. There are other retro sports games due for a resurgence, and Rock n’ Roll Racing is no less due. Racing has been getting more and more realistic as well, and there have been games that have attempted to mix the realism with the ability to battle others. Rock n’ Roll Racing grants a developer an opportunity to make its own rules in a future, vast universe where no one plays by the rules…not even their own.