A little different take on Shiniest Objects this week. With sheer amount of E3 coverage, we’ve weeded through to find the games that slipped through the cracks of the major conference coverage. Check out the best of the rest of E3. 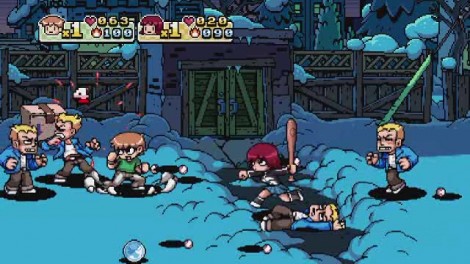 17 upcoming games that you may have missed, in no particular order:

Hard Corps Uprising (1up preview) (info) – XBLA, PSN
The next best thing to a new Contra from the team that brought you Guilty Gear.

World of Warcraft: Cataclysm (Shacknews preview) (info) – PC, MAC
It’s still a big deal and wants to suck you back in when the expansion reshapes the world of Azeroth.

XCOM (Giant Bomb trailer) (info) – 360, PC
Questionable new direction for this beloved franchise appears to be coming together better than everyone expected.

Scott Pilgrim vs The World (Joystiq preview) (info) – PSN, XBLA
The game is looking even better than the movie, both of which are adapted from a graphic novel. River City Ransom meets and incredible new art style in this 2D brawler.

Bionic Commando Rearmed 2 (Kotaku Hands-on) (info) – PSN, XBLA
This time “Rad” can jump in the sequel to the only Bionic Commando remake worth playing.

Def Jam Rapstar (Joystiq preview) (info) – 360, PS3, Wii
This will be your next public embarrassment, but the game is looking fun as hell.

Mortal Kombat (Giant Bomb hands-on) (info) – 360, PS3
Mortal Kombat is back, and this game is meant to be all fan-service. If you haven’t played MK since MK II or 3, this may be the game for you.