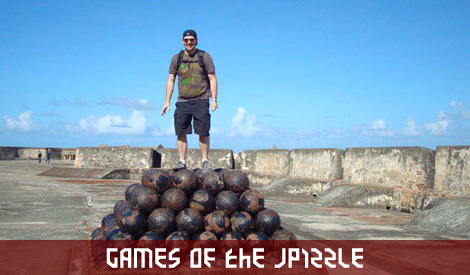 I know a lot of people around here are stressing out about how to rank and file their games of the year. My selections have been fairly cut and dry for a while now. So I graciously present to you my top 5 games of 2011:

That was one hell of a party.

5. Crysis 2 – I may have never picked this game up if it wasn’t for the launch trailer. B.O.B.’s rendition of New York, New York sucked me in. It was the first time in a long time that a trailer had such a large influence on my purchasing decisions. I ended up being extremely pleased and surprised by Crysis 2. I like to call this title a ‘new to me IP’ since I never played the original Crysis title. I loved almost every moment in this one. The gun play was tight and the stealth worked amazingly. The ability to plan out how you wanted to approach your enemies with the tactical layout was fantastic. Unfortunately, there were too many forced tactical layouts in the game, making the set pieces repetitive towards the end, but overall I enjoyed planning my approach to a large amount of enemies. At the time of the release, the graphics were breath taking. Crysis 2 was a huge breath of fresh air to the shooter genre and not just because of the ability to move in and out of stealth seamlessly. Crytek really impressed me and I look forward to what it has in store for us in the future. 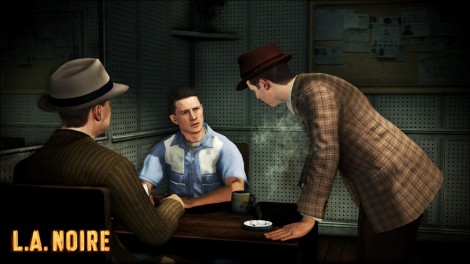 I want to know why you stole the last cookie!

4. LA Noire – 2011 was not just the year of threequels, but it was also the year of some decent new IPs. LA Noire was a very risky game to develop. Arguably, the biggest risk was creating a game that heavily relied on facial recognition technology since the core of LA Noire‘s gameplay involves interviewing witnesses and persons of interest. You also have the pleasure of interrogating suspects. There are many crossroads in the game forcing you to arrest one of two men after an interrogation, which ups the pressure on you to get it right the first time or let a killer go free. Another major risk was the overall story and setting. Film Noire isn’t exactly a mainstream style of story telling anymore. It did, of course make sense that Rockstar would publish a risky period piece based on the success of 2010’s Red Dead Redemption.  Fortunately for Rockstar, the game and concept took off. LA Noire did everything it set out to do: tell an interesting story while forcing the player to think and adapt to an entirely new way of playing a game. It takes a lot of focus to listen to someone talk and watch their mannerisms while they explain their side of the story. I found I could only play this game a couple of hours at a time or I would lose all focus. I don’t think anyone had played a game with such a unique style before – there was something special about LA Noire; unfortunately the controversy surrounding Team Bondi did leave a small black mark on the game.

3. Battlefield 3 – I made the decision after the Game Informer feature to purchase this game over this year’s Call of Duty title. My decision was way outside of my normal comfort zone. I had never played a Battlefield title prior to this one. As a result, I had a hard time coming up with a concrete opinion, but now I love it; I see now why this series is so beloved. The single player isn’t anything to write home about, but the multiplayer is a true star. The single player is the standard fight-back-waves-of-enemies-in-set-piece-battles setup; not much has changed with first person shooter stories over the course of this generation. The vehicle sequences are the star of the campaign and are the most memorable part of playing Battlefield solo. When it comes to multiplayer, the maps alone are fantastic. The inclusion of vehicles and squads is the icing on the cake. My favorite part of this experience is the objective-based game play. I can play any match and not feel the need to get the most kills. I love nothing more than setting up flag defenses and capturing said flags as well. Playing Battlefield with friends makes the multiplayer experience one of the best this year. To me, the timing of Battlefield was just right. This game will continue to keep my attention as we cross into 2012 and it is well deserved. EA has two great in-house shooter developers in DICE and Crytek. I just hope that EA will launch a game in the future without stubbing its toes. 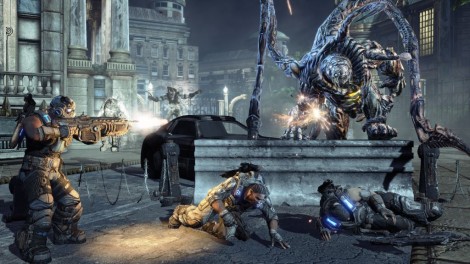 The horde is really pissed.

2. Gears of War 3 – I was very excited to see the conclusion of Delta Squad’s story. At the same time, I was sad to see them go. A lot has been said about Gears, good and bad, but Gears is still a one of the best franchises from this console generation. The core of the game hasn’t changed much over the course of three titles, but I didn’t feel that drastic changes needed to be made. I won’t say anything about the story other than it’s exactly what you would expect from a Gears game. Epic tweaked what has become the best multiplayer mode that Gears has to offer: Horde Mode was expanded by adding a tower defense element. The ability to build fortifications, turrets, and mechs helped expand the Horde into one of the best aspects of Gears 3. Beast mode was also a nice little surprise – it is a LOT of fun to play as the Locust trying to defeat COG forces. Epic did a great job of closing the (hopefully) first chapter of the Gears story. Maybe someday the sun will rise on a new squad bringing us a new chapter in the Gears story.

1. The Elder Scrolls V: Skyrim – What more needs to be said about this game? Dragons, flower picking, weapon smithing, giants, and a rugged snowy terrain are a few of the many highlights within the realm of Skyrim. I have never had more fun doing literally nothing in a video game thanks to the radiant story generator. As I explore Skyrim, I find the need to go into every cave, fort, and dungeon just to see what is in there. I craft potions and weapons for the hell of it, and I hunt animals because I can.  After 40 hours of Skyrim I don’t think I have even begun to scratch the surface of this huge game. Everything that was a nuisance with Oblivion has been changed for the better. Switching weapons and spells is easier than I could have ever imagined. The fifth entry into The Elder Scrolls feels almost like a new IP. Front to back, this game is absolutely amazing. I can only imagine what the DLC will entail, but I am sure it will be just as amazing. Bethesda has created (in my opinion) the quintessential Western RPG.

This year was an amazing year for games. I know that there are many titles that will not get my attention until 2012 and beyond. 2012 is also shaping up to be a huge year. We know that Wii U should be coming out, and new console announcements from Microsoft and Sony are expected as well. There are also a lot of games I am excited about for next year. I leave you with my most anticipated games for 2012: