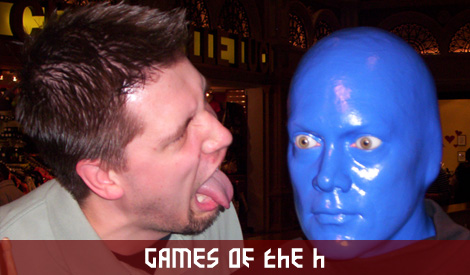 When asked about this topic, I immediately drew a cold sweat followed by violent shivers. These shivers eventually faded, and I was able to begin trying to calculate which games would make the list. I’ve never actually sat down and made a list like this before, and while I may seem horribly unqualified, you will still sit here and read it anyway to find out what my inner child deemed worthy of my top games of 2011. Without further adieu, let’s take a look at what impressed my gaming systems the most this year. 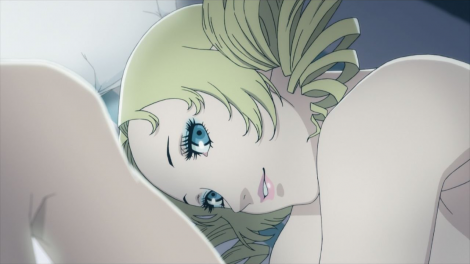 Cream of the crop

1) Catherine – You might actually raise an eyebrow seeing this as the top of my list, but when I sit and consider overall game experience, this keeps coming up at the top of the list. While some may disagree with this choice, I found myself enjoying every single facet of the game. The writing was incredible, the characters were fun, and the game featured kinky death puzzles, for crying out loud! I pulled a near all-nighter twice while playing this game because I was having too much fun to put it down. Even as I write this, I want to try to get different endings. I was a good guy the first time through, and now I feel like being a complete jerk character in the game just to see what happens.

2) The Elder Scrolls V: Skyrim – Ever since I was younger, playing Dungeons & Dragons with my older brother, I always pictured what the worlds I traveled in would look like. Skyrim is like it went deep into my brain and ripped that right out and threw it up on the television screen. I keep finding myself drawn into the game over and over again, and I can’t help but lose myself in the history, quests, and random hunting trips  for dragons I find myself in.

3) Battlefield 3 – I think this won the 3 spot on my list by sheer surprise factor. While I didn’t care too much for the single-player campaign, I knew it would take quite the multiplayer experience to pull me out of Call of Duty. I spent 300+ hours in Black Ops up until this game’s release, and to be honest I didn’t know if it could replace my experience there. I’m consistently drawn to the challenging MP experience, incredible graphics, and it’s fun as hell to fly helicopters.

4) Batman: Arkham City – Oddly enough, this game took a backseat to other games as I tried desperately to work through my list this fall and winter season. Once I finally gave the game the time it deserved, I quickly found out that I wrongfully neglected this game and I found myself apologizing to Batman on several occasions for making him wait. Batman has always had a special place in my heart growing up despite being a notable Marvel fan (*gasp*).

5) Call of Duty: Modern Warfare 3 – As a standalone game, this holds up to many of the rest on the market. As a sequel, it’s an average effort. Either way, the multiplayer experience is exciting and fun while the single player experience still competes with the best among first person shooters. 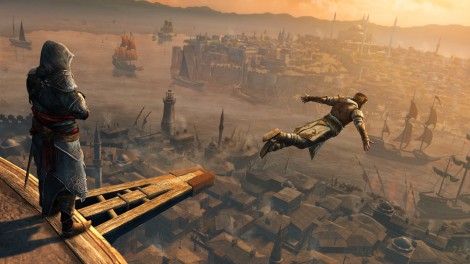 Sometimes these lists consist of a lot of these...

To be quite honest, I had a hard time deciding on the 5 spot with such great games in Gears of War 3 and L.A. Noire in the 6 and 7 spots respectively. Gears of War 3 brings about a certain machismo attitude while L.A. Noire absolutely set the bar for its genre, and to be honest both of these games could have taken that fifth spot.

Assassin’s Creed: Revelations and Dead Island were two games that really brought us great experiences. Revelations gave us a fitting end to Ezio’s story and improved the multiplayer formula while Dead Island gave us an up close and personal relationship to the undead that was really enjoyable.

I think out of the remaining 5, the most surprising game as I looked back on the year was Major League Baseball 2K11. I haven’t played a baseball game in four years, and I had a couple of friends talk me into picking it up. I was a little reluctant, but I couldn’t be more satisfied with my purchase. The game was just enough to keep me interested, and often times I found myself saying “just on more game” before going to bed for the night.

What a great year

I also filled a number of gaming slots to games that were backlogged from 2010, which definitely put a pinch on my 2011 games. I still somehow pulled through in the clutch and had a great year. This year was the year of sequels. I think the odd part from all the sequels this year is if they were stand alone games, they would have been just as good if not better. That’s the sign of a good year. Games were fun and exciting experiences that give us gamers countless hours of enjoyment and room for discussions of what is the most epic game out there.