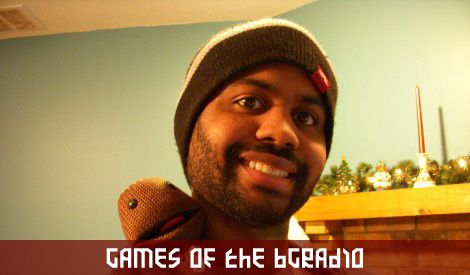 I’m not going to lie. It’s damn hard to choose only ten games to gush about this year. A lot of great games have been released in these past twelve months and a large handful were able to rock my eyeballs to their very cores. I’ve had a lot of time immersing myself into many unique game worlds and my experiences all feel like winners. Instead of throwing an immature fit about life being unfair (because it is), I’ll follow the man’s rules and provide my top ten Games of the Year 2011. 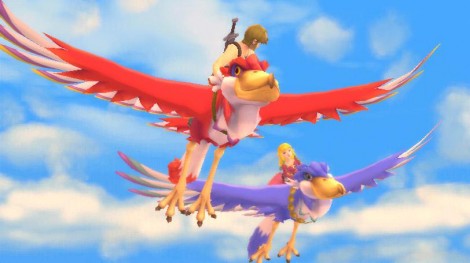 Soaring above the rest.

1) The Legend of Zelda: Skyward Sword – If there’s one game that made me glad to be a Wii owner in 2011, it’s Skyward Sword. I found it such an amazing experience that I reviewed it very highly and immediately knew that it had to make my top games of the system, let alone the year. I usually have to be in the right mood to want to play with motion controls, but the need to play the latest Legend of Zelda was way too strong to deter me. Exploring dungeons, finding new items and swinging my sword into the faces of my enemies as the iconic Link gave me one of the best and most memorable gameplay experiences of 2011. Skyward Sword is proof that Nintendo still has what it takes to stay in the game if gamers can be patient and continue to give them a chance. 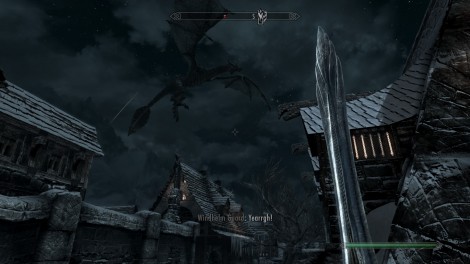 In the same situation, I'd probably say "Yearrgh!" too.

2) The Elder Scrolls V: Skyrim – Surprise! Skyrim made my top 10 list! This is my favorite RPG of the year and I’m so glad that it delivered. I’ve only put 50 hours into one character finishing the story, running side quests and generally acting like a child with a stolen credit card in a toy store. Dragons fall before me, horses help me fight bandits and my companion Lydia remains sworn to carry all of my sweet loot. Leveling up is addictive and I never know which perk I want to gain next. Then there’s the mod community, which has made the PC version even more awesome and I swear I’m not even talking about nude mods. If it weren’t for the fact that the world is a little too open when it comes to the urgency of the story, Skyrim might have easily beat out Zelda for my #1 spot. As is, it’s still great and deserves the next best place at the top.

3) Portal 2 – Imagine, if you will, a time before gamers were showered by a ton of top-rate games that were prime for award nominations. Way back then (in May), a follow-up to one of the most unique and quirky puzzlers released and it was a doozy. Portal 2 could have easily been a case of lightning failing to strike twice, but it struck again and that second strike was even harder, more talkative and humorous. New elements like laser bridges and gels made figuring out where to place your portals more than just launching yourself from A to B. The narrative was deeper and more entertaining as robots and pre-recorded messages brought the weathered world around the player to life. If my future self went back in time and told a slightly younger me that a co-op campaign in the Portal universe would be awesome, I might have slapped myself. Portal 2 is a perfect example of the side of games that isn’t war and murder and I loved the whole damn thing while it lasted. 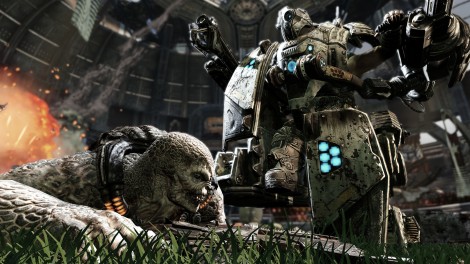 4) Gears of War 3 – All aboard the Cole train, baby! The further adventures of Marcus Fenix and friends released and is pretty much one of the fullest packages on the Xbox 360. A fully cooperative campaign with fun and impressive set pieces, the return of my beloved Horde Mode, a new spin on survival with Beast Mode and the chainsaw-iest, headstomp-iest competitive online multiplayer I know. Epic really knows how to go all out and this is a game that I can’t imagine leaving my collection. When I spent just over 4 hours trying to complete all 50 waves of a Horde match (on normal), I knew I was going to have to cancel all appointments and tell my family I love them the next time I play and kick it up to the hardcore difficulty. This iteration of Gears is the best yet and I’m already sweating knowing it’s not over until the fattest Brumak sings.

Many thugs were harmed in the making of this top 10 list.

5) Batman: Arkham City – When the sky is dark and the criminals are terrorizing the streets, one masked figure can be seen soaring overhead shouting, “This is awesome!” Arkham City is the perfect follow-up to 2009’s Arkham Asylum, sending Batman into a larger, open environment ripe for punching faces. Seeing the Joker, Penguin and other super-villains all in one location made my eyes water (with manly joy) and unleashing an assortment of gadgets on my opponents always felt like a “hell yeah, sucka!” moment. The fighting remains as fluid as ever, the story is very cool and hunting for all of the Riddler’s trophies again results in something so satisfying after finding them all in the last game. I always say that I’m a Spider-Man guy, but I’ve got to admit that Batman currently owns the video game arena and that’s totally alright with me.

Like I said earlier, there’re a lot of great games on the market for 2011. They’re all amazing, fun or innovative in their own ways, but I just can’t cram them all into this list like my heart wants me to. Bastion is a fun action-RPG that hits hard while a narrator talks so smooth. Uncharted 3 brings back Nathan Drake for more cinematic treasure hunting across the globe. Minecraft officially released in its full glory, dropping players into detailed cube-vironments (totally a word now) to let imaginations run wild. Saints Row: The Third put a rocket launcher in one hand and a purple dildo bat in the other, then told me to run wild. Battlefield 3 surrounded me with exploding tanks and helicopters, as well as introducing the term “rocket enema” into my vocabulary.

That may be my top ten, but they’re not the only games I’ll remember this year and I’m still playing catch-up. I’m still working on Dark Souls! Be proud of yourself, games of 2011. You came fast, fought hard and wowed me more than I can ever remember. After this gaming dust storm has settled, all I have to say is… “Bring it, 2012.”