Nintendo is everyone’s favorite punching bag these days. Whether it be through the mishandling of the launch of its newest handheld the 3DS, or the lack of quality games being released on the Wii, Nintendo has taken a beating on the internet. And there might be recorded evidence that I am one of those bashers, but I’ll never give up on Nintendo. Say it’s mindless loyalty built from being brainwashed as a young child to love everything Nintendo, but that isn’t it. Like many of you I’ve had my ups and downs with Nintendo and its products but as long as it keeps releasing games that I want to play, I will buy its gaming platforms.

I have been on a major Nintendo kick lately, at the expense of some other great games sitting on my shelf. As you may know, I recently purchased a 3DS with Super Mario 3D Land and the Legend of Zelda: Ocarina of Time 3D. While those games are pretty great, it’s the possibility of a great eShop that really has me salivating. NES games 3D-ified? Sweet. Super Nintendo games on the go? I’m in. Downloadable Game Boy and Game Boy Advance Titles? Don’t mind if I do. While I have owned most of the Nintendo consoles over the years, I haven’t owned all the classic games. I’ve missed out on some of the great GBA Metroids as well as the Castlevanias that have been released on the DS. For me, the library of great games was already there so why shouldn’t I own a 3DS. The system sold itself without a great library of 3DS titles. But now that I have arguably the three greatest 3DS games (Super Mario 3D Land, Ocarina of Time, and thanks to an early Christmas gift Mario Kart 7) I’m in good shape. No buyer’s remorse here. I get to play some pretty awesome games on a platform I never thought I’d own. 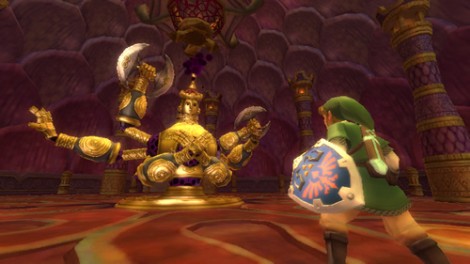 Play this game, as a favor to yourself.

Another part of the early Christmas gift package I received was a copy of the The Legend of Zelda: Skyward Sword. After playing it for a half hour before I fell asleep (work has been brutal lately), I woke up feeling not so enthused about the new adventure of Link. It seemed slow, bland, and I really didn’t know if I was in the mood for another Zelda game. However, I don’t feel that way now. I’m going to chalk that experience up to exhaustion overriding actuality. After playing it for a decent chunk of time, I’ve fallen in love with the game. It didn’t take long and I’m not even to the first dungeon yet. For the first time in a while I care about what happens to Link and Zelda and already feel emotionally invested into the fate of these characters. Say what you will about how tired the Zelda franchise is and my take after two hours might be wholly different than your own but give this game a chance. It deserves it. And gamers deserve it.

As with all Nintendo platforms of late, 3rd party support is almost nonexistent. That’s an argument many gamers make against Nintendo. To me, it’s a non-issue. Granted, I’m lucky enough to have all the major consoles, so if I want to play great third party developed software I have the ability to do so. That’s what I buy those consoles for. I buy Nintendo products to play Nintendo developed games. That’s it. If a great game comes along that isn’t developed by Nintendo I consider it a bonus. If you don’t go in looking for a GTA game or awesome multiplayer battles that Call of Duty could afford you then you won’t have unrealistic expectations of what you’re buying in the first place. Buy a PS3 or Xbox 360 for those experiences. Both of those consoles do those games way better than a Nintendo product ever could. That’s not who Nintendo is anymore and I’m afraid they don’t realize it yet.

I think Nintendo is going about the Wii U all wrong. Sure they are taking an innovative step in how you play video games with that interesting controller, but the fact that their console is only now going to be on similar graphical levels as the PS3 and 360 has me worried that Nintendo is gambling on the wrong thing. Here’s what Nintendo should do: 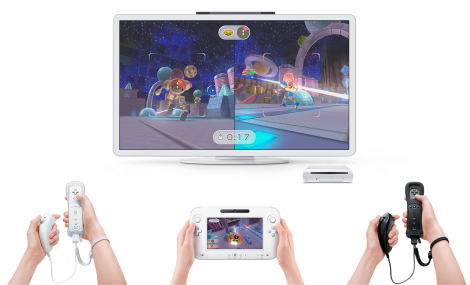 I don’t care if Skyrim is going to be on the Wii U. In fact I won’t care about any of the non-exclusive titles released on the console. I have my console of choice for those games. Make great and innovative Mario, Zelda, and Metroid games and start building some new IP’s as well. Gamers are getting tired of the same old thing on Nintendo consoles doesn’t mean grabbing all the third party pie you can fit in your overalls. It means take some of that magic and use it in new and interesting games. Create great games and the people will flock to your console. Just because the Wii U will have the same games as its competitors means absolutely nothing. Make some kick ass exclusive adult oriented games with some awesome 2nd parties. I never personally played Eternal Darkness, but what if that game was a Wii U exclusive and at the same time, awesome?

I’ll still be around

More than anything I want Nintendo to succeed. Look at how many great games the company has created in the last 30 years. Many of us have grown up right along side Nintendo, purchasing its products along the way. I will continue to do so until I’m an old man or Nintendo goes under. No matter how great the newest console stacks up against its competitors, there will always be a Nintendo branded system in my home. It doesn’t matter if it’s as powerful or underperforms its rivals. It is all about the games. Nintendo has the games I want to pass down to my children, nieces, and nephews some day. I wouldn’t have it any other way.