Meanwhile… we’ve actually been playing games. Each week we recap our recent gaming experiences and tell you what we’re looking forward to, so you can use your time more wisely than we have. The games have finally stopped coming out, that means the only thing in our way of adding to our backlog are game deals. We should be in the clear until the holidays finish up. 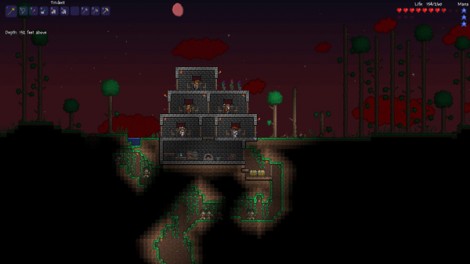 Validating it as good for both charity and the indie scene, I purchased the Humble Indie Bundle 4 and hope to tear into it once I get a bit of free time. All the games look great, but Shank has been on my radar for awhile, Jamestown looks zany and I need to give Super Meat Boy another stab.

I convinced both my brothers to buy Terraria and have really enjoyed the 1.1 version of that game. I’ve found myself building far more than exploring, but that’s because I’m waiting for the eldest and youngest Moses boys to get leveled up and equipped with some better weaponry in order to combat the “Wall of Flesh” and get going on hardcore mode. If you haven’t played this game yet, you need to give it a shot as it touches on a ton of great genres while keeping the gameplay fresh and open ended. Build all day if you want, I don’t care and neither does anyone else.

As a final note, Skyrim is on the backburner still which doesn’t surprise me as that tends to happen. I’ll eventually beat that game. 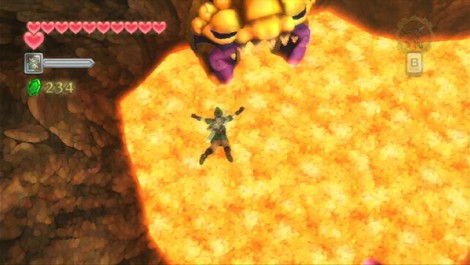 I’m making this my final weekend of playtime before finalizing my game of the year list so it’s all about 3 games and where/if they will place. I’ve been through 2 dungeons of The Legend of Zelda: Skyward Sword and I’m loving the game more and more with every minute. However, it is hurting my ability to switch to other vastly different games.

I need to finish the Gears of War 3 single player campaign to know how that series wraps and how it compares to the other sequels this year. That is priority one and it is going to require a marathon session to knock out.

I also hope to spend a bit more time with Deus Ex: Human Revolution as I just got into a groove with that game before Zelda stole my attention. It’s a hard game to jump in and out of, but when you are absorbed in the world of Deus Ex, there’s really nothing else like it. 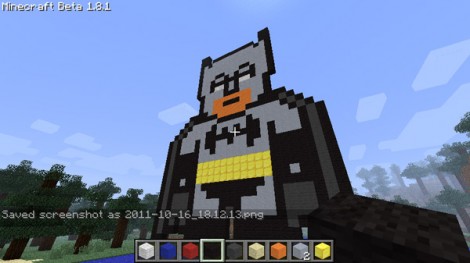 Well considering I have a 1 week old at home I didn’t think I’d have too much time for gaming recently but I was actually pretty wrong! Turns out that staying at home for 3 weeks with a newborn who sleeps a lot can bring about many good gaming opportunities. My 360 is still in the basement and the baby’s generally upstairs in a Pack n’ Play next to the couch which means that I’ve been focusing on PC and Wii games. Specifically I’ve been playing a lot of Minecraft, because what can be more productive than building a virtual fortress that only the three other people on your server will ever see? Also, I finally popped open the copy of Metroid: Other M that I got for $5 on Thanksgiving! I’ve been enjoying the game a lot actually, though I’m still thrown off by what they did to Samus’ character… Coming up will be moving the 360 upstairs and spending some more time with Arkham City! Now, off to be a Dad! 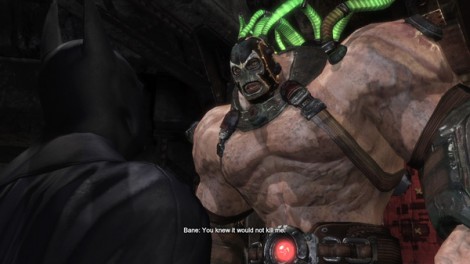 Bane is so trustworthy.

I’ve pretty much been 100% focused on Skyward Sword since it came out. It took me roughly 45 hours to get through it, and I just wrapped it up a few days ago. I did play about 5 hours of Skyrim just before Zelda came out and have been pretty excited to get back into it. I think I’m holding off for now, though. I installed Batman: Arkham City and am finally going to give it a go. Asylum was definitely one of my favorite games of ’09, so I’m pretty stoked about City. I played a couple of hours last night and think I’m going to love it.

More battles to be won.

This past week I actually pulled myself out of the seductive world of Skyrim and plunged myself deep into Batman: Arkham City. There’s something very satisfying about smashing thugs’ faces in. When I wasn’t parading around in my black pajamas (with a cape) I joined my amigos in Battlefield 3. The Back to Karkand DLC came out this week, and I am very happy with what was released. If you haven’t downloaded it yet, I recommend it.

I have an upcoming vacation which will grant me the wish of more game time so I will continue to complete Batman. Once Batman is complete I think I’ll move back to Skyrim as Batman is more of a temporary position than Dragonborn. For my multiplayer fix, you will likely find me flying around in helicopters or just playing with cool guys like Aaron and the Doctor. You know who you are. 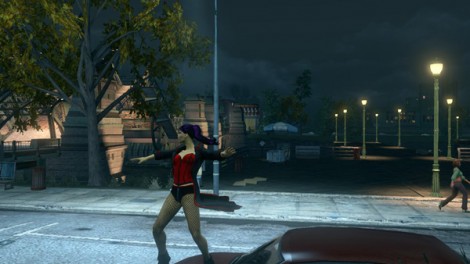 December (or what I like to call “Backlog Clearing Month”) continues with me finishing off the story modes of games that piled up during this amazing year. Saints Row: The Third got a proper and crazy ending as I rampaged through the city of Steelport, sometimes while wearing not enough clothing. Bastion might not be the longest game, but I returned to its world long enough to allow its silky-voiced narrator to show me the credits. With those two out of the way, I’m moving on to more Assassin’s Creed: Revelations, The Witcher 2 and any shorter games that might keep me from going insane before Christmas Day.

While ignoring the fact that my body might be suffering from Skyrim withdrawal, I’m keeping myself social by joining Brandon and the crew in the new Back to Karkand expansion for Battlefield 3. It’s a harsh reminder that the world is a much scarier place when you can’t use dragon shouts. I’ve heard that diamonds are forever, but rocket enemas probably are too.