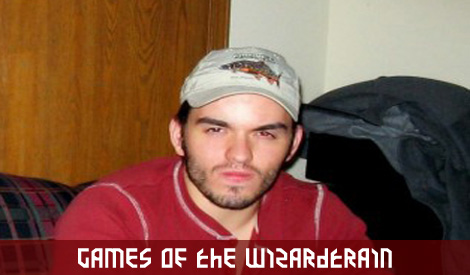 2011 was the year of unexpected derailment for yours truly as quite a few highly anticipated games got neglected as a result of stumbling across (and subsequently loving) several lesser known indie titles. I still think that 2011 was a huge year for AAA gaming, especially with the back-to-back blockbusters that “Mega Release Fall” produced. However, 2011 also represents a momentum shift in the gaming market and the big dogs now have a bunch of smaller, hungrier dogs to contend with. Next year should be interesting and I wouldn’t be surprised if the lull in 2012 releases is the catalyst needed for the Indie scene to truly explode.

Terraria – I literally saw this game previewed on PC Gamer and instantly knew that Minecraft had been usurped as my go-to sandbox-style building game. There’s an incredible amount of depth to Terraria and the recent 1.1 update could definitely go toe to toe with Minecraft’s highly anticipated full release. Re-Logic knows exactly how to create a fanbase and it’s very obvious that, like Notch of Minecraft fame, fans are more important that profit. This is the type of game that I’ll revisit for years to come. 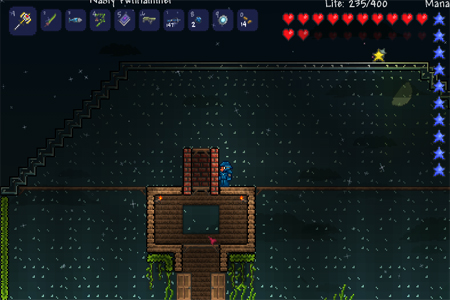 Atom Zombie Smasher – The zombie themed evacuation simulator came into my queue as part of a Steam pack, but it’s impact was way above that of most other “accidental” purchases. Probably one of the most infuriating games that I couldn’t put down, AZS rekindled my relationship with the inner completionist and was one of the few games featuring the undead that actually brought something new to the table (it was also one of the few zombie games that had a soundtrack composed entirely of surf music).

Dungeon Defenders – Even though tower defense is the easiest genre to lump this game into, that definitely doesn’t do enough to describe the highly addicting mechanics that highlight Dungeon Defenders. The cooperative multiplayer is set up in a way that working as a unit is recommended but not required (though playing rebelliously or on your own isn’t quite as fun). All of the characters (8 at the time of this post) can be customized to fit many different roles and play styles so it’s easy for anyone to pick it up and start busting up goblin parties. While the combination of tower defense and direct action is fun, the multitude of equipable (and fully upgradeable) items makes the package that much more appealing for those that like to see constant progression.

Renegade Ops – Unlike the previously mentioned games, there’s nothing all that unique about Renegade Ops. It doesn’t turn the combat driving genre on its head nor does it feature a compelling storyline or stylized graphics. Where Renegade Ops shines is an area that some games seem to miss out on and that’s the fun factor. I had a blast blowing through this game and blowing a ton of stuff up along the way. It only helps that the game feels like a spiritual successor to GI Joe, though the bullets and missiles actually kill people in Renegade Ops.

Orcs Must Die! – I would have said that towers were probably my defense of choice before playing Orcs Must Die. Now that I’ve spilled the crimson blood of thousands of the green monsters, I realize that I may have more of an affinity for traps. This game came out around the time that Dungeon Defenders did, and I made the mistake of assuming they were too similar, thus justifying my passover of the game. After getting it for $3.75 during a Steam sale, I’m happy to admit I was wrong. There’s nothing more satisfying than watching Orcs mindlessly navigate a complex arrangement of traps.

The Elder Scrolls V: Skyrim – Duh. That is all I really need to say about Skyrim having a place on this list. I have to admit that I’m really intimidated by this game. There is just so much to experience and I feel like I can’t give it justice with a couple of hours of adventuring here and there. Despite that, I’ve poked around and wasted almost 20 hours in the Nordic land, but knowing my tendency to put 100+ hours into Bethesda game I can safely say that number will probably quadruple. Winter is here and with that adverse travel conditions, so I’m counting on Skyrim’s wintery wasteland to act as an escape from my own.

Trenched (Iron Brigade) – This game is featured on this list because it will go down as my fastest completion-and-review-turnaround to date. I enjoyed it for the same reasons I enjoyed Dungeon Defenders in that the multiplayer is enjoyable, there is a ton of customization and actually controlling your mech staves off the boredom of the place-and-wait strategy that most tower defense games rely on. The name change did confuse me as it’s kind of weird that there is another game named Trenched out there, but a generic name like Iron Brigade was still available. That’s neither here nor there as I need to focus on an upcoming battle with a Martian Bear. 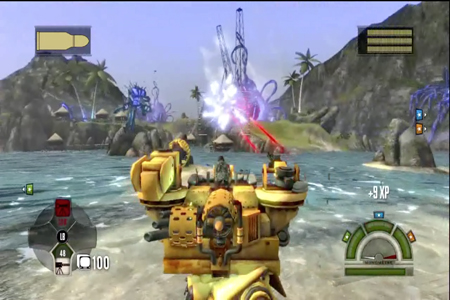 Gears of War 3 – I am really really sick of Gears of War 3 right now (even writing this short paragraph is a bit nauseating). After two gaming marathons of no less than twelve hours and a couple more extended play sessions in between, I’ve had more than my fair share. This may seem like reason enough to keep it off my end of the year list, but the time I spent with Gears 3 was some of the best gaming I’ve had in quite a while. The game was one of 2011’s best examples of perfecting an already great product and I’m looking forward to my over-consumption of Epic’s masterpiece to wear off (did the same thing with Macaroni and Cheese during Thanksgiving and am happy to report I had a bowl last night).

Dead Island – It wouldn’t be an Ethan Moses list without two zombie games being featured, so Dead Island slips though to get a coveted spot. It’s not a perfect game by any means, but it is entertaining and the satisfaction of smashing a zombie’s face with a nail filled bat is only second to crushing a group of Orcs with a spiked log in Orcs Must Die!. This game is currently on the backburner, but my plan is to finish it off after I catch up on Season 2 of The Walking Dead. As an unexpected bonus, it somewhat prepared me for the FPS combat I’d face in Skyrim.

Space Pirates and Zombies – I had a ton of fun with this game and am likely to pop it in now and again to get my space battle fix.

Dawn of War 2: Retribution – Retribution was one of my more anticipated titles last year, but despite featuring 7 new single player campaigns I was pretty warhammered out from Dark Crusade by the time I got through the Tyranid and Imperial storylines.

Fallout New Vegas: Old World Blues – New Vegas had at least one DLC that was worth downloading, so if you’re thinking about prolonging your time with that game, this is the way to do it.

We need to talk

Every other piece of Fallout: New Vegas DLC – None of them were bad as much as they seemed misguided, but I was still pretty bummed about not having an experience like I did with Broken Steel and Point Lookout.

Dungeons – It was my fault for thinking this was going to be the next Dungeon Master, but that doesn’t excuse some iffy controls and mechanics.

Rage – I’m not upset that this game wasn’t the next Fallout as much as I’m flabbergasted by some of the design choices made. There was just too much time put into making it appear more open world than it was. That being said, there’s a good chance this game is also part of the next category.

We should get a drink sometime

Saints Row: The Third – You look fun; hopefully Josh Lee or Lacey will join me in a threeway sometime in the future.

Uncharted 3 – I liked our last two encounters, but I’m told you feel more like a movie than a game. Say it ain’t so.

Modern Warfare 3 – I’ll probably rent you and see where your single player goes.

Battlefield 3 – Be patient, you were on my Christmas list.