This week’s REPLY TO ALL focuses on the fact that more and more games are becoming less about winning and more about collecting achievements/trophies. We examine that fact by taking a look at ourselves and how we play the games we buy, rent or Gamefly. This week’s topic was based on this article from Wired: Why Aren’t Games About Winning Anymore?

I feel a certain satisfaction when I finish a game, which is something I haven’t been very successful at in the past. I kept getting distracted by side quests and in game collectibles so much that I would become bored with the game. You see, like a lot of other people I have the collector’s gene just dying to get out, but I rarely let it. I made it a point in the last year to “finish the fight” and have largely succeeded. My goal has been to see the end of the game and feel that accomplishment in knowing that I got my money’s worth out of it. What are some of the things you guys hope to get out of each game you play? I like to get achievements/trophies as much as the next guy, but rarely have the patience to try and get them all. I know there are some people out there who are so-called achievement whores and play horrible games to up their gamerscore. If that’s the goal you have when you play games, good for you.  I just think that in the limited time we all have to play games, they should be the good ones that we enjoy. 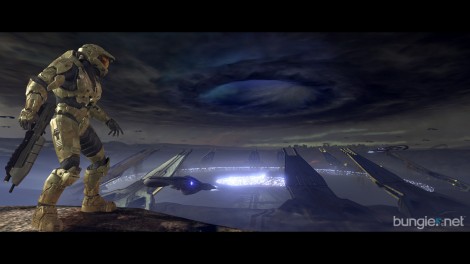 I like how the guy who doesn’t own the system where he can “finish the fight” is better at sticking to that motto than myself, who actually beat Halo 3. I have proudly turned into an achievement whore. I’m not yet buying games solely for the easy achievements, but I am driven by them in the games I own. Honestly though, I think achievements are a brilliant guide to getting the most out of the games you really enjoy. I find them as a good measurement for the depth of conversation I can have about a game with specific friends, and bragging rights to some degree. Yet, my overall gamerscore doesn’t mean anything to any of the gamers I play with, just the gamerscore within the game in question. In that respect, achievements/trophies have replaced high scores and are my driving factor.

I think I’ve experienced my own evolution along with the games themselves. As they became more and more about achievements and less about a singular goal, I became more and more obsessive about them. The thing is though, for me, it’s not really about the actual achievements themselves, or even the gamer score, it’s just this nagging feeling that I am somehow missing part of the game if I don’t collect all the feathers or pieces of heart or unexplainable mugs of hot caffeinated beverages, laying around the woods. I honestly would not care if none of it was public, if no one knew my gamers score or saw my achievements at all. I’m really not sure if this is better or worse than being an achievement whore. Probably worse… at least for sanity’s sake.

Also, the article mentions the idea that someday, mundane tasks in everyday life will be a game but says we’re there yet. I hate to tell this guy, but we’re not far off. With Foursquare, I get points for going to the most menial places and I get a special title (achievement?) if I go there more than anyone else! Come to think of it, despite all that rambling I just did about not caring if people see my achievements publicly, I did momentarily think about finding the guy who ousted me as mayor of the Korean spot down the street from my school and having him jumped. But only momentarily. 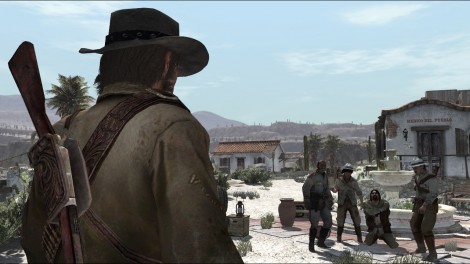 Seriously though, it occured to me while watching my roommate play through Red Dead Redemption that my previous statements fail when it comes to the Rockstar style sandbox games. I have honestly never finished the story missions in a GTA game. I get too distracted by things like shooting down helicopters or stealing tanks until I eventually get bored with the game.

Good article. I’m not sure totally agree with the title, though. Games for me have never not been about winning. That double negative makes a positive and says they’ve always been about winning. The addition of achievements in today’s games doesn’t really make the completion of a game any less appealing to me. Now… that doesn’t mean that they don’t get me distracted from the end goal sometimes… and sometimes enough, like Cole mentioned, to get bored with the actual game before I finish the story. I try to look at achievements more as bonus, system-level side quests. If you take a step back from the game itself you can look at how that game can serve to get you more points and further your overall “gamerscore”.

Now that I’m thinking about it, “gamerscore” is actually a really good title for the cumulative points you can achieve. In general, I’ve gotten to the point where I just try to stay focused at a game level and work on accomplishing what the game itself has to offer first. The biggest achievements usually come from that alone anyhow. Once I’ve done that I might come back (if I liked the game well enough) from a system level and see how I can continue to use that game as a vehicle to get more points. My problem in not finishing games is that I get distracted by other games… and then more other games… and so on and so forth. I’m trying to work on that problem. You wouldn’t know it though, considering I ordered two more games this morning to add to my impossibly long queue.

Here’s my take. Gaming has changed a lot. Arcades were all about making money by getting kids to feed in quarters, so those games tended to be about high scores. Console games started as being pretty similar to arcade games, but since you didn’t have to pay per play, it became more about beating a game. However, you had a limited supply of lives, so beating a game was pretty hard. I use to be able to count on one hand the number of games I’d actually beaten. (Power Rangers: The Movie being one I remember). 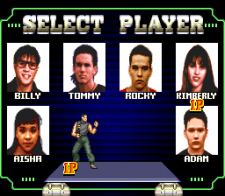 An Easy Game to Beat

These days, dying in games doesn’t really mean anything. You just keep trying until you make it, and beating the game is something that will always happen as long as you maintain interest.  That combined with the way everything is social these days, I think achievements and points are the logical next step. Also, with games setting you back $60 that you can beat in 10 hours or so, it’s nice to have a list of achievements to keep you busy for a little while longer.

Tommy (Blue Awesome) hit on two VERY interesting points. Ya, I yelled that “very.” The fact that dying doesn’t mean anything, is very true. Anymore everything regenerates, ammo, health. Yet if you take away death entirely (Prince of Persia) everyone loses their shit. I wish I could explain health regeneration to my original Contra friends. The games are trying to focus on fun, but they have to trick you that they aren’t that easy. Let’s face it, what was the last traditionally hard game that you saw through to the finish? (see our early REPLY TO ALL)

As for arcades vs console games. I think arcade high score mentality is coming back. Thanks to online leaderboards and our ever increasing friends list on our favorite consoles. I started noticing it in games like The Club, and a lot of Xbox Live Arcade games, like Geometry Wars 2. Blur upped the ante a bit with their leaderboards for everything mentality and their constant prompting of sharing your exploits with your friends through any means possible. Next, Bullestorm is absolutely going to beat you senseless with it’s arcade-like scoring system emphasizing “skills for kills.” I’m all for increased emphasis on leaderboards and scoring systems for games that it fits in. I love how it all comes back around.

I remember saying to myself when I bought Fallout 3, that I was just going to jam through the main story and hit all the side quests later. Of course that didn’t happen and I never finished the game. At a certain point I thought, “this game is overwhelming” and I gave up. I keep talking myself into buying these huge games to get my money’s worth but then I rarely finish them. In the past year, some of the games I’ve finished were: Metal Gear Solid 4, Resident Evil 5, Batman: Arkham Asylum and Uncharted 2. These games have one thing in common: they are all relatively short. I keep telling myself that I will go back and play these games to get all of the trophies/achievements but I rarely do. Part of me wants to and yet part of me wants to move on to the next new game. So while I can see the appeal of achievements and think that I have that achievement whore spark inside of me, it’s just a spark. It never develops into a full flame. And part of me wants to be grateful for that.

The RPG side of you is dying if short games are your main draw these days. I think you are right though, achievements are at their best when they keep interest in the game inbetween memorable moments. They can’t be the only focus or it’ll end up being a joke like that Avatar game (Airbender not James Cameron). 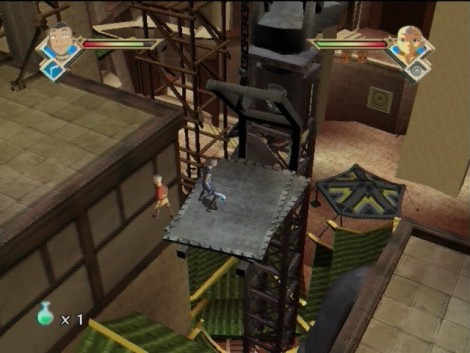 I proudly got all 1000 gamerscore for the Avatar Last Airbender game in approximately 5 minutes, put it back in the GameFly sleeve, and mailed it off.

I wasn’t aware of this Avatar achievement craziness…. I could use a 1000 point bump, though. Hmmmmmm.

I’m with you though, Cole. I rarely actually go back into a game just to get some achievements, because I’m ready to move onto the next game.Too many games, not enough time.

The problem isn’t that I’m “ready” to move onto the next game, it’s that I have a next game. I shouldn’t be allowed to buy a game until I meet all the goals I set out for the current game. We should document this.

Also, Tommy/Rob, way to be a part of the problem, you whores.

I’m not officially a part of the problem yet. Can I borrow your copy of Avatar?

Yeah that’s a good point right there. I need to chill out with the buying sometimes and focus on the many games I haven’t even finished… It’s just tough when something cool comes out… especially if it’s just an Alexander Hamilton and a download away.

A few different issues come up when talking about games and winning. It seems like more and more games these days are becoming focused on trophies/achievements. New games on the horizon like Bulletstorm, seem to turn that on its head and go back to the high score days of old. We will have to wait and see how our styles change as the game industry moves forward and brings us new ways to play their games.