Meanwhile… we’ve actually been playing games. Each week we recap our recent gaming experiences and tell you what we’re looking forward to, so you can use your time more wisely than we have. Looks like the crew found a new job, that isn’t appropriate to talk about with their families. The rest of us aren’t jobbing, we are just playing whatever feels right. Some games from this year, some from two years ago. Don’t judge us. 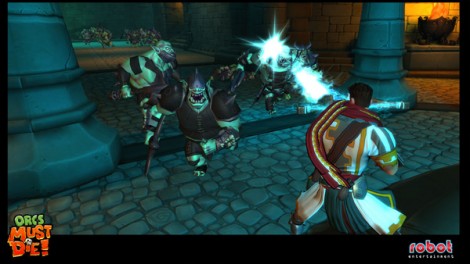 They aren't dead yet?

I’ve been playing a ton of games as of late, despite the fact that I thought I was going to be really freaking busy in December. Skyrim is on hold until I can give myself a reasonable amount of time to dig into that game as short play sessions are impossible.

I finally finished up Orcs Must Die! this past weekend and am excited to get into the Nightmare levels that are unlocked after completion of the initial game. This will be my completionist game of the year and my goal is to get in the top 100 in terms of high score. The scoring system, while complicated is something I feel very comfortable with and think I can master it, though playing other games will probably keep me at a moderate ranking.

I also finished Renegade Ops (I just want to note that this never happens) and if you couldn’t decipher it from my review, it was an awesome game. I hope to god there is DLC sooner than later.

In between all the other gaming, Hittle and I ressurected our passion for all things Command and Conquer by playing some Red Alert 3. We’d gotten pretty good at C and C: Generals, but the zaniness that defines the Red Alert series has thrown us for a bit of a loop. It’s not about just blowing up your adversary as much as it is shrinking them, freezing them, sucking them into the air or attacking them with animals. I like the not so serious approach to the units and am continually amazed at the different ways I can get my butt handed to me. 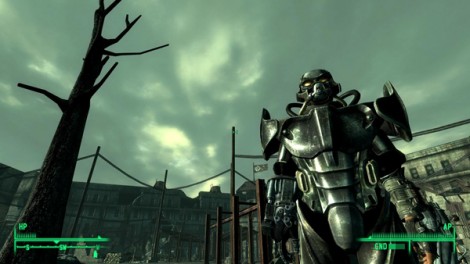 I managed to fine my way back to the wasteland here recently. I had put Fallout 3 away a few months ago and wasn’t sure how easy it would be to jump back in. Since I’ve been home for the past few weeks with my new little gamer, I’ve been able to get some quality game time in, and to my surprise, jumping back into Fallout 3 wasn’t a problem at all. I’ve been blowing through the game. I actually think I’m about to wrap up the main storyline so I’ll probably stay focused until I at least finish that. We’ll see where it goes from there as far as the rest of the DLC I have from the GOTY edition.

Once I either finish or give up on Fallout 3, I have Rage sitting in the cabinet. I’m really excited to finally get to that one. I’m sure between Fallout and Rage the rest of the year is probably taken care of. If I manage to finish both games, I can always go back to my quest for 100% in Super Meat Boy. That’s a very daunting task but I’ve made good progress, and slowly creep my way towards victory with each play. 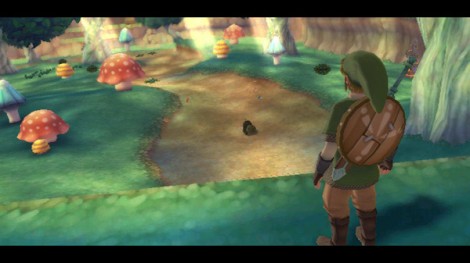 Am I in the wrong kingdom?

Gaming. It is serious business. I’ve been way too focused on my GOTY contenders queue and making steady progress through Deus Ex: Human Revolution. I finally figured out how to play the game! But then, I read Aaron’s The Legend of Zelda: Skyward Sword review and it confirmed that I needed to try and play as much of both of these games as possible. Then something odd happened when I put in Skyward Sword. I was dreading playing through the beginning as I had heard it was slow (much like Human Revolution) and I was really anxious to just get into the meat of both of these games so I could start to form a decision. You know what? I love Skyward Sword already, the “boring” part completely pulled me in. It has already setup my favorite relationship between Zelda and Link in any of the games. I’m motivated by the story, never thought that would happen. Also, when I wasn’t paying attention I realized I’m having a lot of fun with the game. Damn you Nintendo, you got me again. 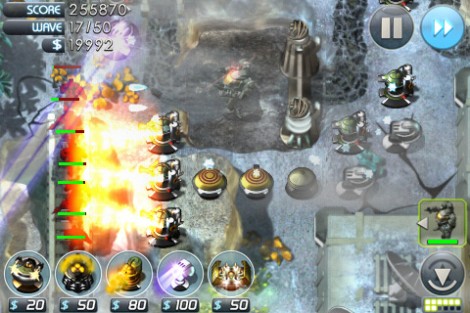 These towers also need some defending.

I feel like I haven’t played a lot of games in the last week, even though I realized that I have gotten plenty of gaming in once I started thinking about it, I’m just not not used to regular gaming on a tablet. I just wrapped up Halo: Combat Evolved Anniversary on Heroic and, while it wasn’t a new experience, man, that game is/was good. I do miss not having a big end-boss, but the old-school race-out-of-the-castle-with-a-countdown inspired warthog run (ooops. spoiler alert! Sorry,) almost makes up for it. Once I finished Halo, I was kind of at a standstill because with it being Christmastime, I’m spending more of my discretionary income on presents for other people, so going out to pick up Assassins Creed Revelations, Skyrim isn’t an option…so I’ve turned to the Android Market and really started getting into Sentinel 3, a tower-defense game with the added bonus of a mech and weapons fired from your orbiting base ship. With a high-res package…well, it kept me up until 1:30 last night. 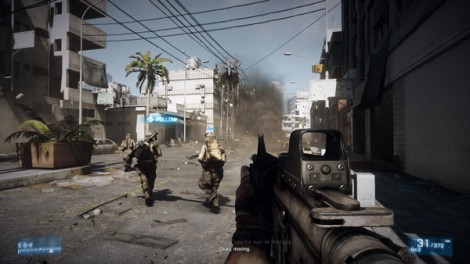 This past week I’ve been focusing on my archery and assault rifle skills. Yes, that’s right. I’ve been Skyrimming (it’s a thing), and playing Battlefield 3. I’ve also made sure since I can’t conceivably ride a dragon right now I’ve been flying helicopters with some friends. I could be more cheeky, but I think you get the picture. Next week looks a lot like this too. 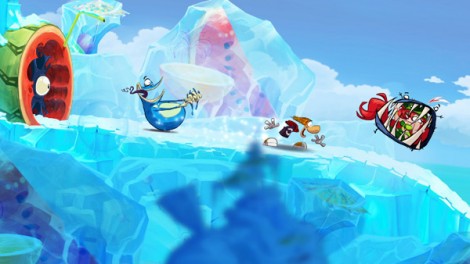 Doesn't look fun at all. For people without souls.

Dude, I’ve totally been Skyrimming too! Just I call it my Skyrimjob. Not in public though. Until now. Oh boy…

I recently made use of Black Friday to grab what might be the last games I wanted for 2011: Battlefield 3 (360) and Rayman Origins on the Wii. Other than all the time I’ve spent playing Skyward Sword, the Wii has been pretty useful in playing games with my wife again. Rayman might not look near as nice as it does on the other consoles, but we still have more than enough fun. I enjoyed officially joining the Horrible Night squad on Battlefield 3 too! Shooting, dying, reviving, dying again… These words should be large, bold and on the back of the case. Can’t wait to do it again! As long as it might potentially delay our next attempt at Gears Horde mode. My mind isn’t currently ready for the torture. 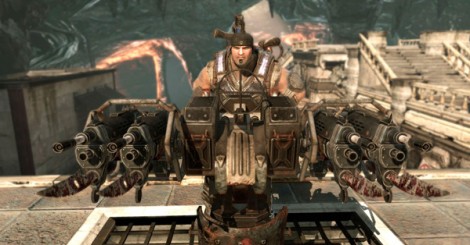 As I wrap my first semester of school in about 6 years, I intend to put a bow on 2011 with a lot of video game time. There are plenty of games that I need to finish that are lying in my backlog. First and foremost I have to finish the campaign on Gears of War 3 so I can progress to playing the story in co-op. (I’m now taking applications). After that I feel that I may progress to trying to gain some progress on Batman: Arkham City back over the holidays as well. I do love beating down convicted criminals, but I am NOT looking forward to fighting Freeze all over again. It was a killer boss fight, but tedious as all hell. After that I will spend more time working on my Skryimjob as well. I also need to finish the Battlefield 3 campaign as well. Most of my multiplayer time will be spent with my platoon of merry soldiers. There will be plenty of rocket enemas for many unsuspecting noobs on the internet. I am well aware that there are many inside jokes here in this post, but you should join the fun to help create literary gems as well. I also have many 2010 games to work on as well, but more on that next week …

2 Comments → Meanwhile… How Much for a Job?