I know one business I’m never getting into: plumbing. Sure it could lead to getting your own reality show on ghost hunting but is it worth dealing with the waste of humans on a day to day basis? Oh, and there’s always the outside chance you’ll be sucked into a drain, flushed away to some far off land to live out a nightmare Groundhog Day scenario for the rest of your life. Though, if that does happen I’ll be prepared thanks to the lessons I learned from Super Mario 3D Land. 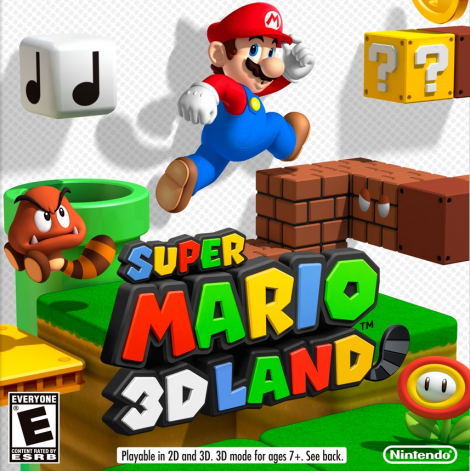 I learned something today. Have you ever fancied yourself an eater of exotic foods? If so, have you ever tried a leaf, a flower, or the most vile “food” known to everyone as mushrooms? Did you know that each of these three items grant the indulger three different abilities that might become useful if you are ever faced with a giant fire breathing half turtle/half lizard monstrosity who kidnaps princesses (well actually the same princess over and over) on a regular basis? If you eat a certain leaf (fraxinus tanookicana) it will give you the power of a certain PETA protected member of the raccoon family. Your ability to fly has been restricted since the last time you ate the leaf in the Mushroom Kingdom (the MAA [Mushroom Aviation Authority] has locked down personal flight due to terroristic airships). If you eat a certain flower (lilium firaga) you gain the ability to spit fire. What better way to defeat a fire breathing half-breed that using his own weapon against him? Finally, the mushroom (amanita muscaria). I, for one, hate mushrooms and would never dare eat one. I don’t care how tall I grow or how many balls I trip. It ain’t happening. But the ability is there if you so desire. All these will help you in your quest for booty. I mean, to save the princess. Thanks, Super Mario 3D Land. 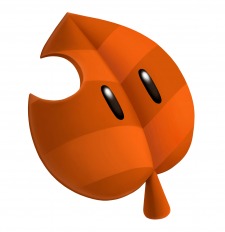 I learned something today. It is said that within the current world everyone has at least one lookalike. Sometimes they might be a famous person (who you keep telling everyone that you look like, even though you look nothing like Matt Damon). Sometimes they might be an ordinary tax paying citizen. Normally, you don’t have to be on the lookout for your doppelgänger, unless said doppelgänger goes on a 5 state murdering spree doing copious amounts of blow off the asses of hookers and changes their appearance so now you are the only suspect. Outside of that scenario, there is one other instance where you need to be mindful of your surroundings at all times. The appearance of a black and purple poisonous copycat. This being will be a couple of steps behind you in everything you do, but will mimic your actions to a T. If you happen to be an excellent parkoursman then watch out. If you mis-time a jump and need to go back, be sure the black and purple being is far enough away that you can attempt the jump with no difficulties. If you touch it, you’re dead. Or at least shrunken. He will have you singing “black and purple, black and purple, black and purple” all day. You already hate Wiz Khalifa. That hatred will grow. Thanks, Super Mario 3D Land.

I learned something today. Even though I want to avoid Groundhog Day scenarios at all costs, I do take some lessons from the people of Punxsutawney and their lovable groundhog, Phil. Though there is a major difference between me and the groundhog. I don’t fear my shadow. I trust it like I trust no other. Your shadow is a friend that never leaves your side. Sometimes on cloudy days, your shadow hides but I can’t blame him. I’d rather be hiding than outside on a cloudy day. However, when it is sunny you are never alone. Who needs imaginary friends when you’ve got a real life one following your every move? Besides being rich and famous, I envy international soccer players. Sometimes they have 4 shadow friends. I guess that’s what you get when you’re rich. While your shadow is an important companion, it can also help you survive. Need to make an outrageous leap to a teeny tiny platform below? As long as your shadow shows up on the platform, you’re safe. So trust your shadow folks. It’s friendly and will keep you safe. What more can you ask for. Thanks, Super Mario 3D Land.

Boomerangs aren’t only useful to Link

I learned something today. I have a friend named Link. He likes to go off on great adventures too and his goals are eerily similar to mine. Though he is often faced with more difficult challenges, it doesn’t mean I can’t take some of use tools and implement in my own adventures. You see, ever since these damn “boomerang koopas” started coming around I’ve been flummoxed. Sure, I have weapons of my own but those damn turtles jump around so much that it’s hard to hit them with my fireball. I’ve proven that to be successful you have to fight fire with fire, so I visited my buddy Link during a fighting tournament and asked him for advice. He showed me the boomerang and all its magical properties. Not only can it stun your enemies, you can also use it to collect rupees. I thought to myself, “What a perfect addition to my arsenal!” After making a few adjustments (like being able to kill instead of just stun) I took the boomerang out for a spin (pun intended). I was killing fools left and right. Collecting coins high and low. And even when I set boomerang to stun, my enemies were a lot easier to just stomp on than before. Maybe next time I’ll try that sword of his. Thanks, Super Mario 3D Land. 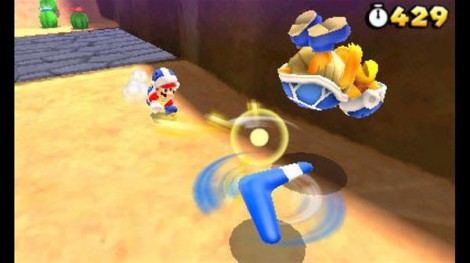 I didn’t realize all the cool toys that plumbers had access to. All I have to remember is to trust my shadow and watch out for doppelgängers. Maybe being a plumber doesn’t sound like such a bad job after all. Now, what to do about my annoying brother? Thanks, video games.